I came to Virginia from Philadelphia in 1972 to attend Washington and Lee University in Lexington. I liked the Commonwealth so much that I decided to live here permanently. I have practiced in the City of Fairfax since 1980, serving as the City Prosecutor for Fairfax City from 1980-1985. During that time, I served as chairman of the Fairfax Bar's Generald District Court Committee and its Public Relations Committee.

I have lived in Warrenton, Virginia since 1985, and my wife and I raised our children in Fauquier County. Since 2005, my law firm's increasing business in Virginia's Piedmont Region has caused me to divide my time between our firm’s Fairfax City and Warrenton offices. My practice emphasizes civil and criminal litigation and personal injury law. I have tried numerous cases before judges and juries throughout all of Northern Virginia.

I served in the Army and Army National Guard from 1979 to 2004. I spent my first 7 years as an Infantry officer and my remaining 18 years as a "JAG", an Army lawyer, and retired as a lieutenant colonel. My military experience, and working my way through school, give me a “real world” perspective that is invaluable in understanding the concerns of my clients and giving them appropriate counseling and advice. I draw on this experience in and out of the courtroom to devise practical approaches to counseling and litigation. I carefully review the facts of each case and then work with each client to either structure a resolution or take the matter to trial. 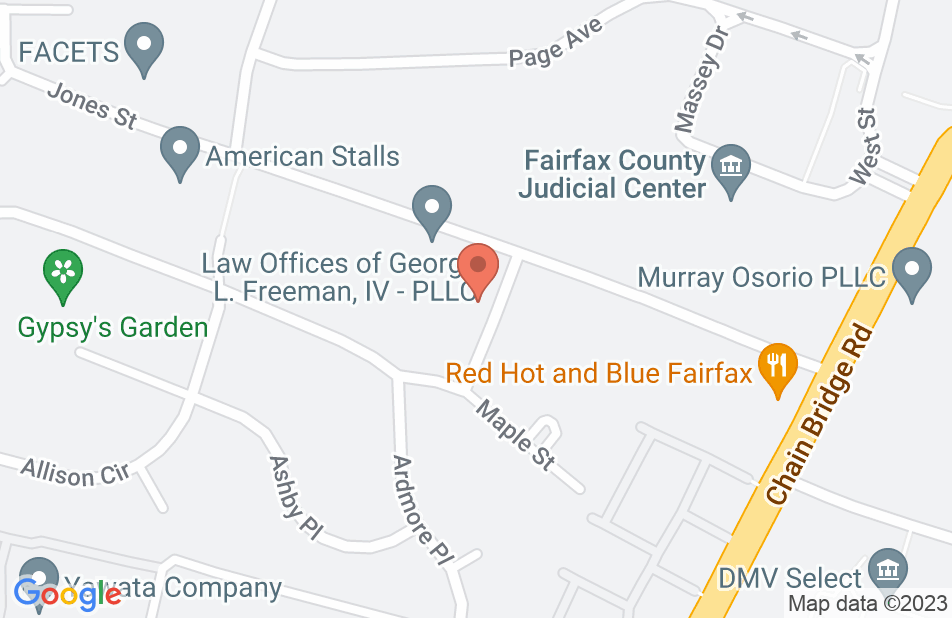 Not yet reviewed
Review Mark Sharp