Mr. Slutkin regularly obtains million dollar plus settlements and verdicts for his clients. In fact, he has been trial counsel in some of the largest multi-million dollar verdicts and settlements in the area.  The following are headlines from some of his recent cases:

“Verdict Awards $2.8 Million In Suit Against Doctor, Hospital,” The Sun

“$2.5 Million to Estate of Administrative Law Judge in Med-Mal Action," The Daily Record

"Suit All In The Family [$1.8 million verdict],” The Daily Record

He also has been counsel in several business litigation matters that have resulted in recoveries of over $100 million. For example, he and his partners were lead counsel in a $276 million fraud verdict in Baltimore against First Union National Bank. After that, Mr. Slutkin and his partners represented the Federal Deposit Insurance Corporation in its fraud case against Ernst & Young arising from the billion-dollar failure of Superior Bank in Chicago. That case netted the FDIC $125 million from Ernst. More recently, in a case that settled for $190 million, the trial judge observed in a written opinion that the result appeared to be “the largest settlement of a Class Action founded upon allegations of sexual abuse.” The judge further stated that the “unprecedented results would not have been achieved without the unique judgment, care, resources, determination, talent skills and experience” of Mr. Slutkin and his colleagues. According to the court, Mr. Slutkin and his colleagues “made persuasive and credible arguments” during the litigation and achieved “remarkable success.” The court also said that the settlement was “extraordinary,” was “a remarkable result” and was reached in a “speedy and efficient manner.”

Mr. Slutkin has been an adjunct professor at the University of Baltimore School of law since 2002, where he has taught Litigation Process and currently teaches Medical Malpractice Litigation. He also is a former faculty member of the Maryland Trial Advocacy Institute, where he demonstrated and taught trial advocacy to Maryland attorneys. He also has taught seminars for the Maryland Institute of Continuing Professional Education of Lawyers, and his court filings have been published by West as forms for other lawyers to use. At the invitation of leading hospitals in Maryland, he has spoken to groups of physicians on the subject medical malpractice litigation, and how to avoid it. Mr. Slutkin also is the former Chairman of the Board of Directors of The League For People With Disabilities.

Mr. Slutkin has been given an AV® Preeminent™ 5 out of 5 rating by the Martindale Hubbell Lawyers Directory. This is the highest rating for lawyers, signifying “very high to pre-eminent legal ability and very high ethical standards as established by confidential opinions from members of the Bar. As a result of this rating, American Lawyer Media and Martindale Hubbell chose Mr. Slutkin as a "Top Rated Lawyer in Personal Injury Law" in 2013 and a "Top Rated Lawyer in Medical Malpractice Law" in 2014.”

Mr. Slutkin also has been included in the publication "Best Lawyers" in 2012, 2013, 2014 and 2015. In 2012 his peers voted him Baltimore's "Lawyer Of The Year" for his representation of victims of medical malpractice. This is a special honor as only a single lawyer in each practice area and geographic area is honored as the "Lawyer of the Year." Lawyers honored as "Lawyer of the Year" are chosen based upon particularly impressive voting averages received during a peer-review assessment with thousands of leading lawyers each year. According to Best Lawyers, the designation "Lawyer of the Year" reflects a high level of respect a lawyer has earned among other leading lawyers in the same community and practice area for ability, professionalism and integrity.

Mr. Slutkin also is a member of the Peer Review Committee of the Attorney Grievance Commission of Maryland, which evaluates the ethical conduct of attorneys charged with misconduct, for which he repeatedly has served as Chairman of various peer reviews. 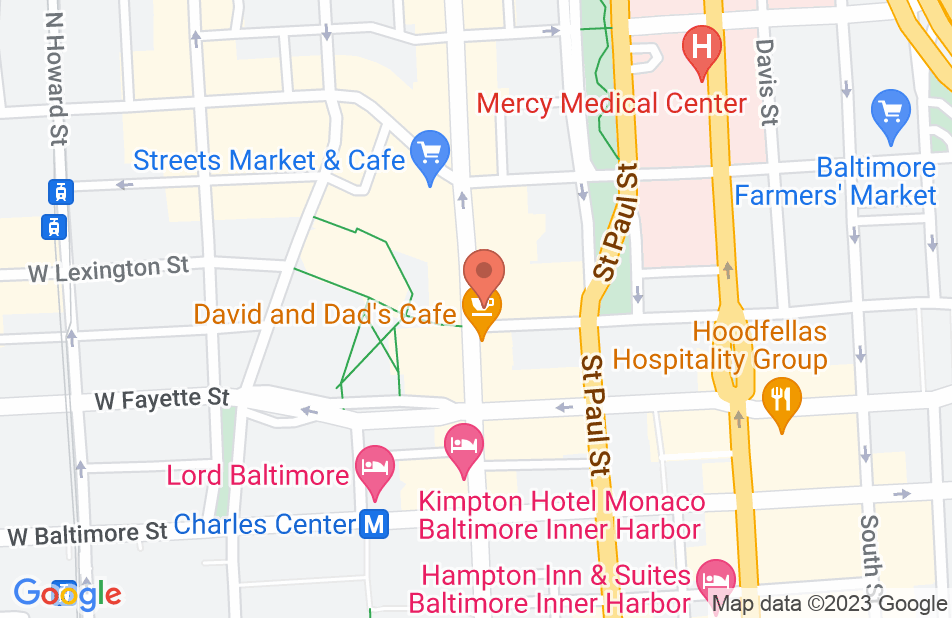 Great Lawyer and staff, very diligent and organized about gathering facts and information. Keeps you informed every step of the way. Very helpful with explaining the process in layman's terms and offering sound advice. Successful negotiations with settling the suit. Overall very satisfied with the results and work done by Andy and his team. I would highly recommend.
This review is from a person who hired this attorney.
Hired attorney

a lawyer with excellent talents!

Andy is an incredible person and lawyer. He studies the case and works hard preparing. He takes over the courtroom, but always very professional and courteous, but all eye and ear are on his every word when he speaks, and presence his well thought out case. I was scared, knowing nothing about the legal profession, but Andy stuck with me every step of the way. He was always patient, understanding, caring, and so helpful! no matter what it was, he had the answer for me and gave me the encouragement to keep going. It all was pretty stressful for me, and I had a hard time focusing on anything, so I put 100% trust in Andy. With kid gloves he lead me along, and I got through it all. But if it hadn't have been for Andy the "man", with his down to earth style, his kindness, compassion for helping people, and his patience, I don't know where I would be now! I knew I had a special lawyer, when he felt like family to me, and I almost was sad,(almost) to see the case end, because I knew that friendship would too. Andy Slutkin is an amazing person, and it has been a great honor to have had him as my lawyer, NO one could have done a better job! I will forever be grateful for his friendship and all his hard work! Kathy Funchion
See all reviews

I have worked with Andy on several matters. In fact, he was a partner at my father's firm for many years when I first began practicing before leaving to go to his current firm. Andy is one of the best trial lawyers I have had the pleasure of working with and I certainly would recommend him to anyone needed quality representation in a medical malpractice case.