Wayne Cohen has been recognized both locally and nationally by the media for his work.  He is the founder and managing partner of Cohen & Cohen, P.C. Mr. Cohen is an AV-rated lawyer, whose practice is concentrated in the areas of medical malpractice, wrongful death, automobile accidents, product liability, class actions, and other personal injury areas. In short, he has devoted his professional career to representing the rights of the injured. Mr. Cohen has appeared on numerous occasions in local and national television shows and print media. Mr. Cohen has been called one of "Washington's best lawyers", one of Washington's "top 40 lawyers under 40," one of "Washington's top trial lawyers," one of "the 50 best lawyers in Washington," and "one of the city's most feared personal injury lawyers." (Washingtonian Magazine, November 2017, November 2015, November 2013, November 2011, December 2009, July 2006, August 2004, April 2002, and June 2001, respectively).The Washington Examiner identified Mr. Cohen as a "prominent, personal injury lawyer" on January 31, 2006. He was named in The American Trial Lawyers Association's 2008 Top 100 Trial Lawyers in the District of Columbia. Mr. Cohen has been named as one of Washington DC's Super Lawyers for 2011, 2012, 2013, 2014, 2015, 2016, 2017, 2018 & 2019.

Mr. Cohen has been an Associate Professorial Lecturer of Law at The George Washington University Law School since 1993, where he currently teaches Trial Skills. He is also the former President of the Trial Lawyers Association of Metropolitan Washington D.C. (TLA-DC, D.C. branch of ATLA), is a former Board of Governor of the TLA-DC, a member of the Association of Trial Lawyers of America, former Chairman of the Litigation Section of the District of Columbia Bar Association, and the former chair of the Injury to Persons and Property Section of the D.C. Bar. Mr. Cohen also served a 2 year appointment to the Attorney Grievance Commission of Maryland, Peer Review Committee. Perhaps it was The Wall Street Journal in a feature article on Mr. Cohen which most clearly identified him, as "brash, aggressive, and enterprising." Mr. Cohen, who is a former amateur boxer, zealously pursues his cases and has won millions of dollars in settlements and verdicts for his clients.

Mr. Cohen’s experience has been recognized locally and nationally on television shows, print media, and radio. 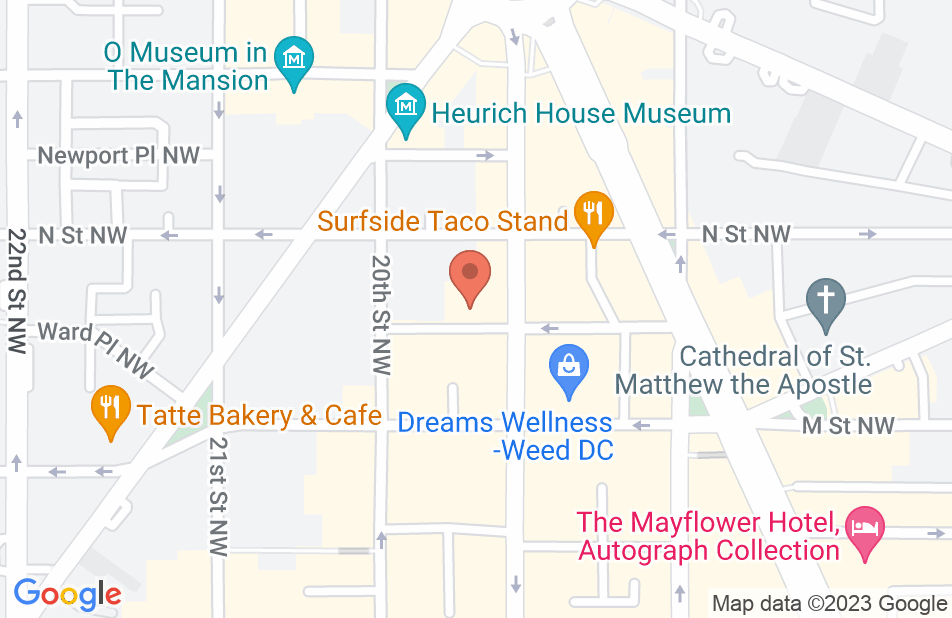 Mr. Cohen provided excellent advice regarding how to resolve a thorny traffic citation issue. The end result was a dismissed case. I would strongly recommend using Mr. Cohen in similar situations.

I had a consultation with Mr. Cohen, and he was very professional. He did not ultimately accept my case, which might normally have aggravated me. But he explained why and was a pleasure to deal with.

I worked with Mr. Cohen a few years ago. He and his firm did a great job handling my case, a bad car accident in the Washington, DC area. My car was hit by an 18 wheeler truck on the Beltway just before the Dulles Toll Road. The truck was traveling in the right lane and decided to change lanes without seeing my car. It hit the side of my car and traveled with my car for about half a mile. If it weren't for our seatbelts, my husband and I would have been killed. Luckily, the injuries were not life threatening. Mr. Cohen made sure that all of my medical bills were handled and helped me deal with my car insurance company. He was very thorough! I would recommend Mr. Cohen to anyone that has had a car accident in the Washington DC area.

Mr. Cohen is an excellent lawyer with top credentials. He attended the University of Michigan and the University of Miami. He is also a Past President of the D.C. Trial Lawyers Association, and has appeared on many, many talk shows (ABC, CBS, NBC, Today Show, etc.). My only issue with his firm is that they only take a small amount of the cases that they are called on. They do give a free consultation, so calling them is definitely worth a shot. If they will take your case you are in excellent hands.

Mr. Cohen has helped me on multiple occasions with various matters. He has always provided me with excellent representation, and I would recommend him to anyone in the area.

I endorse this lawyer. Excellent attorney and person to know.

I endorse this lawyer. His extensive work in personal injury makes him a very strong advocate for his clients, in and out of court.

I strongly endorse Wayne Cohen. Mr. Cohen has been representing victims of negligence for more than 20 years. He is compassionate and dedicated, and works tirelessly to secure maximum recovery for his clients. He has a thorough knowledge of the law, a sharp mind, and he is a skilled litigator. I have been referring clients to Mr. Cohen for many years, secure in the knowledge that they will receive excellent legal representation and personal attention.

Wayne Cohen will aggressively fight for his clients' rights, He has tremendous amount of knowledge and experience. I highly recommend him.

I endorse this lawyer. Mr. Cohen and have been representing injured victims for decades. There are occasions when my firm is unable to take a case because of a conflict. in that event, Mr. Cohen is the individual I refer them to because I trust him to properly represent individuals that we are unable to counsel.

Thomas Simeone, Trucking accident Attorney on May 20, 2010
Relationship: Worked together on matter

I have worked closely with Wayne and strongly endorse him. He has a committment to his clients and obtaining a good result for them that is hard to find. He combines aggressiveness and professionalism with excellent legal knowledge and trial skills.

I higly endorse this lawyer's work. Here's what you need to know about Wayne Cohen -- he's smart, energetic, aggressive and gets the job done. I give him my highest endorsement.

I endorse this lawyer's work. Wayne is extraordinarily dedicated and fights hard to get his clients what they deserve.