Carrie Crumbaugh Love has been in private practice since 2002 and has built a great reputation representing clients for over 18 years in Washington, D.C. and Maryland.

In 2016, Carrie was selected by the National Trial Lawyers as a Top 100 Trial Lawyer in DC for criminal defense. She was also named a Top Lawyer in DC by the Global Directory of Who's Who, an international publication that recognizes top professionals worldwide.

Prior to starting The Law Firm of Carroll Crumbaugh Love PLLC in 2007, Carrie worked for over five years at one of the area's leading boutique law firms handling a variety of criminal and civil matters, including a number of high-profile cases.

Carrie continues to build her skills. She completed the National Institute of Trial Advocacy's Trial Advocacy Skills program. She is a qualified practitioner in DWI Detection and Standardized Field Sobriety Testing. She attends Continuing Legal Education courses to further her skills.

Carrie regularly practices in the Superior Court of the District of Columbia and in the local District and Circuit Courts of Maryland. She handles matters in counties throughout the State, including Anne Arundel County, Montgomery County, Prince George’s County, Baltimore City, Baltimore County, and Worcester County.

Carrie has office locations in Washington, DC and Annapolis, MD. 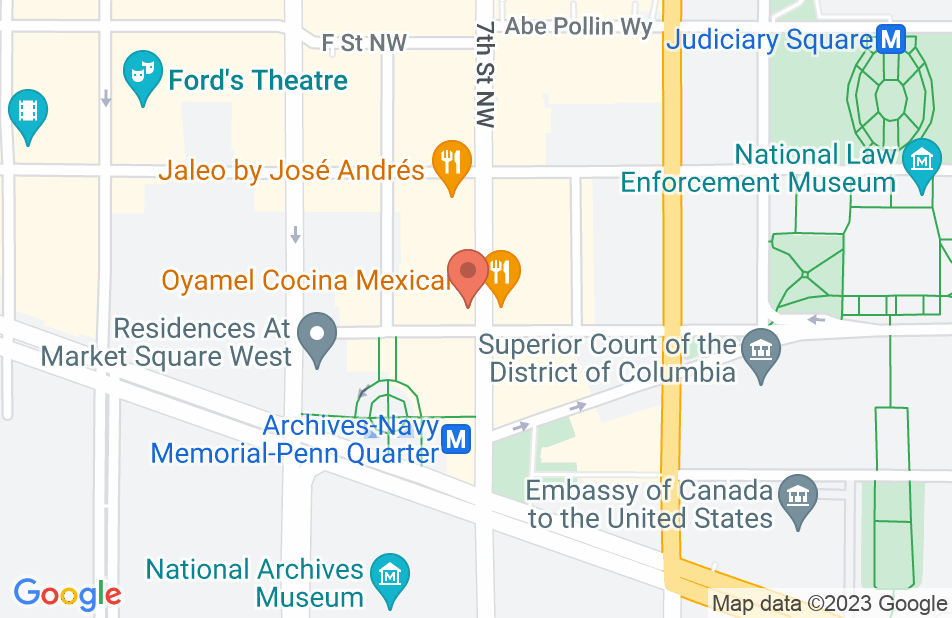 Carrie's knowledge of the law and her kindness were the reasons that we retained her. My first conversation with her felt as if we had known each other for ages. She is very witty and was able to reassure me that she had everything under control and to just let her "work her magic".
This review is from a person who hired this attorney.
Hired attorney

Carrie, Was very caring, compassionate and devoted to helping me through my legal issue. I would highly recommend her to anyone needing a good attorney.
This review is from a person who hired this attorney.
Hired attorney

Carrie represented me in two traffic cases that, together, carried significant points. She was very easy to communicate with and went out of her way to contact me when she knew I was not at work. Carrie was professional and made me feel comfortable with my case and how she planned to handle it. She has good relationships with other attorneys and judges which was very helpful. I felt I was very well represented and both of my cases had optimal results. I am incredibly grateful for all of her help and would highly recommend her.
This review is from a person who hired this attorney.
Hired attorney

Carrie Crumbaugh Love is truly one of a kind! Words cannot express how genuine and sincere she really is overall as a person. When I first spoke to Carrie over the phone the first thing I observed was her patience in listening. We had called a few attorneys prior to contacting Carrie and she was the very first person who showed empathy and listened which alleviated a lot of our anxiety. I never felt rushed to complete a sentence or to help clarify a question at any given time. Throughout the trial Carrie made it a point to educate us at all times during the many different phases. We never felt left in the dark or unsure about our options. She never settles and was determined to negotiate for the best possible solution. Some of the words I would use to describe Carrie would be compassionate, extremely knowledgeable, honest, professional, confident, respectful, determined and highly driven. She is a person who is willing to work with you and will leave you feeling as though this is a team effort. When she is in the courtroom she is a great advocate speaking on your behalf and she is highly respected amongst her peers. We are forever grateful for the services she rendered on behalf of our family member. Sincerely, Ms. Jasmine Norman RN, MSN, PMP
This review is from a person who hired this attorney.
Hired attorney

Carrie's legal expertise, empathy, and incredible work ethic helped me through the most traumatic experience of my life. Carrie treated me with compassion and empathy throughout my DUI case last fall. She respected the challenges I was experiencing and worked to get to know me as a human being beyond the incredible mistake I made. Still, she was consistently honest about the potential consequences I was facing and how she felt we could best navigate the situation. Carrie successfully worked for a Deferred Sentencing Agreement, which has helped me improve the quality of my life and earn a second chance after my poor choices. Carrie is an excellent lawyer in that she has a fully understanding of the law and is meticulous in advocating for her clients. I am eternally grateful to her for guiding me through the legal process and and helping me work thought the situation in my personal life. I cannot imagine a better outcome to my case.
This review is from a person who hired this attorney.
Hired attorney

Carrie's expertise, effort and creativity resulted in my college aged daughter's traffic citation being dismissed, saving us hundreds of dollars in increased insurance premiums. She went above and beyond by studying the codes and used a specific code (that had never been presented before) to argue that the police officer "did not establish the infraction by clear and convincing testimony." I am confident that we would have lost our case if we had hired any other lawyer. In addition to her diligence and dedication, she was very caring, compassionate and reassuring during the entire process.
This review is from a person who hired this attorney.
Hired attorney

I used Carrie for a misdemeanor destruction of property case. I had an excellent experience working with her and would recommend her practice to anyone with a similar case. She took a more personal approach to her practice than some of the other lawyers that I contacted for my case. She really cared about her clients and it wasn't solely about money and achieving the desired outcome. Carrie was easy to contact and would go out of her way to meet me if I requested. In multiple instances she went out of her way to make sure I felt comfortable with my case and would vividly describe how the proceedings would unfold. If you want a caring, reasonably priced, and effective attorney look no further.
This review is from a person who hired this attorney.
Hired attorney

Carrie Crumbaugh Love has a natural talent for understanding people and conveying their stories before a judge. She is very meticulous with the information she receives. She has helped me understand legal terminology with her adept knowledge and teaching instinct. I was most impressed by how much she cared for me in my time of need. I highly suggest hiring Carrie Love for your legal matters.
This review is from a person who hired this attorney.
Hired attorney

Carrie got me out of my horrible situation with as little pain as possible. She is super easy to talk to, won't make you feel like an idiot, completely jumps on your side, is very responsive, and bottom-line- knows her stuff and works to get you the best outcome. Within a few minutes of meeting her she had me feeling as much at ease as possible. I was lucky enough to not have gotten myself into an even worse situation and came out of it having met a kick-ass lawyer who I now call a friend.
This review is from a person who hired this attorney.
Hired attorney

Carrie was an incredible attorney who went beyond the call of duty to represent me in my DUI case in Washington DC. Carrie was proactive and knowledgeable about what steps I could take to put my best foot forward in making a good impression to the court. Further, she made sure that she understood my goals, and devised a game plan to obtain the results that I was looking for which would allow me to continue in school and not have my arrest negatively impact my career. Most importantly, Carrie was able to strike a deal with the prosecutors that helped me avoid having to go to trial and which well exceeded my expectations.
This review is from a person who hired this attorney.
Hired attorney
See all reviews

Michael Taylor, DUI and DWI Attorney on Apr 11, 2019
Relationship: Worked together on matter

I endorse this lawyer. Carrie works tirelessly and zealously represents for her clients. She gets terrific results.

I highly endorse this lawyer. Carrie is an intelligent, tenacious, and resourceful advocate for her clients. When I refer cases to her I know that she will show compassion for her client while demonstrating a mastery of every aspect of the case. That combination of qualities has won her the respect and admiration of her colleagues and clients alike.

Carrie is an excellent and diligent defense attorney. I don't know an attorney more dedicated to her clients and their cases. I do not hesitate to refer cases to Carrie as I know the clients will be in good hands.