Attorney Nigrini's trial experience and stellar reputation is second to none!

I have spent the last 15 years dedicating my practice to defending the rights of the accused. An individual charged with a crime must fully understand the consequences that follow a conviction. When interviewing a prosective attorney, always ask how often he or she has defended a specific criminal allegation at trial. It has been my privilege to vigorously defend dozens of innocent clients through a trial proceeding in several counties throught eastern and central Pennsylvania. I have received several referrals from prominent criminal defense attorneys to handle cases that they are unwilling or unable to defend.

Respected by prosecuting attorneys, law enforcement and judges throughout the area, all of whom know that I come prepared to fight for each and every one of my clients, regardless of the allegations. 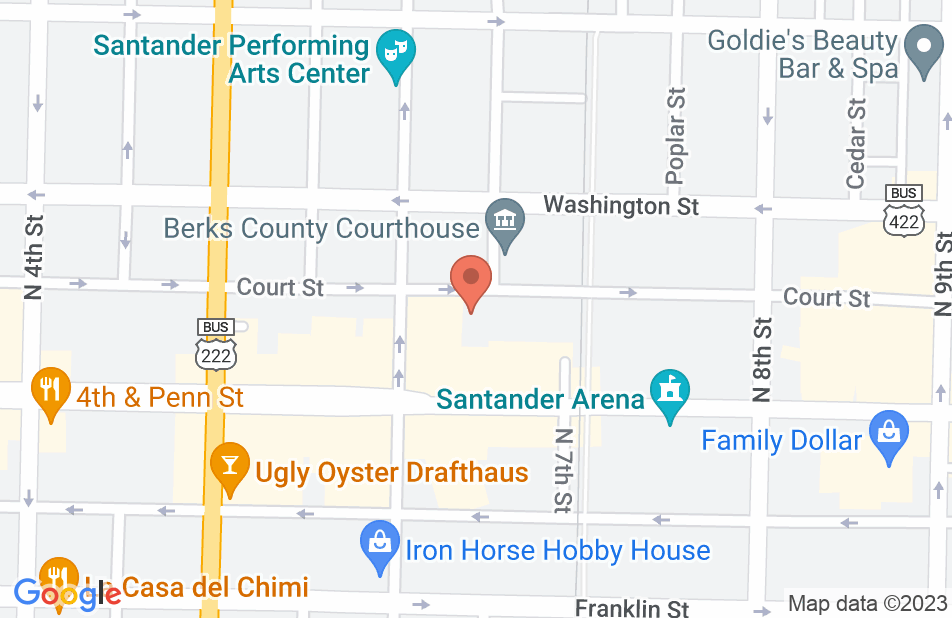 My name is Josh and there are not many people I trust with my life. myself , and the law offices of sodomski and nigrini. I never stress knowing jay nigrini is my attorney. jay went to war for me in a 3 hour battle with the probation department, the D.A, and clerk or courts to get my drivers back on a D.U.I., that no other person had success and my liscence was restored. Jay is a tiger that never sleeps. I know a number of jays clients who would not be walking the streets without jay. I just hired jay yesterday on a new charge of simple assault that the D.A. is seeking 6 months and not budging on a day. Attorney Paul Yessler, a P.D., refused to file any pretrial motions for relief, told me to go to jail, when I was defending my wife from a predator that attacked her while she was pregnant and stalks her. Jay will always exercise your constitutional rights from Pretrial Habeas Corpus to any other appropriate relief necessary. 99.9 percent of criminal cases are flawed with unlawful procedures by police, detectives, and district attorney who want to lock you up reguardless of who they hurt, they do not care BUT JAY NIGRINI DOES. I will definitely keep an update on the status of my new case. I will also mention this law office got me a big plea deal on 7 felony counts and got my parents bail money back when the bondsman tried to keep 3000.00.

I put my my freedom in this mans hands and we took my case to trial and he definitely turned into Johny Cochran and I was a free man after that thank you so much sir !!!
This review is from a potential client who consulted with this attorney.
Consulted attorney

My son has never been in trouble in his life, is a med student in college. About 4 yrs ago, his ex-gf (future wife and had been a 4 yr serious relationship) got a restraining order against him over an argument on Facebook after they broke up. (Talk about blowing things out of proportion! A highly emotional young woman) Since my son didn't live in PA and never intended to go there, and never intended to see her again, he didn't show up to defend himself in court. Fast forward 4 yrs later when he DID live in PA due to college and a new fiancee. On a rainy, icy winter evening, a car slid into his and tried to flee the scene. My son called the police, who, after processing the accident, arrested my son for the outstanding warrant! My son was actually taken to a prison in PA and kept for nearly 10 days just awaiting a hearing for this warrant over FB rants from 4 yrs before! His ex-gf was now living several states away with her fiance! WHAT A REAL-LIFE NIGHTMARE! This was truly a horror story out of a movie! Because I have dealt with a severe medical condition and our finances deteriorated while ill, I had no money, and no attorneys would do anything unless I handed over cash up front. By Divine Intervention, a clerk in one of my many phone calls suggested I call the bar association, who suggested Jay NIgrini. I can something nothing less than that this attorney is an angel. He had my son arraigned the next day and out with the case dismissed the following afternoon! If you need an attorney and an amazing advocate, THIS is who you need to call. This man is TRULY an exceptional PERSON, as well as extremely capable attorney. I will never be able to thank him enough for his help and for restoring my faith and setting an example of how people SHOULD live their lives, always helping others to their highest ability. What an incredible man!

When faced with a very long prison sentence, it is vital to choose the right attorney to handle the case. My belief is that if I would have chose a different attorney, I more than likely would not have my freedom as I do today. Attorney Nigrini listened to the details of the case carefully and argued successfully for what the constitution states. I am thankful for Sodomsky and Nigrini law office.

Best lawyer ever.always patient with me and keeps me informed always and always returns my calls very profesional and polite Would recommend him to anyone...

Great lawyer very knows his law and statues. Trustworthy attorney to be honest. Always reads and answers questions etc one may have and will answer in a timely fashion.

I have known Jay for many years, personally and professionally. I strongly recommend Jay for criminal defense and personal injury matters. Jay has an excellent reputation with fellow lawyers and Judges and is highly respected. As a former Assistant District Attorney Jay has honed his courtroom skills to perfection.

Jay is a highly effective litigator who delivers the best possible results for his clients. I have referred numerous criminal defense clients to him over the years and will continue to do so.

I endorse Jay Nigrini as a highly skilled and well-respected criminal defense attorney. Every client that I have referred to Jay has been very satisfied with his representation and the results that he has achieved for them.

I endorse this lawyer. Jay is dedicated to all his clients so that they receive justice and due process. He will leave no stone unturned in vigorously defending their case.

Jay Nigrini is technically and strategically as good as they get in the area of criminal defense law. He is a man of impeccable character and the holds himself to the highest ethical standards.

Jay is a respected, qualified and very experienced attorney in Berks County. I trust his guidance. For these reasons, I endorse this lawyer.