Clark A. Mitchell has been married for 46 years, has three children and three grandchildren. As a commissioned officer he served in the US Army Reserves from 1971-1979. He was an associate public defender for Washington County Pa. from 1975- 1979. From 1976-1986 he was co-solicitor for The City of Washington, Pa. He has also been the attorney for Washington County Children and Youth and the Washington County Coroner. He is a  past president of the Washington/Greene County Cancer Society and is an avid pilot and motorcycle rider. Since 1976, Mr Mitchell and his firm have concentrated their practice representing injured victims and workers and the elderly. He and his firm have represented numerous unions and their workers in a wide variety of legal matters with a very strong emphasis on workers rights and compensation.

Today, the firm of Clark A. Mitchell P.C. concsentrates its practice in the areas of personal injury, workers compensation, defamation and medical malpractice. 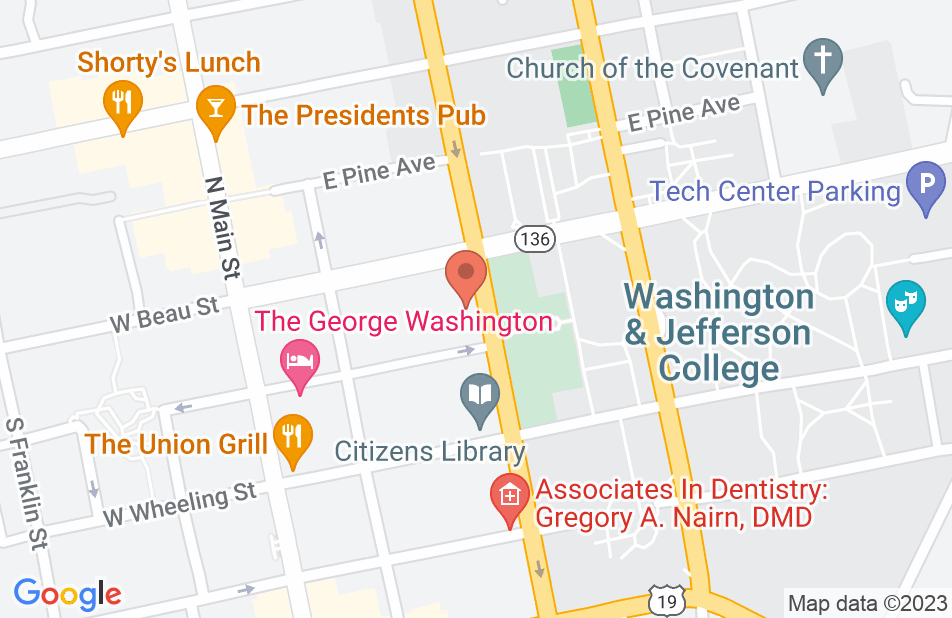 I have had the opportunity to retain many lawyers over the past several decades on various issues. Clark Mitchell was by far the most professional and detailed attorney I have retained. I highly recommend him and I will continue to do so.
This review is from a person who hired this attorney.
Hired attorney

Since I didn't currently have an attorney, I initially sought out Clark Mitchell based on his reputation as one of my area's preeminent lawyers. I was serving as the executor of both my aunt's and mother's estates. With absolutely no experience or real knowledge of the process or my role in it, I was very worried about retaining an attorney that would be efficient, willing to guide me, and easy to work with. I could not have been more pleased with Mr. Mitchell and his staff. From the outset, Attorney Mitchell and his staff guided me through this foreign process, allowing and encouraging me to ask what I'm sure were trivial and inconsequential questions. They were patient knowledgeable, efficient, and affordable. Mr. Mitchell took what could have been an overwhelming and unpleasant experience and made it both painless and seamless. I have since used Attorney Mitchell for all my other legal matters with similar results. I highly recommend Clark Mitchell and Associates for anyone looking for an experienced lawyer with a caring touch.
This review is from a person who hired this attorney.
Hired attorney

clark has been our lawyer for 25 years, and has handled personal as well as business matters in an exemplary manner. he has provided us with excellent advice, and we highly recommend him. we do not know if we could ever find another like him.he helped us write up our will and with all of our business partnership problems that had to be solved
This review is from a person who hired this attorney.
Hired attorney

We have found him to be knowledgeable, courteous, friendly and caring.. We have used his service many times over the last 35 years and have been very satisfied with the results.
This review is from a person who hired this attorney.
Hired attorney

Last Will and Testimony

Attorney Clark A. Mitchell provided professional and humanitarian services during the difficult time of my father's sisters death. We were from out of town requiring many electronic mail transactions, his advice made the entire process manageable. I would use and recommend Attorney Mitchell when you require the services of a top notch Attorney.
This review is from a person who hired this attorney.
Hired attorney

I worked closely with Clark on a complex and prolonged medical malpractice delayed diagnosis matter. I was impressed with his attention to detail, his legal research ability, and most importantly, his commitment to the client and willingness to make himself available to the client at any time to answer their questions and concerns. I am proud to work with Clark and endorse him.