Dan Bronk is an accomplished attorney with over twenty-seven years of trial experience.  He has handled thousands of Workers’ Compensation cases since 1992.  He has an established record of trial wins in State and Federal courts in New York and Connecticut.  He has handled more than eighty trials, including cases involving medical malpractice, nursing home negligence, product liability, fires, construction accidents, car and truck accidents and other negligence claims.  He regularly appears at Social Security Hearings on behalf of his clients.  While Dan’s goal as a legal advocate for his clients is to achieve the best possible result without litigation, he is equipped with the experience and litigation skills to achieve excellent results in court, when necessary.

Dan believes strongly that an attorney is not just an advocate for his client, but serves to give the client a clear explanation of the law, the legal system, and the options that the client has under the law.  In his opinion, an attorney’s role is to provide practical and experienced advice to the client, so that the client can make an informed and reasoned decision.  Dan’s litmus test is simple: Is this the same advice that I would give my mother?

Dan enjoys spending quality time with his wife, Stephanie, and their four daughters.  He has enjoyed coaching his daughters and their teammates in sports, including hockey and soccer.  Dan regularly plays ice hockey and keeps active by participating in mountain biking, home repair, woodworking, boating and water skiing.  He also enjoys cooking for his family and friends.

The Supreme Court of the United States of America

United States District Court for the District of Connecticut

The Park at Allens Creek 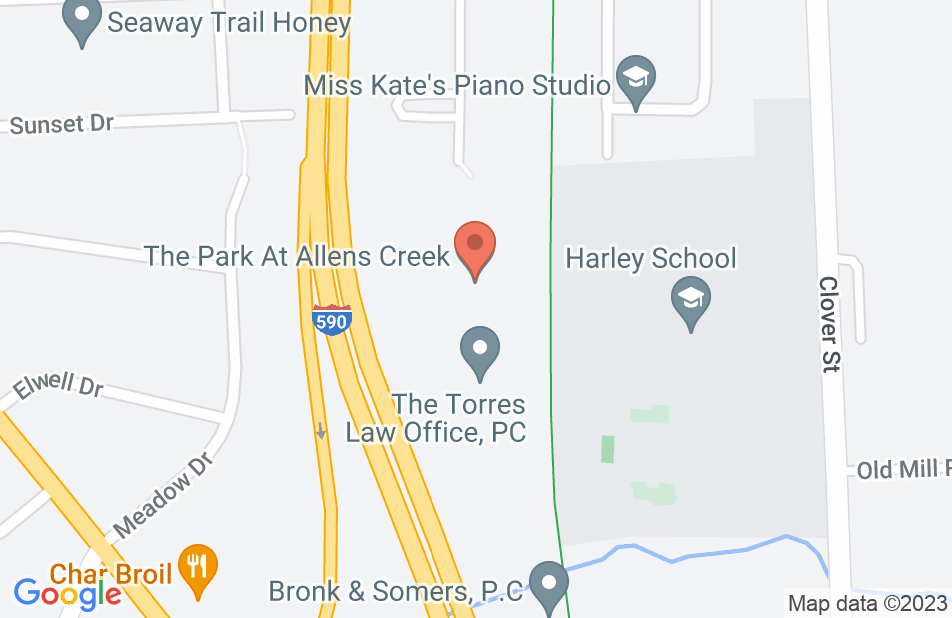 An attorney who cares

I am so thankful and pleased with my decision to have attorney Dan Bronk represent me. I found him to be very professional, thorough, knowledgeable and very personable. he has treated me with respect, explained things in a manner I could understand and never gave me false hope. He returned all of my call in an timely manner, making my case seem important and valued me as a person/client. Dan and his staff are second to none. They were always so informative, willing to help and very pleasant. My choice is Dan Bronk . If you want results , Dan is the one!
This review is from a person who hired this attorney.
Hired attorney

Dan is a lawyer who cares

Dan has help me with my workmen’s comp. case. He has also help me with my medical malpractice case & my SSDI Case. He is a straight forward and an honest man. I highly recommend him for any of the three... you won’t find anyone who will represent you better than him.
This review is from a person who hired this attorney.
Hired attorney

I have had tbe honor of Dan Bronk working with me on my workman's compensation case and it was amazing. He is extremely knowledgeable about the law and clearly explains it to you in terms you understand and so there is no misunderstanding. He always explains the possible outcome in a hearing and tells you his plan of action. His staff is very personable and amazing as well always willing to tackle any issue that should arise. I highly recommend Dan and his office for legal counsel you will not be disappointed.
This review is from a person who hired this attorney.
Hired attorney

Professionalism, efficiency, dedicated, timely, and determined are all the words that describe this lawyer and his team. I was 100% satisfied with my results and would recommend him anytime.
This review is from a person who hired this attorney.
Hired attorney

I was hesitant at first to retain an attorney for my Workers compensation case...but I did and it was the best move I made. He was very honest, didn’t sugar coat anything...explained everything to me. I actually learned a lot from him. He answered any question that I asked. Every time I sent email I got a response. When he was explaining case law to me, I was glued listening to every word he said. Dan is very knowledgeable, I would and will recommend him.
This review is from a person who hired this attorney.
Hired attorney

In a Workers Compensation case a competent attorney is a must. Dan Bronk is that Man. Dan is very knowledgeable about the system. His office staff is the best.
This review is from a person who hired this attorney.
Hired attorney

Hired Dan to take care of my WC claim. He was so extremely thorough and answered all my questions in great detail. His hard work paid off I appreciate all he has done for me. Thanks Dan !
This review is from a person who hired this attorney.
Hired attorney

I have known Dan for many years as he was my husband's Compensation Attorney as well. I have found him to be very professional and prompt in the handling of my case. Whenever I have had questions, it wasn't always easy for me to pick up the phone but I would email him and he would respond within 24 hours. If you are looking for someone to represent you in an honest and thorough way then Dan would be the only one that I would trust and recommend to assist you. Thank you Dan for all that you have done for me and my case. Hope you and your family have a great Christmas and an Awesome New Year!!
This review is from a person who hired this attorney.
Hired attorney

Dan Bronk has represented me since 2007. He has continuously gone above and beyond the call of duty to ensure I received prompt medical care. He worked extremely hard to obtain any additional monetary benefits as a result of permanent injuries. His Assistant, Mary Lynn, is also part of this magnificent team who equally vested in ensuring you receive the best care possible. Being in excruciating pain from an injury, and wanting results immediately to resolve the pain - is no small tast and Dan Bronk and his team continue to go the extra mile to advocate for me. I will continue to refer Dan Bronk and his team of professionals as they stand far above the rest.
This review is from a person who hired this attorney.
Hired attorney

Daniel Bronk took over my worker's comp case when my first lawyer failed to inform me about changes to my case and my benefits got suspended for over a year. Not only did he take over my case but he got back my money that my last lawyer lost me and got my payments raised. He really knows what he is doing and really cares about his clients. Dan Bronk is a wonderful lawyer and person.
This review is from a person who hired this attorney.
Hired attorney
See all reviews

I have known Dan for many years during which time I have been opposing counsel on a number of cases. I'm my opinion, Dan is one of the finest and most knowledgeable attorneys engaged in the representation of injured workers.

I have had the opportunity to work with Mr. Bronk on multiple cases over the course of my career. I have always found him to be professional, well-prepared and a great advocate for his clients. I endorse him without hesitation.

Mr Bronk has demonstrated a great deal of care and concern for injured workers in this thoughtful and complete answers that he has provided to Claimants in this forum. I would recommend him to anyone in western NY in need of assistance with their workers compensation claim.

Mr. Bronk us a helpful and thoughtful attorney. He constantly helps his clients in a kind and professional manor.

I have known and worked with Dan for many years, he is a dedicated, hard working attorney who cares about his clients. If you live in the Rochester area he is a great choice.