Mr. Saccone is the founding partner of Saccone & Dobosiewicz LLP with offices in Tacoma, Washington; Buffalo, New York; and Schenectady, New York. He is the firm’s lead trial attorney and is a member of the American Immigration Lawyers Association (AILA). He has practiced U.S. immigration law exclusively for over 24 years. 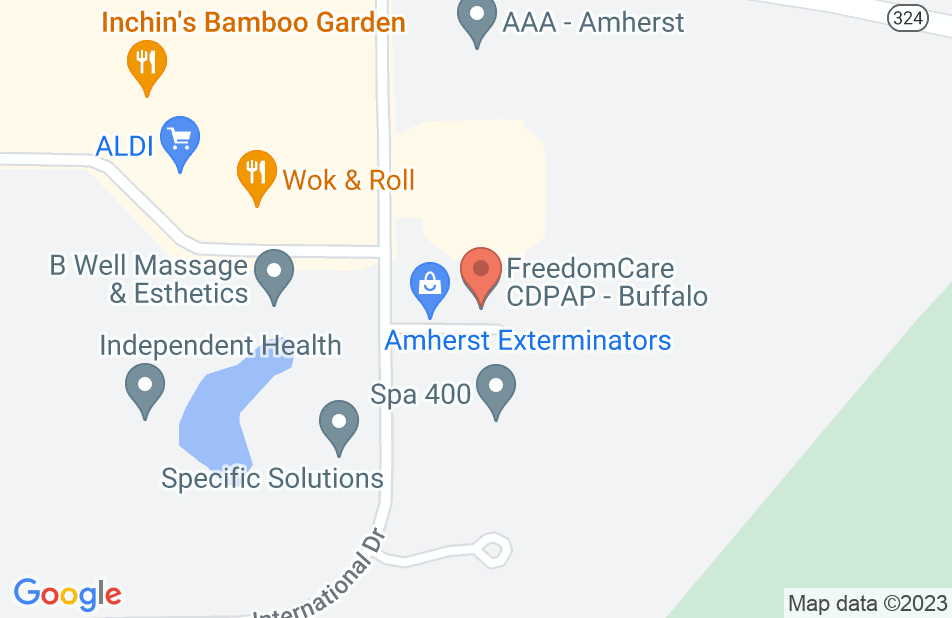 Sir Kurt R Saccone is one of the best lawyers you can find based on immigration withstanding. He helped me beat my case along with giving my family hope. He was always helpful and he truly does care about you and your family. He works diligently with you through this process along with keeping you informed. He is very professional, intelligent, hardworking, and truly an amazing lawyer. He will not let you down. You will be forever thankful for hiring him as your lawyer.
This review is from a person who hired this attorney.
Hired attorney

Before finding Kurt through our friends lawyer who was unable to take our case at the time but recommended kurt we had another lawyer who had know clue what she was doing and had my husband pretty much on a one way ticket back to Brazil on his removal order. Since we hired Kurt he got the government to agree to a joint motion to reopen and we just found out yesterday the judge agreed to the joint motion to reopen as well. This means he no longer has a removal order and we can continue the process to my husbands green card. I owe kurt my life. Hes professional, knowledgeable with over 30 years in immigration law, he keeps you informed of your case status, he returns texts and phone calls within a timely matter and most of all he does what he says he going to do. You get what you pay for and this man deserves way more!! Thank you kurt!!!
This review is from a person who hired this attorney.
Hired attorney

Kurt Saccone is absolutely one of the best lawyers in Buffalo, New York. I was placed in deportation proceedings and he was able to adjust my status to permanent resident. Mr. saccone goes the extra mile when assisting his clients. He was able to go back to my home country and gather evidence for my case and also put my family at ease. I would advise anyone going through this process to exercise patience even though it would seem very difficult. I was detained throughout that process for a very long time and it is easy to lose hope. Kurt was able to keep myself and my wife positive through that difficult time. I would recommend Kurt Saccone for any immigration situation, no matter how hopeless it might seem. I am living proof.
This review is from a person who hired this attorney.
Hired attorney

Helped me in my brother case was handled professionally and promptly highly recommended!
This review is from a person who hired this attorney.
Hired attorney

Experience you can trust

My husband and I were facing an impossible situation with his immigration case. He had a final order of deportation after a failed asylum bid which his previous attorney did a poor job representing him at. He is being held at the Batavia Detention Center and I travel two and a half hours to visit him twice a week. I reached out to many other attorneys asking for a second opinion and I always received the same answers "your husband's situation is impossible and I better get used to the idea he will be deported". I was crushed since I am pregnant with our first child and I lost my job. As we both lost all hope, my husband was recommended to reach out to Mr. Saccone for one more opinion. I was discouraged but gave Mr. Saccone a call. He was prompt to respond to my message and immediately began to look over our case. Within a few days of speaking with both my husband and I, he and his partner had a plan that could possibly help my husband. Kurt reached out to the guatemalan consulate which my husband's previous attorney failed to do and started working on my husband's case. Kurt and his partner Elizabeth were able to expedite our I-130 Family Application that we had done with the previous attorney and once having that approved, it opened up other options. It has been a very long road and an emotional rollercoaster but Kurt has been professional and has shown kindness and understanding when we needed it most. We are still fighting my husband's case but we both have full confidence that with Kurt as our attorney we will have success. I thank Kurt because my husband might actually have the opportunity to see his first born child being born and be there for her as she grows. If anyone is in need of an experienced attorney who will actually look at your case and take it serious, Kurt Saccone is the attorney I recommend.
This review is from a person who hired this attorney.
Hired attorney

I can't thank you enough Kurt for the work and the attention you gave us. My husband was detained in Batavia holding center and if it wasn't for Mr. Saccone I don't know what could have we done. Kurt takes his job very serious and he makes you feel you are the only one he cares about and you are always in the top of his list. He communicate very well and respond very quickly. He is simply perfectionist professional and amazing lawyer.
This review is from a person who hired this attorney.
Hired attorney

My brother was detained by ICE at Batavia Federal Detention Center, NY awaiting final deportation. Since his case was extremely complicated we were desperate to find an experienced and well versed immigration attorney to represent my brother and found Mr. Saccone in Avvo. We found Mr. Saccone to be extremely knowledgeable of the complex immigration law and he was honest in advising us what to expect and how to proceed. He is also very organized and responds to any question we might have. We are happy to report Mr. Saccone’s dedication and hard work got my brother to be released in condition of supervision. And now he is re-united with his wife and two young children. We are extremely grateful and in dated to Mr. Saccone’s forever.
This review is from a person who hired this attorney.
Hired attorney

I would like to say a special thank you to KURT R SACCONE AND HIS PARTNERS who worked on my behalf .. When no one else could help me .I turned to Kurt and he believed in me .and I trusted him ..He was truly amazing . A man of his word ..I never doubt him for even a second ..and he come through for me ..I'm so very greatful to him and his team ... great people .very reliable, trustworthy, I owe u everything .Thank you . I recommended u 100%
This review is from a person who hired this attorney.
Hired attorney

I was detained by immigration at the Buffalo Federal Detention Facility and my girlfriend hired Mr Kurt and we went to court and the judge agreed with him and I was released the same day, Mr Kurt study all variable and when he was talking to the judge and his 100% sure

I will recommend him at anytime,He's a good lawyer as a matter fact great,he kept me informed in everything,will call me back when ever need it he's excellent knows what he doing knowledge on everything I mean what more can I say he's awesome as person n as lawyer,most important very,very reasonable with his fees.....give him a call you don't have anything lose I guarantee it........He helped meI will forever be greatful
See all reviews

Very knowledgeable in immigration law. I endorse this lawyer.

I referred a client to Mr. Saccone who was very pleased with his services. As a former government attorney he is very knowledgable about the court system and represents his clients zealously to get them the most favorable result possible.