If you have been charged with a crime, DWI, traffic ticket or were injured we are here to help!

Kenneth Christopher, is a founder and managing partner of the the Christopher & McQuillan law firm. He is an aggressive young attorney who is both at ease and competent in the courtroom. Mr. Christopher is a skilled and successful litigator who has represented persons accused of many different levels of criminal conduct. Mr. Christopher has also represented both plaintiffs and defendant's in many types of civil legal proceedings. He believes in keeping his clients informed and involved in all aspects of their individual cases. Mr. Christopher received his Juris Doctorate Degree and graduated Cum Laude from the Syracuse University College of Law.

While attending Syracuse Law School Mr. Christopher was an active member of the Moot Court Honor Society and National Trial Teams representing the College of Law in Mock Trial Competitions all over the United States. He was an arguing advocate at the National Civil Trial Competition in Los Angeles, CA, and the National Trial Competition in New York City. Mr. Christopher was recognized for his abilities and honored by being inducted into the prestigious Order of the Barristers, an organization whose heritage is based on excellence in trial and client advocacy. He academically distinguished himself with Dean's List Honors and additional Honors for exceptional achievement in Trial Practice, and Constitutional Law.

Mr. Christopher is a member in good standing of the New York State Association of Criminal Defense Lawyers, New York State Trial Lawyers Association, New York Bar Association, and the Onondaga County Bar Association. Mr. Christopher believes that building a relationship with his clients is imperative to properly advocate for their needs. Regardless of whether the case is a simple traffic matter or a serious criminal charge, a simple fender bender or a traumatic personal injury case, he is dedicated to providing a competent, diligent and consistent representation for his clients. Mr. Christopher is licensed to practice law in the State of New York.

Mr. Christopher was formerly a frequent guest lecturer at the Syracuse University College of Law on practical tips for representing clients charged with vehicle and traffic violations and DWI/DWAI. 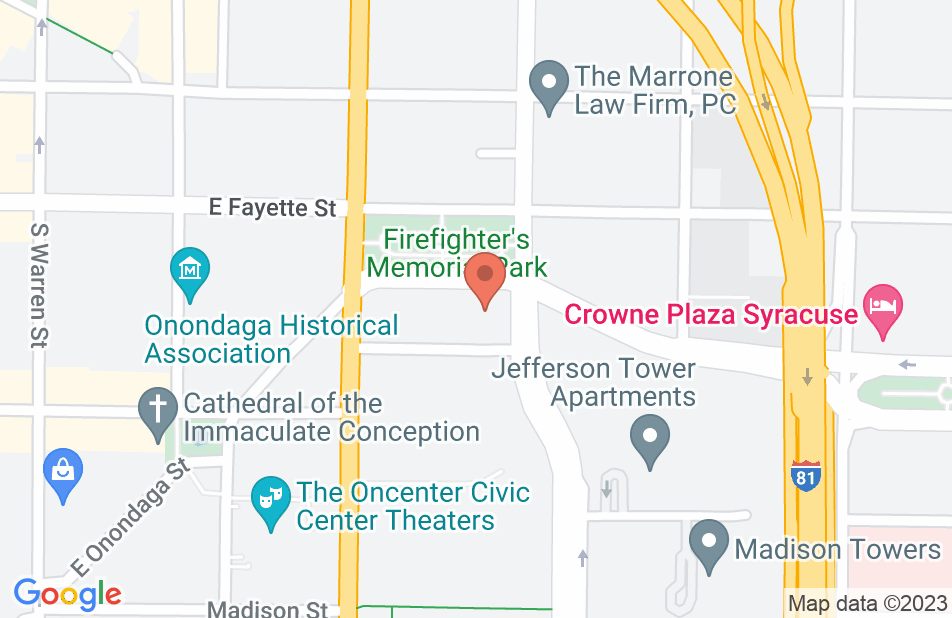 Trustworthy: Ken put my interests first, and even worked to get me approved for the court-appointed attorney program. Good results: Ken was able to achieve the results I needed to move on after a mistake, all without having to go to trial! (serious felony dropped down to an ACD). He is also knowledgeable and gave me really helpful advice specific to my situation.

From the moment I walked through the door Mr. Christopher was respectful and caring. He listened to me, was very helpful and instantly put me at ease during a difficult time. In the courtroom he was quick on his feet, knowing all the facts he needed to know, including things the judge himself needed to look up! From start to finish he was incredibly professional. Would recommend highly to anyone!!
See all reviews

An excellent advocate on behalf of his clients, Mr. Christopher works tirelessly to get ensure that his clients consistently get the best results!

Derek Andrews, DUI and DWI Attorney on May 6, 2015
Relationship: Fellow lawyer in community

Ken is a great attorney and a good friend. Anyone looking for a quality and zealous representation in Central New York would be well-served by hiring him. I endorse this lawyer.

I endorse Kenneth. He is a highly skilled attorney that is well respected in the legal community.

Ken is an outstanding attorney to have on your side. He is not afraid to challenge anyone when it comes to zealously representing his clients. Regardless of what, and who, stands before him, Ken is always looking out for his clients as best as he can. He is a confident and smart attorney. I highly endorse Kenneth Christopher.