Have you or a loved one been charged with a crime? Attorney David Gervais is here to help!

I was born in Canada, went to law school in Montreal and got married to a beautiful American! We now have two children, and we live in upstate New York. I was lucky enough to have the opportunity to work as a sous-chef, a logger and a carpenter in my younger years. I have dedicated the last 15 years of my life to law. I now have a Master's Degree in Law and i regularly practice in New York and in Quebec. I have been hadnling criminal cases for almost ten years now and i have been involved in Immigration Law for about 5 years. I routinely represent Canadian clients who face criminal charges in the United States, whether in New York  or federal courts. I've also handled hundreds of TNs, L-1a and L1-b visas.

When i'm not practicing law, and after the kids are in bed, i like to create metal scultptures, fix broken engines and listen to and play music. 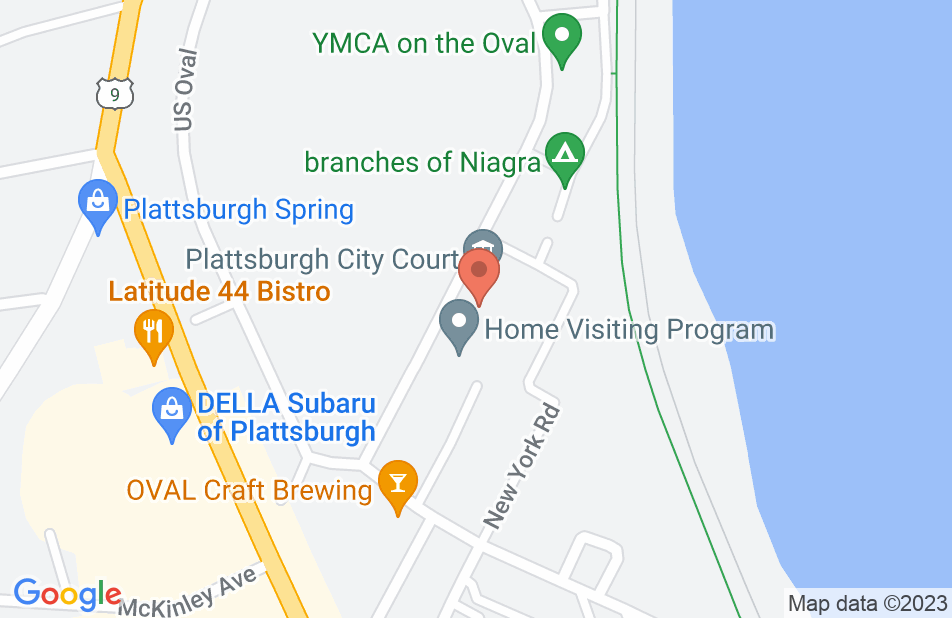 I originally hired David Gervais to file a motion with the court so that I could be released from probation a year early. Before I had hired him as my lawyer he spent a great deal of time on the phone with me discussing my case and was extremely optimistic and realistic about my options. During this process, my probation officer filed a Violation of Probation, which hindered the likelihood of me being released from probation early. At that point, I assumed that I no longer had any chance of being free from probation but David not only fought the violation but also found a way for me to be released from probation just 4 days after my court hearing! This meant that I would be released from probation before I had even expected. David Gervais worked incredibly hard to have me released from probation, it is almost like he could have made anything possible. He has many respectable connections in the area and his experience shows through his positive results. David kept me in the loop day by day, sending me e-mails, including the weekends. He always made time to see me, even at the very last minute. David went out of his way to ensure that he took care of me and I know this is how he treats every client that he has. He was recommended to me by several coworkers and now I see why! From this point forward, I would only recommend David to any of my family/friends. You can tell that this is not just a job for him, but a passion that he thoroughly enjoys. He works for each client as if you are his only client and he has a way of simplifying any situation. His kindness has put me into tears and I could not tell you how grateful I am that I did reach out to him. His rates are more than fair and he goes above and beyond for his clients. I could go on and on about how wonderful he is because of all the work, time and dedication that he put into my case (including nights and weekends.) Without a doubt, David Gervais is the best lawyer in every capacity if you find yourself looking for a fair, honest and powerhouse for a lawyer! Thank you SO much for every minute of your time, you have impacted my life greatly and you closed a chapter in my life that I have been tied to for so long.
This review is from a person who hired this attorney.
Hired attorney

My wife and I hired Dave to obtain her U.S. citizenship. Dave took great care of us and in short order she became a U.S. citizen. Dave works hard and is extremely knowledgeable on the law. Dave is so good that we are going to hire him to get our children duel citizenship.
This review is from a person who hired this attorney.
Hired attorney

David is very knowledgeable and stands up for what is right for his clients!
This review is from a person who hired this attorney.
Hired attorney

Chill guy gets it done

He fought a traffic ticket for me. Got it reduced to something i was happy with. Reasonable cost and great service.
This review is from a person who hired this attorney.
Hired attorney

Mr. David is the Best Lawyer i ever had in my life. He is extremely educated, attentive and polite person. Explains all details you need to understand and will achieve the best possible result for you. David Gervais is the person who knows how to do his job.
This review is from a person who hired this attorney.
Hired attorney

Epitome of wisdom , skills and kindness

Well ... sometimes you get in to obstacles to find out the true faces of humans you deal with on day to day life . I met Mr Dave though some legal obstacles which would be dismissed soon though him . He is a highly intelligent and intellectually very sharp minded. My case was handled in very precise way. From charges to being dismissed was magical . He is very kind and understanding towards involved parties . one of the finest , in order to be a finest , you have to have a heart and mind toward your work which you love . Very soft spoken and talk less and listen more kind of attorney. He will see the invisible weakness and grab it which will ended in dismissal of the case . Why try same old ways to find attorneys though connections, this is the platform where u can get the justice through his sharp meticulous observations. Highly recommend. God bless humanity.
This review is from a potential client who consulted with this attorney.
Consulted attorney

I approached Mr. Gervais for guidance on how to go about applying for a visa for my husband who is from the UK. I was (and still am) in graduate school and so it was important to find someone who would listen to my concerns and answer my questions so I wouldn't have to wonder and worry. Mr. Gervais gave my husband and I the peace of mind we needed to make the transition as seamless and stress-free as possible. One thing I noticed that he did that no other Immigration Attorney had done before was ask how we were doing. Not just the normal formality, but a genuine interest in how we were doing and if we are having any troubles besides immigration. He made understanding the forms and laws for immigration so much easier and helped us a great deal with any hiccups a long the way. I truly believe that if my husband and I tried to take on this process alone that we would not be sitting together in our new home now. I strongly encourage anyone navigating the immigration process to speak with Mr. Gervais first as he will help in anyway he can. Thanks to the extraordinary efforts of Mr. Gervais and his office, my husband was approved for his visa and we can finally relax in our new home.
This review is from a person who hired this attorney.
Hired attorney

I highly recommend Dave Garvias in any case or a traffic ticket in New York State. Dave is very knowledgeable and meticulous and how to proceed with your case that is for the best interest for you. Dave is quick to respond to your questions and works with you every step of the way till the end. Dave was very respectful professional and knowledgeable. I am very satisfied with the results of my case. Dave did a great job at a fair price. It was worth every cent. Thank you Dave for your hard work and perseverance in my case.
This review is from a person who hired this attorney.
Hired attorney

It was a great chance for me to be defend by Mr. Gervais. I had an "Appearance Ticket" from US customs. As I am French it also was a chance that Mr. Gervais speak French. He could explain my situation to the judge and I was dismissed with no charges. So I recommend strongly Mr Gervais. His knowledge of the law and his perception of your situation will allow him to defend you in the best possible way. Ce fut une grande chance pour moi d'être défendue par Mr. Gervais. J'avais un "Appearance Ticket" suite à un passage à la douane américaine. Étant française, c'était également une chance que Mr. Gervais parle français. Il a pu expliquer ma situation au juge et j'ai été acquitté sans charges. Je recommande donc vivement Mr. Gervais. Sa connaissance du droit et sa perception de votre situation lui permettront de vous défendre au mieux.
This review is from a person who hired this attorney.
Hired attorney

Helped me fight a speeding ticket and was successful . Was overall pleased with the results.
This review is from a person who hired this attorney.
Hired attorney
See all reviews

I endorse this lawyer. David is an excellent criminal lawyer. Further, he has the knowledge of being a Canadian and US lawyer, which provides his international/immigration clients with this expertise that other attorneys do not have. I highly recommend David for any criminal or immigration matters.

David is a fantastic attorney and person. He has an unbelievably wide array of life skills which puts him in a unique position to understand a client no matter their background. He is responsive and hard-working on any case, no matter how big or small you believe it may be. I worked hundreds of case against David and he humanized each and every client.

I endorse this lawyer. Mr. Gervais can do wonders in Plattsburgh and I highly recommend him.

I endorse this lawyer. Attorney Gervais is knowledgeable, hard-working and a well regarded attorney in the community. Highly recommended.