Arrested or injured? We can help. Call me for a free and confidential consultation.

Joseph Petito Esquire joined the Law Office of Bruce Petito Esquire in August 2007. Prior to this, Joseph was an intern at Legal Services in Michigan, where he gained invaluable legal experience and was able to help those who could not afford to hire an attorney.

As an Attorney for the past six years, Joseph focuses his practice in the areas of Criminal Law, DWI/DWAI,  Family Law, Personal Injury Law and Land Lord Tenant. Joseph Petito has successfully represented hundreds of clients in open Court. In addition to his vigorous and loyal representation at the trial level, Joseph Petito has also been successful on the Appellate level. One of his appeals, was published on the first page of the prestigious New York Law Journal. 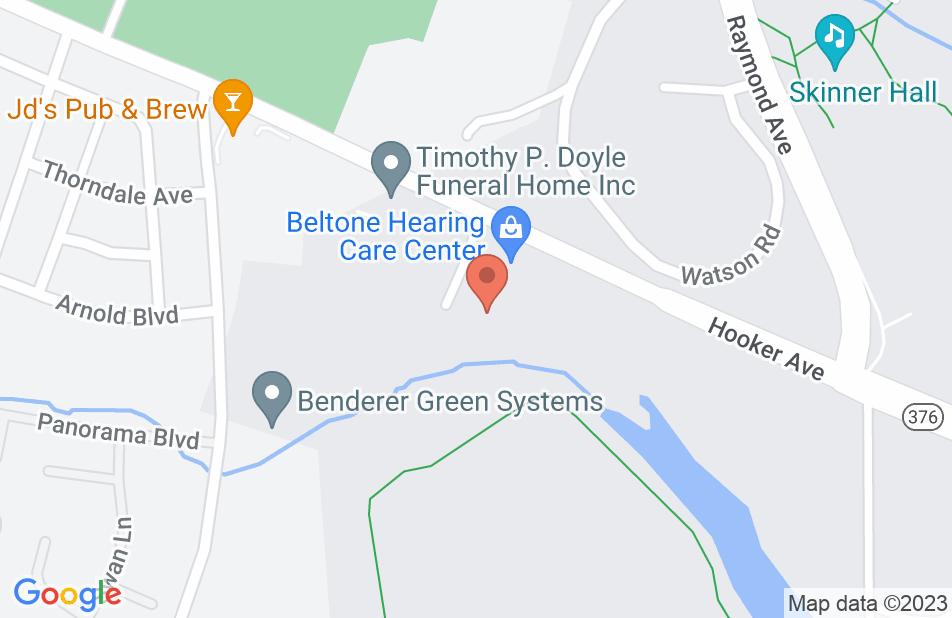 Don't let his young face fool you... Joe's performance in and out of the courtroom is beyond exemplary as well as honorable. From the first day I met Joe I have not stopped being impressed with his attention to details, his ability to provide realistic outcomes, his viable communication perspectives, and for his gift in helping facilitate measured results between other layers. Joe accepted my case after it had been batted around the courts for over a year and a half. According to the previous lawyers involved the current dispute I found myself in was one of the most extreme scenarios. Joe was able to help secure the custody and visitation needed to ensure my child's well being for the present time as well as future considerations. Without a doubt his work in this case helped define what was truly in my child's best interest. I am so thankful for Joe being apart of my life. For my child and for me. Thank you Joe!

The best lawyer I could ever ask for.

I would recommend Joe to any one. He has been there with me for the last two years from visitation with my grandson, to divorce , to guardianship of my grandson. He is right on top of everything. He is very knowledgeable about the law. When I wasn't sure of the right thing to do, i've been able to call him and if Joe was busy, he always returned my call as soon as he was able to.He has always given me the right advise. I couldn't ask for a better attorney.

With Joe Petito's experience, intelligence and confidence I was able to return to a life free of worry and unsurety. After a very comfortable and honest consultation, his staff arranged an easy and quick hiring process. Throughout the course of my case Joe was informative, communicative, and persistent in retrieving answers and achieving results. Whenever there was new information involving the case Joe made it his priority to contact me via phone call, text, or email and in case he received no response he would always leave a message. His great patience and skill lead to a positive outcome and I am proud to have hired Joe.
This review is from a person who hired this attorney.
Hired attorney

I hired Joe and his firm to help me out with certain criminal charges and orders of protection. They helped me immensely! Very proffesional. Very caring. I would advise everyone in my situation to hire them!
This review is from a person who hired this attorney.
Hired attorney

I hired Joseph Petito to assist in a family custody case. Joseph handled all matters in a timely and professional manner. His knowledge of the law, family court system, and his sensitivity to family issues was exactly what we needed. He promptly returned phone calls, emails and he followed through with all that was asked of him. Joseph was upfront and honest with all costs associated with his services. We are very lucky to have found Joseph Petito to represent us when we needed him the most!!
This review is from a person who hired this attorney.
Hired attorney

Stellar is the only word that fits!

Joe & Bruce will the only lawyers ill use from here on out. I hired them a few months back and i could not be happier. Not too mention the staff in the office, extremely helpful, prompt and patient. Joe and Bruce offered solid, sound and perfect legal advise. Very reasonably priced, i checked with 4 attorneys before i decided on Petito & Petito and they beat out the rest. I will in fact use them for any of my future needs. Needless to say if you choose these gentlemen to represent you, you will not regret it. Very knowledgeable and quick. Any information came up i knew about it right away. Im very happy with these individuals and zero regrets! Thank you joe & bruce!
This review is from a person who hired this attorney.
Hired attorney

Our son got into some trouble with the law and Joe and his law firm were there to help us, every step of the way. Joe let us know what to expect in and out of court and was always available to answer any questions we had. If we trusted Joe with our son's case then you can be sure you can trust Joe to do the right thing by you, too. I have no hesitation whatsoever in recommending Joe and his law firm.
This review is from a person who hired this attorney.
Hired attorney

mr petito did for me all that he had said that he would do and then some he is an excellent attorney that i would highly recommend job well done
This review is from a person who hired this attorney.
Hired attorney

To make a very long story short, I was in a very abusive relationship for about 15 years. At first it was not apparent to me simply because I was not aware that there were other types of abuse besides the obvious physical and verbal abuse. After we had two children together who were very close in age, my ex became very abusive to the point that even I realized it but I couldn't get out of the relationship because I had no close family nor friends by and I was struggling to keep my jobs even though I had two degrees and two great careers going on prior. I ended up being unemployed for about eight years. As my children got older, it became easier for me to pull myself together and finally about two years ago, I got enough strength and found a really good job. He didn't like that and became extremely abusive that I had to have him removed from our home. The abuse still continued except this time it was mostly financial and focused on turning everyone, including our daughters against me. The past two years were not easy because I was going through a very messy divorce, but at the same time, the past two years have been great comparing how my life was while I was living with my ex. What made this divorce so bad was the fact that he was very manipulative and he had significantly more money than I did due to the fast that he owns his own dental practice in the area. During this entire time, Joseph Petito, was my attorney and fought for me and my daughters. It was not easy especially when my ex tried to turn even my own attorney against me. I am so grateful that I had such a hardworking, smart, and ethical attorney to represent me. If you are here, reading this, it means that you are going through some rough time. While that is unfortunate, it is so great to know that there a great people out there, such a Joseph Petito, to represent you. Wish you all the best. Warmly, E. P-S
This review is from a person who hired this attorney.
Hired attorney

Joe was hired for me by my father and at first I was reluctant because I thought I didn't need it and was a waste of money. Looking back now though I am very grateful for what Joe did for me. He utilized all of his knowledge of the legal system and all it's in's and outs to get me the best possible outcome. Hopefully I won't ever find myself needing legal consul again but if I do I will definitely want Joe Petito.
This review is from a person who hired this attorney.
Hired attorney
See all reviews

Mr. Petito is a well-respected lawyer in the community. I recommend him.

I have had several matters with this attorney and have found him to be an excellent attorney.

Attorney Petito knows the law and how to make it work for his clients. I endorse this lawyer.

I have known Joe for just about the entire time he has been practicing locally. He is conscientious, attentive to detail, aggressive when he needs to be, and not cowed by the District Attorney. I recommend him.

Joe is a great lawyer. He is knowledgeable, reliable, well-liked and appropriately aggressive as circumstances warrant. Joe is not afraid to take a case to a trial or hearing if doing so serves the client. Joe not only excels in family law but in criminal defense and divorce matters as well. I strongly endorse Joe.

I endorse this lawyer. Attorney Petito has exhibited a strong breadth of knowledge in his areas of practice and shows a passion for helping others. He is a strong contributor to the Avvo community.

Top-notch attorney. Joseph is dedicated and hardworking and will fight to win your case.

I endorse Attorney Petito. From his answers and time on Avvo, it is clear he is dedicated to serving those in need and his clients. It's rare that lawyers spend so much valuable time helping the community, for free, and I applaud him for doing it to such a great level. Kudos

Mr. Petito's education and experience make him a top notch attorney. I strongly endorse this lawyer.

I endorse this lawyer. Joe and I have worked many cases together and we have been on opposite sides of many cases. He knows the law and is an excellent, aggressive advocate for his clients. I would recommend him to family and friends if they needed someone.