Eric Perlmutter, Esq. founded the Perlmutter Law Firm in August 2008.  Prior to opening the firm, Mr. Perlmutter spent almost 5 years at the New York City Administration for Children's Services in Queens County in the Family Court Legal Services Division, where he represented the City and its contracted agencies in cases involving abuse and neglect of children. He was eventually promoted to hold a position as a team leader, in which he supervised a team of lawyers, consulted on thousands of cases and maintained his own robust caseload. Mr. Perlmutter took his knowledge of the child werfare system in New York City and of family law to represent families in need through the Assigned Counsel Plan and Law Guardian Panel, where he represents indigent individuals in all areas of family law, including abuse and neglect, custody, child support, visitation, orders of protection, paternity, foster care litigation and juvenile delinquency matters. 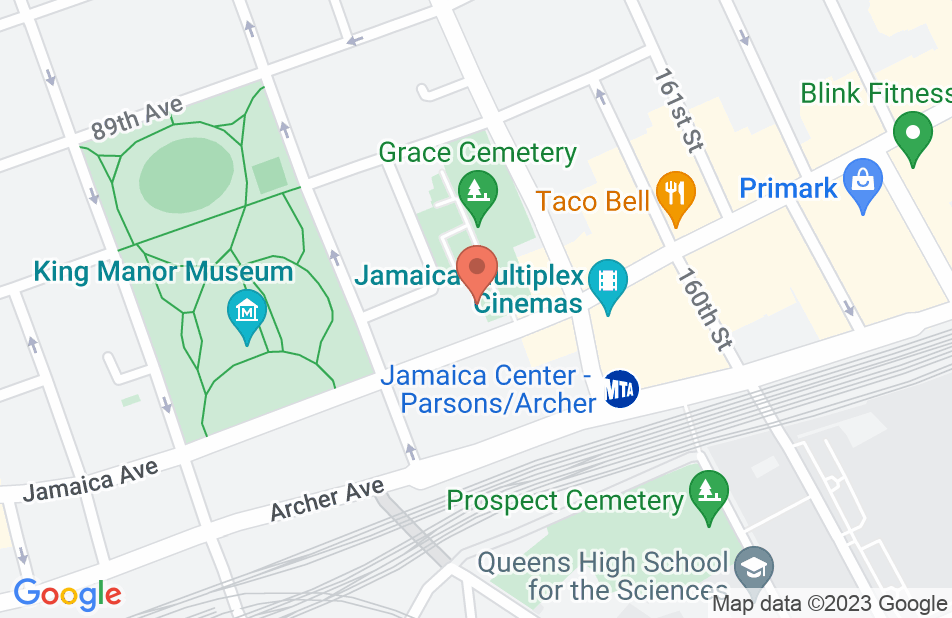 You are in excellent hands!

Eric Perlmutter is very knowledgeable and trustworthy. From the moment I was introduced (he came recommended by a colleague in the legal field), I felt comfortable that I was in good hands. He explained all parts of the procedures and during one of the most tumultuous times, left me reassured. He answered all my questions thoroughly, accurately and in a timely manner. He presented best options and worse case scenarios so my family was informed throughout the process. We were very lucky to have hired him. Highly recommended.
This review is from a person who hired this attorney.
Hired attorney

Eric Perlmutter helped my husband with a visitation case after months of not being able to see his kids. He was smart and strategic with all aspects of the case and has even gone above and beyond by making himself available for any questions or concerns we have had since. I would definitely recommend him to anyone going through a similar issue and will be using his services again if ever needed in the future.
This review is from a potential client who consulted with this attorney.
Consulted attorney

Eric handled my ACS case and child custody case. He was able to establish my paternity and get rid of ACS. Then I had a custody case with the mother and I had Eric handled it. Eric is highly knowledgeble, well prepared and fully committed. I would highly recommend eric.
This review is from a person who hired this attorney.
Hired attorney

Mr. Perlmutter has been our family attorney for over two years. He has been nothing but pleasant and extremely professional. He made a hard situation extremely easy, showing us the proper process in completing what we had to do. He even made it easy mentally. Mr. Perlmutter makes you feel like family, rather than just another client. I have worked with attorneys in the past, and none have made me feel as welcomed and supported as Eric. Please, strongly consider using him for all of your legal needs, as you won’t regret it!
This review is from a person who hired this attorney.
Hired attorney

Mr. Perlmutter represented me in my divorce, and was recommended to me through another great lawyer who was promoted to be a court judge. I have a lot of respect for him since he is a person who is honest, responsible, and respectable; Good people are hard to find these days. He answered my emails the same day I sent them to him and helped me put into detail the visitation for my ex husband that family court hadwritten up very vaguely (leading to an open door for interpretation). I’ve come across many lawyers who only care about the amount of money going into their pockets. He is not one of them.
This review is from a person who hired this attorney.
Hired attorney

Mr. Perlmutter helped me get full custody of my son.

Mr. Perlmutter made quick work of what could have been a contentious and drawn out custody battle over my son. My son’s father did not follow the court ordered visitation nor would he communicate with me. Eric was invaluable in helping me through this confusing and difficult time. He was very responsive when I became overwhelmed and sent him massive emails. He was very comfortable with the law and clearly maintained a professional relationship with judges and opposing counsel. We didn’t have to go to court for very long. Ultimately, Eric effectively communicated this with my ex-husband’s attorney and came to an agreement for full custody with minimal dispute. I was sure my ex-husband would fight my petition, but Eric got us out of court as soon as possible. Eric empowered and supported me and took great care to avoid unnecessary litigation.
This review is from a person who hired this attorney.
Hired attorney

Helped Me win Custody of My Granddaughter!

Mr. Eric Perlmutter is a knowledgeable and experienced attorney in family law. In June 2017 Mr. Perlmutter represented me and helped me win sole legal and physical custody of my granddaughter after the death of my son. He is very well versed in all the relevant case laws. He is a strong litigator in the courtroom. Words cannot begin to express the gratitude I have for him. Eric Perlmutter fought hard for me and he will fight hard for you. Sincerest Thanks from Bhanmattie Hulasiya and family.
This review is from a person who hired this attorney.
Hired attorney

I have worked with Eric for more than 10 years, and in the time that I have known him, he has been professional, trustworthy, responsive and extremely knowledgeable of the law, while remaining compassionate for his clients. Eric is an attorney I often contract to assist with my practice when I need additional help and he has always exhibited the utmost professionalism in representing our firm. I have called upon him for assistance in his areas of expertise and he is always quick to lend a hand. I would highly recommend Eric as an attorney and colleague.

Eric Perlmutter is a strong advocate for his clients. He is always prepared and well versed in the field of family law. I highly recommend him.

I have known Eric for over 10 years and he is an excellent attorney, well versed in both the law and courtroom procedure. He is a passionate, diligent, and fierce advocate for his clients. I endorse this lawyer.