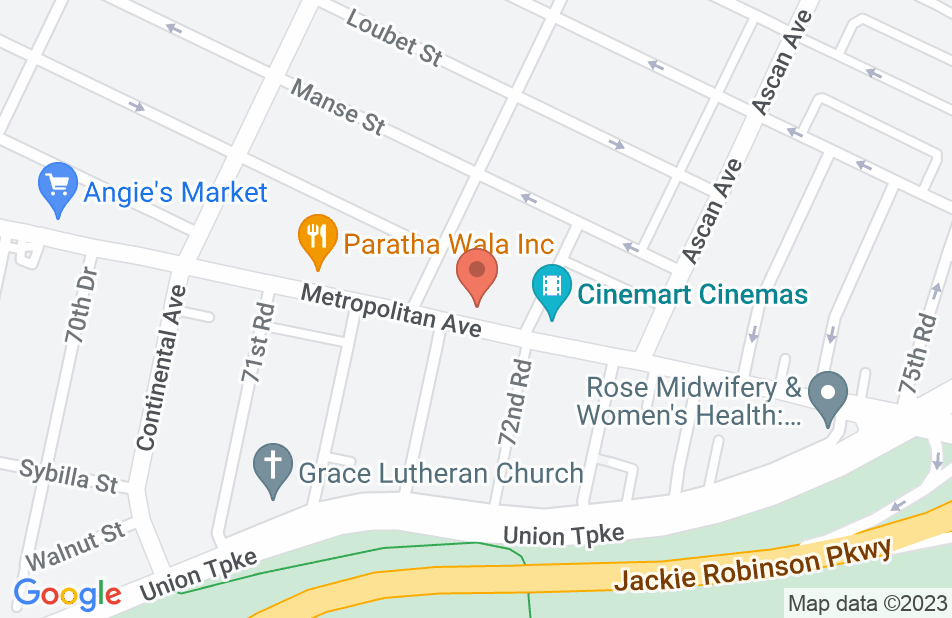 I had the privilege of having John Gemelli as my attorney during my divorce case. John was a wonderful representative of calm preparedness during what became a lengthy and tenacious divorce litigation. I so appreciated his expertise and knowledge of the law, his calming presence, and his polite and respectful attitude in the courtroom, and outside of it. He helped me to stay focused on the larger picture, and he worked on my case in a caring and timely manner. His support and dedication are beyond any one can imagine. Thank YOU John
This review is from a person who hired this attorney.
Hired attorney

John Gemelli took on my case after my going through two previous divorce attorneys. My case was a mess made by one of my two previous attorneys. Mr. Gemelli worked directly on my case. He righted many wrongs and fought furiously for me. He got me much more than I expected. I could not have asked for a better attorney. In addition Mr. Gemelli was strong when I was scared and unsure. He changed my future for the better. I feel blessed to have had him on my case. Thank you John. Thank you God.
This review is from a person who hired this attorney.
Hired attorney

Mr. Gemelli is the best attorney that I ever came across. The first time I met him , I right away knew that he will be my attorney. He answered all my questions and even to the max extend. Through out my divorce proceedings, he was always confident and made me feel that there was nothing I had to worry about . He fought and fought for my divorce. I highly recommend him as your attorney. He always reassured me that it will be ok. If I had a question after hours, he had no problem giving me his cellphone number. Always answered my call, and answered any questions I had in regards to my divorce. The staff is very polite and respectful. Best attorney!!!!
This review is from a person who hired this attorney.
Hired attorney

When there is justice in the land, the wicked are terrified because they will face righteous judgement

Endorsements need be an important consideration when selecting the right attorney. I was a father of a 2 1/2 yr old girl when I first hired Mr. Gemelli as my attorney for my divorce. My now ex wife and her attorney's constructed false allegations against me which including domestic violence and sexual abuse against my daughter to obtain custody. I was in dyer need of an honorable man to believe in me and take on the challenges of my adversary with her three attorney's at trial. Mr. Gemelli informed me that the complaints are easily made but very difficult to disprove. However, his superior knowledge of the law, his belief of my innocence and in the interest of justice for me and my daughter, the court granted Sole Legal Custody to the father of the child. God Bless Mr. Gemelli and his legal staff!!
This review is from a person who hired this attorney.
Hired attorney

A lawyer's lawyer. The best! Tenacious and pugnacious. Pit bull -but only as necessary. John prosecuted my case, one of the most hotly contested cases in NY for over 10 years. Words can't convey my gratitude or describe the results. Technical knowledge, yes of course. Trial skills-beyond compare (and I've seen a lot). Common sense, business acumen, intuitive and gut level common sense -check. Have a tough one...this is your man.
This review is from a person who hired this attorney.
Hired attorney

John Gemelli is a true class act; a man full of honesty and professionalism. Mr. Gemelli represented me in court due to an unfortunate series of events with my ex husband. Through out the entire process, Mr. Gemelli remained knowledgeable, empathetic, and professional. From Our first meeting, I knew that I can trust him. Through a series of 5 years with visiting the court room, he was the ONLY attorney who was able to represent me properly. Not only was I represented, I was also assured. I had a daily assurance that everything would be okay and with that, I was put at ease. His frankness, tenacity, and expertise is non comparable to any other attorneys I have ever dealt with. A good attorney hears your words, Mr. Gemelli understands them, and fights for what is set to be your rightful justice.- Zhanna
This review is from a person who hired this attorney.
Hired attorney

If you are looking to have a favorable divorce settlement with relocation, look no further! John's experience and familiarity with the court system was immensely beneficial. Although quite popular, John found the time to take personal interest in my case. He was there for me when I needed him and accessible if needed after hours and weekends. John is realistic about what to expect and was able to secure my relocation out of state.
This review is from a person who hired this attorney.
Hired attorney

I was represented by Mr. Gemelli in my divorce case. He was recommended by another Best Attorney in Manhattan to me. With great experience, Mr. Gemelli still approached my case with thorough preparation. In my case, I noticed that he adjusted himself during the time whenever he thought that it would be good for the result or would best benefit his client. He is very aggressive in representing his clients. My case would not have achieved anywhere near the current result without the hard work of Mr. Gemelli. My ex-husband is not reasonable; from time to time, he would attempt surreptitious and sometimes immoral actions in front of Mr. Gemelli. Recognizing what he was doing, Mr. Gemelli remained composed and still treated him in a professional manner. I also observed that Mr. Gemelli trained his associates in a very nice way. As a big attorney, he treated his associates respectfully and instructed them what to do with his expertise. On the other hand, aware that his rate is higher than his associates’, Mr. Gemelli was considerate and made it clear that in the training of his associates’ work, even when he was present, their rates should be used instead of his. All the above of Mr. Gemelli’s professionalism won me great respect. I highly recommend Mr. Gemelli to anybody who is looking for a stellar matrimonial attorney.
This review is from a person who hired this attorney.
Hired attorney

After being taken over the coals by other attorneys, and getting nowhere, a friend recommended John Gemelli. After sitting with John at a consultation, I knew he was the attorney that I needed. John is a straight shooter, no bs involved, tells it like it is. He and his entire staff kept me updated on all my questions and court dates. As my divorce proceedings were going on, I also heard from many people that John was one of the top divorce lawyers in Queens. THIS IS DEFINETLY TRUE!!! John and his staff are not in the business to take your money, they are in the business to do the right thing. I worked with John and Christine throughout the divorce. And they were great! John took the bull by the horns and settled my case within a year and a half. When John walks into the courtroom, you know that he will get things done. After all that I have been thru in my divorce, I trust John like a friend. So, as I said in my caption, look no further. Thanks John, you are the best!!
This review is from a person who hired this attorney.
Hired attorney

Mr Gemelli represented me in my divorce (custody support distribution) case. Mr Gemelli and his excellent staff worked extremely hard on my case. Mr Gemelli was able to delegate aspects of my case to his experienced staff and was able to keep me well informed of every aspect of the case during this difficult time. At Trial Mr Gemelli presented the evidence and was able to Cross Examine my husband about our children and finances. Mr Gemelli was prepared and argued my case with passion and zeal. While John does not have the best bedside manner, his staff and knowledgeable Assiciates were able to assist me in the most difficult times of my life. My end result was well over 70% of the reported marital assets. I would not have gotten such fantastic representation anywhere else. Thank you Mr Gemelli!!
This review is from a person who hired this attorney.
Hired attorney
See all reviews

I endorse this lawyer. John is extremely knowledgeable resource for divorce litigation matters. He has extensive trial experience.

Jill Altarac, Divorce and separation Attorney on May 3, 2017
Relationship: Opposing Counsel on matter

I strongly endorse this lawyer. I met Mr. Gemelli over 15 years ago when we were adversaries on a case. Since then we have had numerous other matters. He is an fantastic negotiator, and a highly skilled litigator. There are very few attorneys that I have witnessed in the last 21 years that are as knowledgable and can navigate through a courtroom like he does. Mr. Gemelli's knowledge, skills and incredible presense in a courtroom, result in extremely favorable results for his clients.

I worked with John in the past and respect him as a colleague. He is not just a true gentleman, but also a highly skilled advocate for his clients. His mastery of matrimonial and family law, along with the tremendous respect that he earned from his colleagues and the bench alike, enables him to achieve fair and favorable settlements/awards for his clients. I would endorse John without reservation.

Josephine Marino, Divorce and separation Attorney on Apr 25, 2017
Relationship: Worked together on matter

John is a skilled attorney who is highly respected by his peers and has an excellent track record.

John Gemelli is knowledgeable, courteous and intelligent and he zealously advocates for his clients. He is a dedicated attorney who strives to find the best solutions for his clients without the necessity of costly litigation. John is amicable, well spoken and easy to deal with. He doesn’t waste time on nonsense or get caught up in the rhetoric of the parties. I respect his ability and professionalism.