Naresh M. Gehi is the Principal Attorney at Gehi & Associates, Attorneys and Counselors at Law, with two offices serving the state of New York.

Mr. Gehi has more than 15 years’ experience as an attorney and has assisted thousands of clients in resolving complex immigration matters. Mr. Gehi is licensed to practice law in the state of New York, Eastern and Southern Districts of the State of New York and in the State of Connecticut. Also, Mr. Gehi is admitted to the Court of Appeals in New York.

Mr. Gehi holds a Master of Laws degree from the University of Georgia and was employed by the former administrative judge, Jeffrey M. Gottlieb, Esq., for approximately six years. During his employment with Mr. Gottlieb, Mr. Gehi assisted the firm in handling complicated immigration cases, ranging from family-based immigration to deportations, to employment-based immigration matters, etc.

Maintaining an active trial practice, Mr. Gehi specializes in dealing with incredibly complex immigration cases. Former State and former Assistant District Attorneys, and many private attorneys have referred challenging immigration cases to his firm, due to his reputation in this area. It is not uncommon for clients to transfer their cases to Gehi and Associates, particularly when the case involves complex immigration issues.

Mr. Gehi’s landmark case involved a client whose name and birth date matched that of a suspected terrorist. The case ultimately required dealing with the Federal Bureau of Investigation (FBI) and the Immigration Court. After litigating the case for nearly three years, the client successfully obtained his green card. This is but one of many examples of the types of cases successfully handled by his firm.

Besides being an active member of the American Immigration Lawyers Association (AILA), Mr. Gehi has also been a speaker at the New York Chapter of the American Immigration Lawyers Association. Additionally, Mr. Gehi was selected to serve on the Federal Practice Committee of AILA. As well, he regularly participates in interactive viewer sessions about immigration matters on numerous television programs in New York.

Mr Gehi has been a speaker at the prestigious National Press Club in Washington, DC and has testified in the New York State Senate on immigration matters.

He is frequently cited and quoted on immigration issues by news outlets, such as ABC News, Reuters, CNN, Channel 11 NY, Daily News, New York Post and Law360.com. Mr. Gehi’s articles on immigration issues regularly appear in various newspapers in New York. Mr. Gehi has also served on the “Ask the Experts” panel for immigration matters at the New York Chapter of the American Immigration Lawyers Association.

The website of Gehi & Associates, www.immigrationquestion.com, regularly updates visitors regarding the latest news in immigration and provides comprehensive information regarding the practice areas of his law firm. 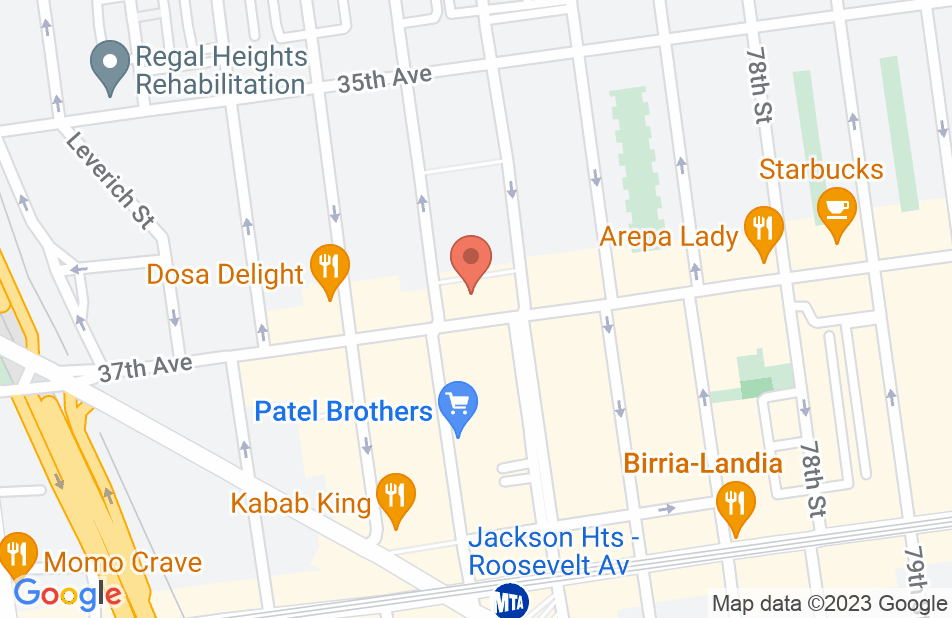 Naresh Sir is the person you can trust like you trust on God. Naresh Sir showed me the path and i followed it. And i got my Green Card. Before i met to Naresh Sir I went for guidance from too many Immigration Attorneys. I do not want to share thier names. They all said No one take your case. And finally i met to Naresh Sir. After getting my green card Naresh sir also apply for my wife and son. Stefi and Reshmi Nair helped me a lot with their assistance in this process. You never heard NO from Naresh Sir. Thank you agin to Naresh Sir and his team.
This review is from a person who hired this attorney.
Hired attorney

Excellent and they honor last minute consultation. They give you expert advice and clear your questions.
This review is from a person who hired this attorney.
Hired attorney

Gehi & Associates has been an incredible firm to work with. On our first consultation, Mr. Gehi sat down with us and explained us our options in the legal matter; his confidence was quite reassuring. The same level of knowledge and professionalism was encountered with all the people working in the firm, they answered all our concerns and were extremely attentive and patient. This is the first time we have had to hire a law firm and were worried about what to expect, but Gehi & Associates made it a painless process. Couldn't recommend them enough.
This review is from a person who hired this attorney.
Hired attorney

After Seeing Ads on TV my family and i felt the warmth and profesionalism from first step in the office from Panarabi :) Then Everything was Thoroughly taken care of Quickly and smooth by Shreya (such a doll) 10ssss across the board for Shreya and Gehi Law
This review is from a person who hired this attorney.
Hired attorney

Me. Shreya Rahut was very helpful and commitment to her work. She delivers very smoothly and always response to every questions. Ms. Kimberly Bangli was very generous always and always response to my email. Ms. Poonam was soft spoken and straightforward with her responses. I know it the immigration cases is a journey but with Gehi associated I know I am in good hands. Thank you guys keep it up. God bless Gehi associates.
This review is from a person who hired this attorney.
Hired attorney

The Best of the Best Lawyer

The best law firm there is in the country. I can only say great things about Mr. Gehi and his team. They handled my case and concerns doing all the hard work and I was approved for my case. I truly recommend Mr. Gehi because he is an intelligent, knowledgeable, responsible man, and true profession in his field of work. He is a wonderful and friendly attorney to the Guyanese and other Caribbean communities. If anyone is looking for a top of the line attorney for legal matters, Mr. Gehi & Associates is your place to be and get what you need and done guaranteed. The best out of the best! Thank you for everything Mr. Gehi & Associates.
This review is from a person who hired this attorney.
Hired attorney

My Case with Gehi & Associates

I am an Immigrant from Guyana. I am very thankful to Gehi & Associates for my greencard. I would definitely recommend this firm to my friends and family.
This review is from a person who hired this attorney.
Hired attorney

Brilliant law firm. Fought our case before the judge. Judge was pleased and granted us permanent residence. I recommend them 100%. My case was at the ozone park location
This review is from a person who hired this attorney.
Hired attorney

Gehi is very knowledgeable, thorough, a great communicatior, and truly represents best interests of his clients. Gehi is really hardworking lawyer, he always answered to my calls and emails. He would not take a case without a detailed evaluation of each and every piece of evidence. I trusted him and he brought excellent results. If Gehi takes your case, you can be confident that he’ll do everything and will win it. Besides being an outstanding professional, he also has very nice personality, and it’s simply a pleasure to work with him. Thank you
This review is from a potential client who consulted with this attorney.
Consulted attorney

Mr. Naresh GEHI is a Brilliant and very Experienced Immigration Attorney. He has a vast knowledge of Immigration Laws. I really liked his work and recommend him for any kind of Immigration Case. His staff is also well trained and very helpful. Thanks for the excellent services.
This review is from a person who hired this attorney.
Hired attorney
See all reviews

I endorse this lawyer, Naresh Gehi, who is a brilliant & likable lawyer with over 15 years of Immigration experience. He's very knowledgeable of Immigration law and treats his client's with utmost respect, honesty & dignity.

Naresh M. Gehi is an intelligent, experienced and exceptional attorney who is known in the legal community. He specializes in Immigration work and also has a substantial Bankruptcy practice and maintains an impeccable record for his clients. I would not hesitate to refer any client to Mr. Gehi. I wholeheartedly "endorse this lawyer's work".

Naresh M. Gehi is an intelligent, experienced and exceptional attorney who is known in the legal community. Where I have an immigration matter that requires attention, he is the first one I would call. I have no hesitation in referring clients to Naresh, as I know the client would be in the best possible hands. In addition to doing Immigration work, he also practices Bankrupcy and never had a client not be discharged. I "endorse this lawyer's work".