Attorney LAURA S. OUTEDA, ESQ. graduated with honors from Hunter College - The City University of New York in the year 2001 and received her degree "Juris Doctor" from Hofstra University School of Law in the year 2005. She is a member of the New York State bar and admitted to practice before the U.S. District Courts for the Southern and Eastern Districts of New York. LAURA S. OUTEDA, ESQ. is licensed by the New York Department of State, Division of Licensing Services, to transact business as a Real Estate Broker. Ms. Outeda was appointed by Arthur Aidala, President of the Brooklyn Bar Association, to serve on the Assigned Counsel Screening Committee for the Family and Supreme Court and elected Board Member of the Latino Lawyers Association of Queens County.

Arbitrator in the Small/Commercial Claims Court in New York City

Licensed by the New York Department of State, Division of Licensing Services

The New York City Bar Association (City Bar) - founded in 1870, the City Bar’s mission is to equip and mobilize the legal profession to practice with excellence, promote profession to practice with excellence, promote reform of the law, and uphold the rule of law and access to justice in support of a fair society and the public interest in our community, our nation, and throughout the world. 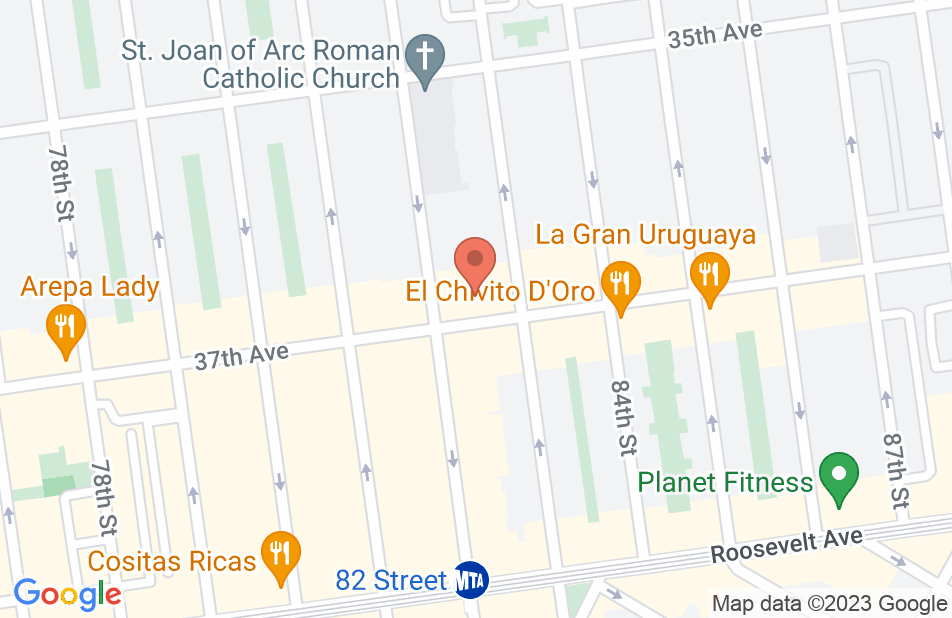 She is an excellent worker, the process of my divorce was incredible, everything was very fast, excellent, very kind and honest attention, gives you the confidence you need to make a good team, she helps you and guides you in the best way, I am very grateful because my Two processes that I carried out with her were very fast, dedicate the time you need, it does not make you wait in a waiting room, your appointments are for you, it is very punctual, excellent work, 100% recommended that God bless you, excellent work, thank you very much.
This review is from a person who hired this attorney.
Hired attorney

Laura helped my wife with immigration advice and was not only a perfectionist but kept us informed during every single step. Her communication skills have kept us calm during a stressful time. Truly outstanding.
This review is from a person who hired this attorney.
Hired attorney

Laura assisted my family with a complicated and sensitive immigration matter that required extensive time and attention. The process took many months and she was always responsive and attentive. She took complete ownership of the case and kept us informed throughout the cycle of the matter. Her Spanish language skills were of great comfort to my wife and Laura's kind and understanding demeanor was also helpful when things would get difficult. She accompanied us to all of our meetings and followed up with the government as needed and when we encountered a huge roadblock on our case, she was tenacious in wrestling a response from the agency. We cannot speak more highly of Laura and strongly recommend her to anyone who needs someone in their corner during a difficult legal challenge.
This review is from a person who hired this attorney.
Hired attorney

Clear and honest. She was able to answer all my questions regarding legal issues. She is going to fight for you if you are right, if not, don't try here.
This review is from a potential client who consulted with this attorney.
Consulted attorney

Atty. Outeda was a great help when we were getting through a fire at our home. She is friendly courteous and highly knowledgeable. Highly recommended!
This review is from a potential client who consulted with this attorney.
Consulted attorney

Awesome lawyer! Will continue hiring her for remaining immigration services as needed. From start to end, 5 months! Today was the interview, went great. Visa approved!!! Thank you very much for everything!
This review is from a person who hired this attorney.
Hired attorney

I had a wonderful experience with Ms Outeda. She was very friendly, personable, answered my questions thoroughly and was very helpful to my needs. I highly recommend her for legal services. She handled my case with grace, style and class. I will definitely use her services again if I ever need them. I highly recommend her. Thank you, Laura. You were fantastic and a pleasure and i look forward to seeing u soon.
This review is from a person who hired this attorney.
Hired attorney

I had a wonder experience with Laura. She was very thorough during our consultation and her fees were very reasonable in addition to the fact that she is easy on the eyes. She worked very fast and her communication when needed was very quick and adequate. I highly recommend her to serve your legal needs and if I ever need legal services in the future, it will be her that I go to. Im very grateful for the work that she did as she handled everything without me having to make many appearances as she handled everything on my behalf. Again, she was wonderful. I highly recommend her. Thank you, Laura.
This review is from a person who hired this attorney.
Hired attorney

Laura S. Outeda, Esq. is intelligent, hard-working and extremely proficient who gets the work done quickly. As a paralegal myself, I know how hard it is to meet deadlines and respond to requests in a timely fashion. Ms. Outeda was responsive to my phone calls and emails and always available to answer my questions. In New York City, it is rare to find a legal professional who is honest, knowledgeable and still charges affordable fees. I would highly recommend her.
This review is from a person who hired this attorney.
Hired attorney

Ms Laura Outeda is an excellent lawyer!! so professional and patient!! she is billingual and shows me the good knowledge of the law!! Don't dude to make an appointment with her Adriana
This review is from a person who hired this attorney.
Hired attorney
See all reviews

Ms. Outeda is a highly capable attorney committed to providing clients experienced, knowledgeable and aggressive representation. I endorse her without reservation.

Ms. Outeda is a top-notch immigration attorney. A zealous advocate for her clients and highly respected in the legal community.

I endorse this lawyer. Ms. Outeda is my go to attorney for immigration matters. She is smart, hardworking, and dedicated to her craft.

Laura is a dynamic attorney who is exceptionally committed to her clients and community!

I endorse this lawyer. She is a top notch lawyer that works hard to get her clients positive results.

I endorse this lawyer. Laura is a highly skilled professional. She is dedicated to representing her clients and at all times serves their interests. In addition to Bankruptcy, Laura can represent you in the areas of Wills and Estates, Landlord Tenant matters, Immigration, Divorce and Family Court issues. Laura will respond timely to a clients questions and communicate regularly about the status of a case.

I've known Laura to be an extremely professional and hard-working lawyer who cares deeply about helping her clients achieve their goals.