My career has taken me through almost all the venues of law of as a general practitioner.
My passion however, lies with Immigration law. It is my firm belief that all those that have made the gargantuan effort to come here from their various former homes, deserve to stay here, period. I do not subscribe to the notion that immigration is a way for criminals and other undesirable elements to gain entrance into the United States, I firmly believe that people are people whether they are US Citizens or immigrants. In my work I represent various asylees, and detainees.
The detained immigrant is a unique specie in our society as his legal rights and rights as human being are suspended indefinably while in the custody of Immigration. I have had clients spend years for "offenses" that any American citizen would have gotten a slap on the wrist for. It is highly unfair and inhumane. I also work with family petitions and various visas.
In my general practice, I have arraigned people in various Criminal Courts and participated on of counsel basis as well as lead trials in areas of DWI, criminal trespassing, and possession of illegal substance cases. I also represent of clients in small claims courts and Landlord/Tenant courts across the Greater New York Area
I have performed various contract negotiations including negotiating commercial leases for most favorable terms to my clients, as well as drafting various contracts, some of the more memorable ones include various contracts in the industry of adult entertainment.
I have done extensive personal injury and New York No fault work for various firms, as an associate and as a per diem. I routinely conduct real estate closings and file uncontested divorces.
I also work in the area of family law and enjoy representing the male spouses as they get under represented and undermined due to gender and a bias against males, especially when it involves children and custody issues. 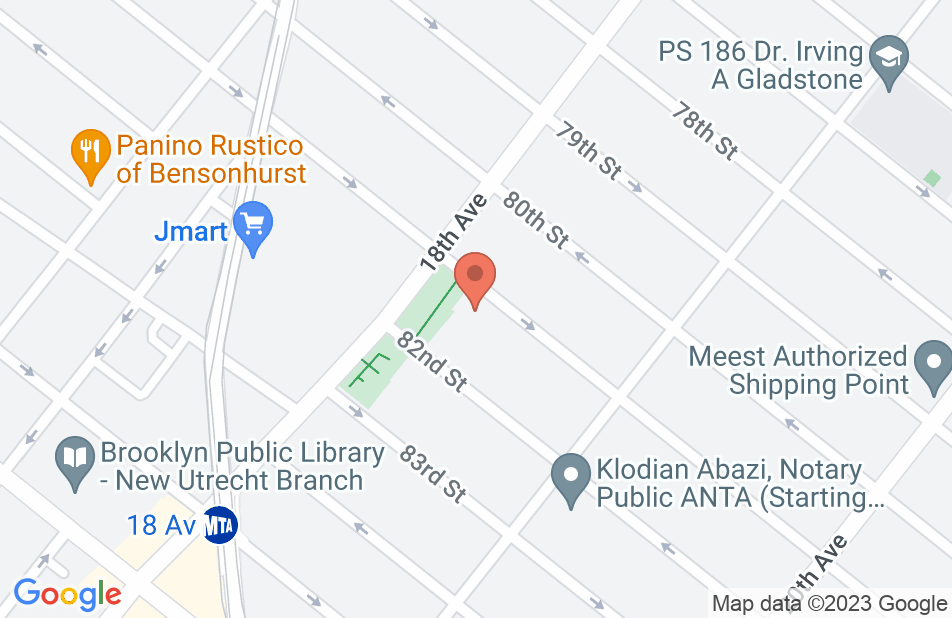 She helped me out a lot in my life probllems
This review is from a potential client who consulted with this attorney.
Consulted attorney

Stella is a very knowledgeable, courteous and resourceful Immigration attorney. It's a pleasure dealing with her. Goal-oriented and energetic. I highly recommend her.