Since my admission to practice in 1990, I have dedicated my professional practice to ensuring that my clients receive personalized attention and superior service.  I learned from my father who founded in the firm in 1962 that there is nothing more important than a satisfied client who receives everything they have asked for...and more. 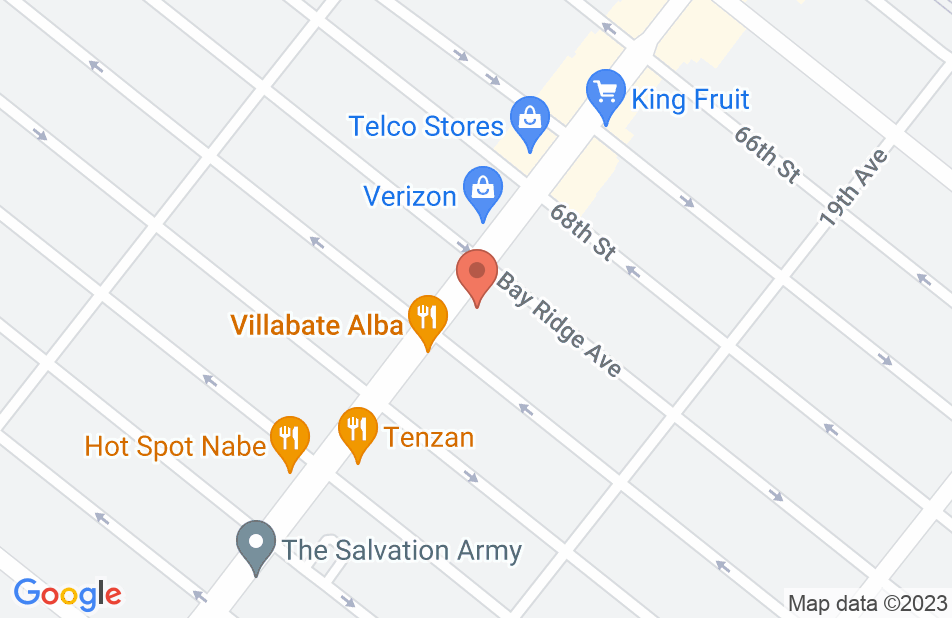 As a Senior Citizen, I needed an attorney who could address all my concerns, not only my Last Will and Testament, but Power of Attorney, Health Care Proxy and Living Will. I found Al very helpful and patient in answering my questions, he returned my calls promptly and he also camE to my home on L. I. To discuss all of the above mentioned documents. I have and will continue to recommend him to my friends, Al is extremely knowledgeable in Elder Law which is important to Seniors.

Mr. Polizzotto is very professional and detail oriented. He explains legal matters in a way you can understand and always makes you feel comfortable. My family and I have seen him several times in the last 15 years for Wills, Trusts, Elder Law advice, Deed Transfers and Medicaid planning. He has always confidently guided us in the right direction. I would highly recommend his legal services.

We went to Mr. Polizzotto for estate administration. He was polite, professional, & careful to guide us on all of the details of the process. His work reflected his professionalism, & he was always available to answer questions in a timely manner. We highly recommend Polizzotto & Polizzotto for your legal matters.
This review is from a person who hired this attorney.
Hired attorney

This was our first home purchase and Mr. Polizzotto made this experience such a pleasure! The entire process was extremely smooth and he made it very easy to understand every step. I highly recommend Polizzotto & Polizzotto for any legal matters.
This review is from a person who hired this attorney.
Hired attorney

I hired this attorney to set up my trust, he was so thorough and professional I hired him against to create LLc's for my properties, and now he is my attorney for life , I have recommended him to my family and they too hired him. I highly recommend Al Polizzotto to anyone who requires legal advice for their real estate needs & life estates, etc....
This review is from a person who hired this attorney.
Hired attorney

Thanks to a Real Professional

From my first call to his office, I was pleased with the courtesy and professionalism I received over the phone. I actually spoke with Alfred Polizzotto. not office staff. He was extremely helpful in answering my questions over the phone. No other law office did that and I even encountered rudeness from other firms when I asked questions. I did call a few firms, since I do shop around for excellent customer service and expertise, especially for this sensitive matter of estate planning. I had my estate planning (will, living will, POA and Health Care Proxy) prepared and completed with him within a month. I was pleased with the recommendations he offered and I felt comfortable discussing these personal matters with him. He explained everything in layman's terms, so I was comfortable with his expertise. If you are looking to have your will, etc prepared, I would highly recommend Alfred Polizzotto. Thanks so much Alfred!.
This review is from a person who hired this attorney.
Hired attorney

Al and Chris represented me through my real estate closing. They were very professional and answered all my questions. The rate for their legal service was very reasonable. I highly recommend their legal services. Ly
This review is from a person who hired this attorney.
Hired attorney

My husband of 33 years was in a very serious accident at the age of 55 which left him with a traumatic brain injury. When I went to Alfred Polizzotto, I was a mess. He sat me down and said you have enough to handle right now, I will take care of everything for you. It was difficult at first, but as I got to know him and his staff (Liz) better, he was right. I couldn't handle everything. He is very professional and caring. He got my husband approved for Medicaid, and did my trust and will. I am very thankful for him at this difficult time. I highly recommend Polizzotto & Polizzotto!
This review is from a person who hired this attorney.
Hired attorney

Alfred is a great attorney. You are in good hands with him. My family has used him on a number of occasions and was very please with him. He has helped me with several matters as well. I found him very reliable and always able to answer any question thrown at him. He really is an expert in his field that you can trust.

In October 2013 I spoke with Mr. Polizzotto concerning having my sister who had a criminal record removed as Coexecutor of my parents' estate. He stated that he required a $7, 500.00 retainer. After I decided to retain him, I received a call from his young associate, Ms. Cindy Cheung. That was my first and last phone call from her. The remainder of our communication was through emails. After three months and $5,975 in charges, she did not have a petition filed with the Court. Each time she submitted something to the Surrogate Court, the Court sent it back (or so she said). I spoke with Mr. Polizzotto on several occasions about my concerns. He assured me he would follow up with her and get back with me. He never did. After receiving a motion from my sister's attorney to have me removed as Coexecutor, in total frustration, I dismissed Mr. Polizzotto's associate and retained another attorney. In two weeks my new attorney had a filed petition and a hearing before the Judge with my sister at the cost of $3,081. I do not recommend that anyone retain Mr. Polizzotto or any associate of his firm. Their incompetence can be very costly.
Alfred Polizzotto's response: I am truly sorry that the client was unsatisfied with our firm. Unfortunately, her assertions are not accurate. After our retention in October 2013, there were numerous telephone conferences with the client, multiple drafts of complex relief for removal of her sibling as executor, issue an injunction and surcharge the executor(requiring extensive research). There was extensive communication during the weeks leading to Thanksgiving leading to the filing of the petition on November 15. Due to the Thanksgiving holiday, the Court did not respond until 12/2 informing us that they wanted the various relief divided into two separate motions. The requested changes were made and the motions resubmitted to the client for signature on 12/17. The client returned them to us on 12/20 and they were filed on 12/23. Unfortunately, the sitting Judge on the matter was away for the holiday until 1/2/14. The client discharged my firm on 1/3/14. I write this only to illustrate that our firm is trustworthy and responsive to our client's input and calls/e-mail. I personally take any complaint seriously and wish the client nothing but gook luck in the future.

I have had a number of cases and real estate matters with Mr. Polizzotto. He is an exceptionally talented attorney, possessed of both the knowledge and skills that make him a fine litigator. If you don't hire me, I heartily endorse Mr. Polizzotto.