Since joining the Lipsig Firm in 2005, Marc has consistently obtained outstanding verdicts and settlements for our clients. In 2012, Marc was named the youngest ever partner in the firm’s history.

On April 6, 2017, Marc concluded a two week jury trial in the Supreme Court, Bronx County. The Jury held the defendants 100% responsible and awarded Marc’s client $13 Million, including $9 million for pain and suffering, and $4 million for medical expenses and lost wages.

This was Marc’s 11th consecutive trial in which he has yet to suffer a defeat or have a single percent of comparative fault assessed against his client. The Daily News covered the verdict: NY Daily News – Jury Awards $13m to woman injured in Bronx stair fall.

In 2016, Marc was named as the “10 Best Under 40” by the American Institute of Personal Injury Lawyers and was also selected as a Super Lawyer as published in the New York Times. Marc ended the year with more than $30 million in recoveries.

Marc’s cases have been extensively covered in the news media, including the Wall Street Journal, Associated Press, NBC, ABC, FOX, WPIX, Telemundo, and newspapers across the country.

Marc is currently working with a coalition of lawyers across the country representing individuals that were harmed due to e-cigarette battery explosions. On December 18, 2016, United States Senate Minority Leader Charles Schumer called for an E-Cigarette recall based on an Associated Press Story featuring Marc’s advocacy for an injured Queens women. 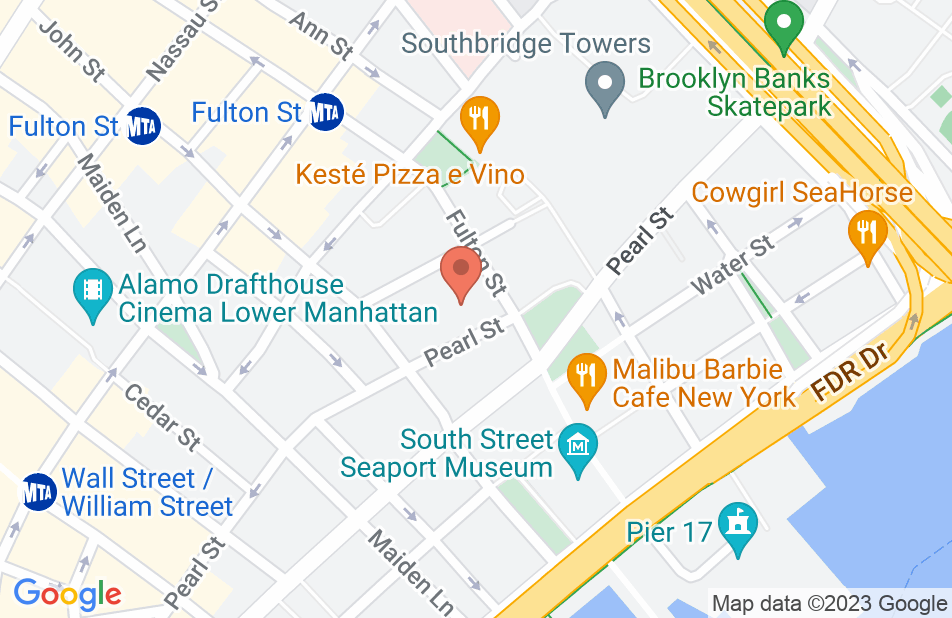 Would recommend to anyone I know

Marc was a very straight forward and to the point guy from day one. He was pleasant to work with and helped me with anything I may have needed along the way. Most of all I was happy with the end result.
This review is from a person who hired this attorney.
Hired attorney

Marc represented me with honesty, compassion, and always made himself available whenever I was presented with a difficult situation regarding my case. He also unraveled the plethora of complexities that came with the nature of litigation in an easy to understand manner that allowed me to remain calm, collective, and confident throughout the entire process. I was also pleasantly surprised with Daisy, the paralegal who continuously went above and beyond to make sure that everything was functioning as smoothly as possible. She was thorough and always made herself available for a phone call concerning paperwork, doctor's appointments, and meetings that I had with Marc. In a world where everyone is so rushed in their day to day activities, Daisy was always by my side at any given time of the day for the entire duration of the case and was, in my mind, the "driving force" behind the entire process. Respectful, resourceful, considerate, and as professional as they come. An excellent combination in my mind. I highly recommend Marc Freund due to his professionalism and the way his firm is run. Everyone from the operator, to the paralegal, to Marc himself were always there for me and I never felt lost at any time during my case. HIGHLY recommended! A+!
This review is from a person who hired this attorney.
Hired attorney

i would like to thanks to my lawyer marc freund who was from beginning of my case to the end of it and who fought like a professional warrior and i especially want to thanks a very good woman in the area of her work who treated me too good daisy de jesus god bless you always and the rest of the team work a million thanks!!!!!!!!!!!!!
This review is from a potential client who consulted with this attorney.
Consulted attorney

Ariella Herman, Workers compensation Attorney on May 3, 2018
Relationship: Worked together on matter

Marc is a brilliant trial lawyer. His raw talent, knowledge and experience is reflected in the consistent high value jury verdicts and settlements he obtains for his clients. Marc's expertise and strategic litigation skills, combined with his relentless dedication to his clients, result in his unparalleled ability to efficiently and effectively resolve cases - through settlement or trial - while maximizing results for his clients.

Marc is a fantastic trial attorney and I highly recommend him. His passion for his work is matched only by his results. He has a genuine compassion for his injured clients and makes a difference in their lives. He is able to identify and focus on the safety violations that cause people to be injured and explain these violations to a jury. His hard work keeps not just the workplace safer for all construction workers but for the entire community.

I heartily endorse Marc Freund as a top-level plaintiff's personal injury lawyer. He cares about his clients, works incredibly hard to help them and litigates their cases to obtain the maximum recovery possible. His legal skills are impressive in court on trial and during all discovery work. He has deep resources that assist his clients.

I endorse this lawyer. From the initial signup to verdict Mr. Freund is relentless in getting the absolute best result possible for his client. It is rare to meet a lawyer these days with his passion to always be the best. I consider it a privilege to have worked on cases with him. I would also feel confident referring a complex matter to him for trial. You have chosen wisely if Marc Freund is your personal injury lawyer.