Kenneth T. Kerner has been practicing law since 1989 and specializes in civil litigation, with a special emphasis on medical malpractice, nursing home neglect and general tort liability. He has extensive interest and acquired knowledge in legal and medical research, which serve his clients well in all matters of personal injury litigation.

He also advocates in the appellate tribunals of the State of New York, and, on appeal, has obtained numerous affirmances and reversals of lower court rulings in matters pending before the New York State trial courts, establishing legal precedent in New York State.

Mr. Kerner also serves as a court appointed mediator in the Civil Court of the City of New York, where he is called upon to hear evidence and render decisions in all types of civil litigation. He has also been appointed by various Supreme Court Justices as a Special Referee in foreclosure proceedings and as a Guardian Ad Litem for mentally disabled individuals and infants.

Mr. Kerner has been honored to serve as a Special Assistant District Attorney for the New York County District Attorney’s Office, where he wrote and argued appellate briefs on behalf of the People of the State of New York.

Kenneth T. Kerner is admitted to practice law in the State of New York and passed the New Jersey State Bar Examination in 1989. He is also admitted to practice law and appear before the United States District Courts for the Southern and Eastern Districts of New York, as well as the United States Supreme Court. Mr. Kerner is a member in good standing of the American Association for Justice (formerly ATLA), a prominent victim’s rights advocacy group, The American Bar Association and The New York State Trial Lawyers Association. He’s also a panel member of the New York City Bar Association Legal Referral Service.

Mr. Kerner has been honored to be reviewed by fellow practicing attorneys in the New York City metropolitan area for Martindale-Hubbell, a prominent and respected attorney peer review firm, and awarded its highest “AV Preeminent” rating in legal ability and professional ethics and was recently elected into Super Lawyers, a nationally prominent legal publication,  as one of the top litigators in New York.

In his free time, Mr. Kerner cherishes his time with his family. He enjoys exercising, skiing and the great outdoors. 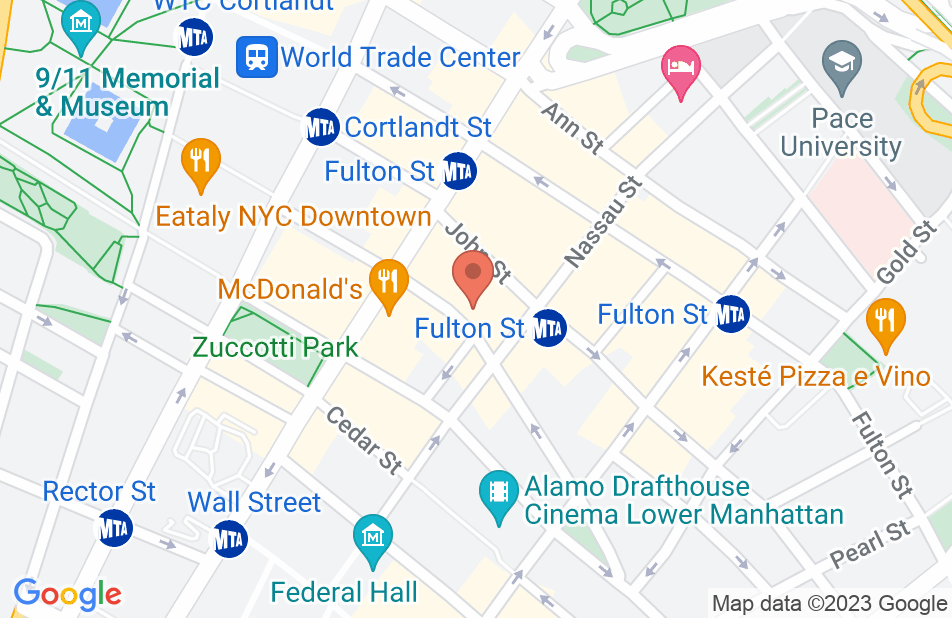 He was great, and got me a nice settlement for a case that was very difficult. My settlement was $180,000. Thanks Again Ken.
This review is from a potential client who consulted with this attorney.
Consulted attorney

Consulted with Ken for a defamation lawsuit (I was being sued). He was great—real patient and empathetic, and was even willing to be flexible regarding compensation because of my financial situation. Though I didn't end up going with him (costs), I definitely had a great experience.
This review is from a potential client who consulted with this attorney.
Consulted attorney

Kerner & Kerner are great attorneys; they were professional, highly skilled and responsive to my needs. Our case was brought to a successful conclusion and we would not hesitate to retain them again and to recommend them to others.
This review is from a person who hired this attorney.
Hired attorney

Mr. Kerner was able to help me win a settlement, in a relatively short amount of time. He was always able to explain everything to me so there was no misunderstanding. He always makes the time of day to get back to you if you have any questions.
This review is from a person who hired this attorney.
Hired attorney

"#The Best lawyers get you the most!'

I have worked with Kerner & Kerner for many years and they always get the best results!!! They are true experts!!! and there experience shows with the results on all the cases they have helped me with.
This review is from a person who hired this attorney.
Hired attorney

Being hit by a car and ending up in the surgery room is a horrible experience. Going through the legal process becomes a requirement to protect one’s rights. I was referred to Ken. He was present at the hospital right after my surgery. He ensured all documents were filed on time to start a legal case. He followed up diligently with all stakeholders - whether me, the insurance companies, and the defendant’s lawyers. He kept the communication lines open, explaining the process to me and getting my input wherever needed. I was able to fully trust Ken and I knew he had my best interest at heart. Ken’s strong knowledge of the personal injury law brought the other party to the table and we were able to negotiate a settlement. It was a pleasure working with Ken and I highly recommend him.
This review is from a person who hired this attorney.
Hired attorney

I endorse this lawyer. He is highly competent, very hard working, and will do anything within his power to obtain a good result for his clients.