Ameer Benno is an experienced trial and appellate lawyer.

Ameer began his legal career as an Assistant District Attorney at the esteemed Manhattan District Attorney's Office, where he served for several years in both the trial division and the appeals bureau. Upon leaving government service, Mr. Benno worked at premier civil litigation law firms where he focused on representing plaintiffs in personal injury and civil rights matters in both state and federal courts.

From 2006 through 2012, Mr. Benno was an adjunct professor at New York Law School, where he taught Appellate Advocacy and Legal Reasoning and Writing. Mr. Benno regularly lectures for bar associations and continuing legal education providers on topics having to do with trial practice, civil rights litigation, constitutional law, and the U.S. Supreme Court.

Mr. Benno has been named to The National Trial Lawyers: Top 100 and has been named a New York Metro Super Lawyer every year since 2012 in the area of civil rights law. Mr. Benno has also been selected for membership in the National Association of Distinguished Counsel as one of the “Nation’s Top Attorneys.” These are invitation-only organizations composed of the premier trial lawyers from each state who meet stringent qualifications.

Ameer serves on the Civil Rights Committee, Federal Courts Committee, and Appellate Law Committee of the Nassau County Bar Association. He is a member of the National Police Accountability Project, the First Amendment Lawyers Association, and the New York State Trial Lawyers Association. He is the president of the Nassau Lawyers’ Association of Long Island, and he sits on the board of directors of the New York State Academy of Trial Lawyers.  Mr. Benno also serves on the advisory council of Nassau-Suffolk Law Services.

In addition to his membership in professional organizations, Mr. Benno is a civic leader. He is the president of the Merrick-Bellmore Jewish Community Council and serves on the board of directors of the Merrick Jewish Centre.  He is a member of the Bellmore Kiwanis, the Bellmore Lions, and Post 652 of the Jewish War Veterans of the USA.

Ameer is a graduate of the Johns Hopkins University and Cornell Law School. 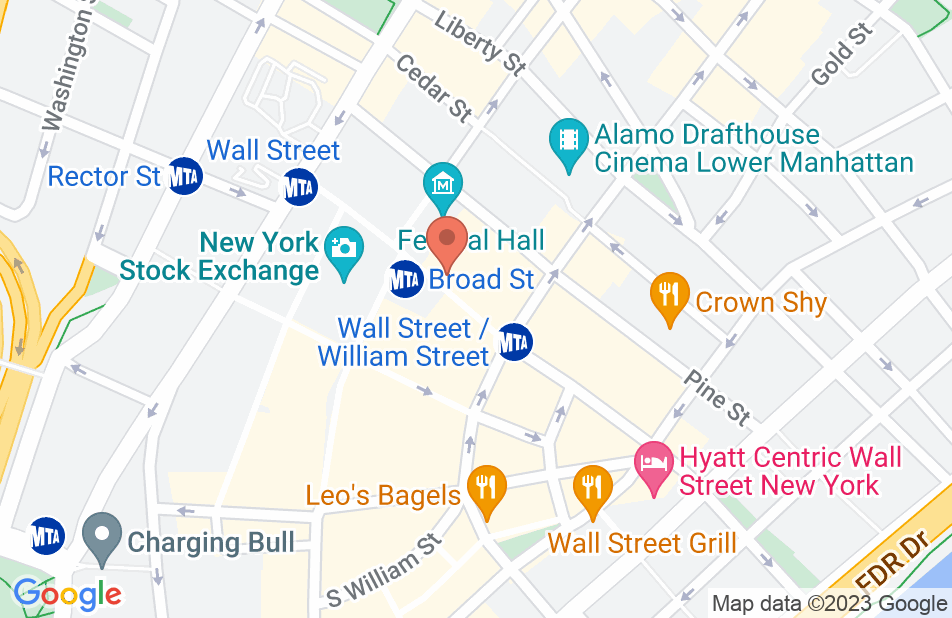 Mr. Benno got me through the most traumatic time in my life he has been the most professional and kind person. I believe I couldn't have found better representation from anyone else, I was very , very pleased with my settlement . I would hire him again and recommend him in the highest regard.
This review is from a person who hired this attorney.
Hired attorney
Ameer Benno's response: Thank you for the kind words! It was truly a pleasure to represent you and to get to know you and your family. I am honored that we were able to achieve such an outstanding result for you!

Best of The Best

Mr. Ameer N. Benno is an extraordinary and experienced lawyer who is always finding the best optimal solutions for his clients. I was false arrested by inexperienced police officers in NYC and was charged with misdemeanor in third degree, and I was experiencing the malicious legal bargaining by putting me in the unfavorable position for months. I am an immigrant whose culture is to obey the law and not to challenge with higher authorities, but the justice system had pushed too far, so I decided to practice the law and defended my right as an ordinary citizen. So, I was looking for a lawyer who is willing to represent me. By the time I contacted him, I did not know the strict regulation deadline to file the Notice of Claim within 90 days’ rule. Mr. Benno have insight into the problems of diversified culture of his clients. He explained in detail with patience and listened my foreign accent without any miss understanding of my needs. Finally, my case was dismissed and Mr. Benno helped me win the huge amount of settlement from the City of New York. He is fair and good legal mentor of mine. I would recommend him to be your legal advisor for life.
This review is from a person who hired this attorney.
Hired attorney
Ameer Benno's response: Thank you, YuanJie (Jackie)! It was my honor and privilege to represent you. We work tirelessly to get justice for our clients, and I'm very glad I could do so for you. Best regards!

I went to Mr. Benno's office about six months ago for legal advice about my case. He spend two hours with me and answer every question I have for him. He was very professional and I was very pleased the way he treated me. There is so many attorneys in New York City and they will tell you what you want to hear but Mr. Benno iis different he is very honest professional and straight forward and he will guide you the right way I highly recommend Mr. benno to everyone. Thank you.
This review is from a person who hired this attorney.
Hired attorney
Ameer Benno's response: Thank you for the kind words, Mandeep! I'm very glad I could help you. Best regards to you and your family.

My son broke his arm in a playground and Ameer was able to win the case for us by his in depth understanding of the case and the law involved. He was able to negotiate with NYC a very substantial amount which was an order of magnitude higher than their first offer. Very friendly yet professional and skilled attorney I would highly recommend.
This review is from a person who hired this attorney.
Hired attorney

Mr. Benno was well prepared, thorough and very professional in representing myself, the Plaintiff, in my case. I would not hesitate to highly recommend him. An excellent attorney. Although this was a Jury trial, a settlement was reached.
This review is from a person who hired this attorney.
Hired attorney

In September 2014 I sought out a skilled civil rights attorney. And I found Mr. Ameer Benno. He listened attentively to what I had to say and took on my case. He was very upfront of what may lie ahead of us and kept me posted of updates with new developments In my case. I'm very pleased with the service Mr.Benno provided.
This review is from a person who hired this attorney.
Hired attorney

My many years of living experience has enabled me to appreciate and value one who is educated to be helpful to us according to our living needs. With that I give strong reference to Ameer Benno. He is a lawyer with extreme and appropriate knowledge and awareness of human feelings. He listens and that is a very important attribute for a lawyer. Mr. Benno has given me valuable and legal direction. He has directed me through the legalities of publishing and copywriting, as well as the completion of a family will. He always answers ones call as time provides.
This review is from a person who hired this attorney.
Hired attorney

Ameer N. Benno is a great attorney, he promised me that the case will be dismissed and it was. Furthermore, he was able to permanently seal any record of my arrest. He always answered e-mails and phone calls, and his services were fairly inexpensive.
This review is from a potential client who consulted with this attorney.
Consulted attorney

Very personable, always returned calls promptly, and extremely knowledgeable. Ameer is a former Manhattan DA that secured me a conditional discharge on a Class E felony. I would highly recommend Ameer to family and friends.

Ameer is an excellent attorney. He is very knowledgeable, and skilled. My case was a double felony, not only was the outcome very positive he took the time to help me recover my personal property well after the conclusion of my case. He is also friendly!
See all reviews

It was a pleasure working with Mr. Benno. He is a zealous advocate who fights for the rights of his clients.

It was a privilege to work with Ameer on several matters. He is a seasoned litigator that truly embodies the term "zealous advocate." He leaves no stone unturned and thinks many steps ahead. I continue to refer and work with Ameer on matters because I know what I am getting when I work with him- hard working, extremely knowledgeable, efficient (especially with legal research), and most importantly, caring. I highly endorse Ameer.

I worked together with Ameer on a matter that required extensive litigation skills. Ameer is able to make very rational and well thought out decisions when the strategy involves multiple moving parts. He always aims the discussion towards solving a problem, which is extremely helpful. On top of this, Ameer is very personable. It would be a pleasure to work with Ameer again.

I have worked with Mr. Benno on complicated litigation and he never seized to impress me with his knowledge, passion, skill and above all else genuine concern for his clients!!

Mr. Benno is a highly professional and extremely detail oriented attorney. His civil rights and criminal defense work is always of the utmost quality, and he makes sure to give full attention to his clients' needs and unique circumstances. Having worked personally with Mr. Benno, I can confidently state that he is also a pleasure to work with

I have known Ameer not only as a fellow prosecutor in the Manhattan District Attorney's Office, but also as an attorney in private practice. As a prosecutor, Ameer was respected for his diligence, intelligence and ethic. Since leaving the District Attorney's Office, I also worked with Ameer after he referred me a client whom he was working with in civil litigation. I know Ameer obtained the best result possible for the client and worked hard in doing so. In the event I have a conflict with a client that prevents me from representing them or multiple defendants come to me, I would not hesitate to contact Ameer to take the case or work along with me.