JENICE L. MALECKI, ESQ. is a well-known New York securities attorney and has been a FINRA arbitrator and Chairperson. In 2012, 2013 and 2014, Ms. Malecki was named as a Top Attorney by Super Lawyers and the National Law Journal, featured in the New York Times Magazine, New York Magazine, National Law Journal and other related publications, as well as being named as one of “New York’s Women Leaders in the Law 2014”. She appears regularly on TV, in the news and on the radio. Ms. Malecki is a frequent bar association and law school speaker, as well as a seasoned authority on New York law, who frequently files official comments for consideration on new rules and laws.  In 2014, she visited Senators and House of Representatives members’ offices to garner support for the Investor Choice Act of 2013, currently on the floor of the House of Representatives, and to persuade the Senate to pass similar legislation.

Ms. Malecki is a member of and has been on the Board of Directors (and an Officer of) the Public Investors Arbitration Bar Association (PIABA), a member of the Board of Directors of The PIABA Foundation – a non-profit organization with a mission to educate investors and provide the public with information about abuses in the financial services industry and the securities dispute resolution process. She has been a member of the Securities and Exchanges Committee at the New York City Bar Association and the New York State Bar Association, having spoken many times at the Practicing Law Institute (PLI), the New York City Bar Association and the New York County Lawyers Association, Brooklyn Law School, St. John’s Law School and New York Law School, as well as participating annually in PIABA’s year-end conference. Ms. Malecki has appeared on Wall Street Journal Live, NBC’s Today Show, Fox Business News, ABC’s Eyewitness News, Bloomberg Television, China TV, EBR TV and several other syndicated shows and networks.  She has also appeared on Steve Forbes’ in-flight radio show “America’s Most Influential Women in Government, Technology, Business, and the Law”, as well as other nationally syndicated radio programs. She and her cases have been and continue to be cited in numerous industry publications, including The Wall Street Journal, The New York Times, Forbes and Newsweek. The Wall Street Journal featured Ms. Malecki in an educational video clip about the arbitration process at FINRA, the Financial Regulatory Authority. Ms. Malecki’s career has been the subject of an article of Law Crossing.

Jenice L. Malecki’s experience as a New York securities attorney began in class action litigation, having worked on the famed class action case In re Crazy Eddie in the counsel’s office of the lead plaintiffs. Throughout the 1990’s she represented numerous broker dealers and was instrumental in regulatory matters involving well-known “boiler room” stock fraud characteristic of the era. In 1999, Ms. Malecki founded her own practice, MALECKI LAW, in Manhattan, which today employs an esteemed staff of securities arbitration and employment lawyers.

Ms. Malecki was awarded Martindale-Hubbell’s highest legal ability rating of “AV Preeminent”, a distinction she has long maintained. This rating “identifies a lawyer with very high to preeminent legal ability”, and is a reflection of one’s “expertise, experience, integrity, and overall professional excellence.” These ratings, “established by attorneys for attorneys, clearly indicate [Ms. Malecki] demonstrate[s] the highest professional and ethical standards.” 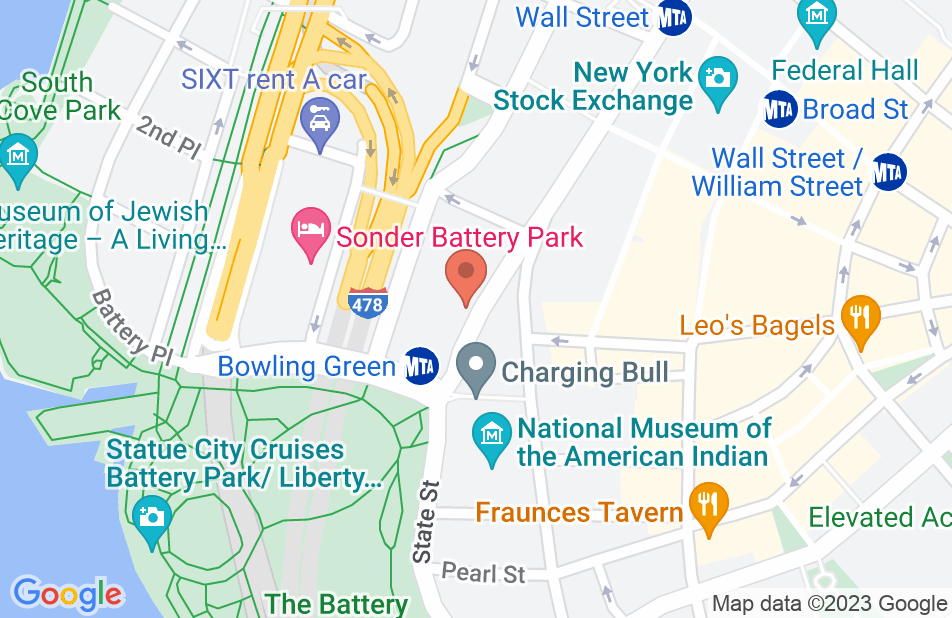 This attorney is attractive and personable . . . But don't let that fool you . . . She is also extremely knowledgable and tough when necessary. She is a great negotiator and she gets great results even when you think that no results are even possible. She always makes herself available to speak to you by phone no matter how often you may call her. She is also very honest, which I discovered by way of expense retainers. Other attorneys that I dealt with in the past, once you give them a retainer, it's gone, even if they only used half of it (which you'll never know) however, Ms Malecki does not hide expenses; if she didn't spend all of your retainer, you'll get back what she didn't use. Her staff is also easy to work with.

Ms. Malecki defended a commercial litigation case for my client, and did a very professional job. Her motion practice was direct and she was honest with the client regarding the merits of the various issues involved. She was professionally courteous but also held her ground with opposing counsel as required. Her billing estimates were accurate as well, which was greatly appreciated in order to make appropriate business decisions.

Regained my faith in Lawyer's

Without going into an hour description of my situation, I am my Dad's POA and have been looking after his investment account since 2003. My Dad has had this account for many years before that. A few years ago I ran into some problems with the firm we will call firm X. I had proof their claims may be incorrect but they would not listen and did not care what I had to say. I hired a N.Y. securities lawyer and gave him a retainer, after many months it was determined he was to busy so I said I would look for another lawyer, he charged me $5,000.00. I called several dozen law firms and when I told them who I was trying to take on they all declined to even talk to me. I called Mrs. Malecki and explained my situation, She explained my up hill battle but did not say no. She explained even if I am correct they still can tell me to get lost. I understood but felt my Dad has rights and I want to try even if I loose. Mrs. Malecki and Robert Van De Veire checked out the facts I gave them and agreed to try even though I still may not be successful. I gave a retainer and after the first step firm X used a clause to tell me to get lost, They were 100% correct what they predicted. There was another process we could go through and they agreed to help me, I told them I am sure I will owe more and the response was no there is still some money left. We went through the next proccess and firm X still would not give in. Short of going to court, which would not help this was all we could do legally. I thank Mrs. Malecki and Mr Van De Veire for all of their help ( and it was a lot ) and told them to send me the final bill. There was no bill, there was portion of the retainer that was a refund. I do not know how. I explained there is no way you charged me what you should have and any other lawyer would have charged me more. The response was we charged you a fair rate, not compared to most New York securities lawyer's. Not only were Mrs. Malecki and Mr. Van De Veire so easy to work with they are beyond generous and kind. Jim

Jenice Malecki, Bob Van De Veire and Adam Nicolazzo did an excellent job on the meditation they handled for me and a group of investors. They were thorough, well-prepared, and knew exactly how to pitch our case. Hope not to need lawyers for FINRA claims again, but would not hesitate to use Malecki Law again.

Jenice and her staff are all excellent - highly responsive, answer as many questions as you have in a way that you can understand, are very patient, sympathetic to your situation, and make you feel comfortable during a difficult and stressful time. I never once had to follow up - they always came to me to keep me updated by phone and mail. I highly recommend them.

Jenice Malecki is a remarkable attorney. In 2008 Our world (financially) came crashing down on us. We had sought her advice regarding our investment firm and and financial advisor. She was very attentive to every detail and went to great lengths to get to the bottom of our troubles. She communicated with us regularly and kept us informed throughout the entire process. Thorough would be an understatement. She is a true professional. Her preparedness for our case was beyond reproach. We were extremely satisfied with the way our case was handled and its outcome.

I worked with Jenice and her team to successfully resolve a brokerage / securities related issue for an elder relative and was quite pleased with how they walked us through the process and took into account the challenges that age sometimes unfortunately present. They were all professional - and effective. I would use them again without question if the need arose.

I haven't formally retained Jenice (yet), so not sure about the usefulness of this recommendation, but Jenice was kind enough to share some valuable insights on restrictive covenants and its potential consequences on my startup business. I was impressed not only by her professional expertise, but how quickly she comprehended my particular situation and applied common sense to her opinions. Also, I truly appreciated her readiness to spend ample time discussing the issues, allowing me to get a solid, broad understanding of the restrictive covenants landscape. She gained my full trust and I wouldn't hesitate a second appointing her my attorney, if needed.

Jenice is truly a rock star! My wife and I contacted her to help with a quick-turn-around closing on our apartment. Fast, friendly, and fabulously informed about the process and what we'd need to stay on track to close on time, Jenice never skipped a beat. She's a dedicated attorney that goes above and beyond for her clients. Honestly, what more could you ask for?

Ms. Malecki is the consummate professional. Her understanding of the legal issues and court tactics are nothing less than outstanding. She always promptly responded to any concerns I had and took the time to explain complicated legal issues.
See all reviews

Ross Intelisano, Securities and investment fraud Attorney on May 21, 2020
Relationship: Worked together on matter

Jenice is a top notch attorney in our field of securities and employment arbitration. Smart, tenacious, fair and honest. I call her for her opinion on matters all the time. I endorse her strongly.

Jenice is an excellent litigation attorney. A zealous advocate for her clients and well respected in the legal community. Highly recommended lawyer.