Alan Sack is an experienced intellectual property attorney. A graduate of MIT and the Benjamin N. Cardozo School of Law, Alan helps his clients protect their patents, copyrights, trademarks and trade secrets in disputes before district courts across the United States, the United States Patent and Trademark Office (US PTO), as well as before the United States International Trade Commission (US ITC). He has served as lead and associate counsel in numerous patent, trademark, unfair competition and copyright litigations and has also mediated intellectual property disputes.

In the realm of patent law, Alan handles patent and design patent litigation matters before U.S. district courts, and inter partes matters before the US PTO, including patent appeals, reissues, reexaminations and post issue review proceedings. He also counsels clients on patent preparation and infringement matters and has extensive experience in the preparation, prosecution and appeals of patent applications before the US PTO in a broad spectrum of technologies and designs. He is experienced in patent and copyright protection of technologies relating to computer sciences and business methods, as well as, nanotechnology, biotechnology, medical devices, imaging, LED lighting, mechanical devices, energy storage, radiation detection, superconductors, computer sciences, signal processing, iontophoresis and chemical technologies, waste treatment, polymer molding and processing, chemical engineering, petroleum processing, films, fluid handling and business methods. Alan also has successfully overseen opposition proceedings before the European and Japanese Patent Offices, and he also handles licensing negotiations and preparation of license agreements.

Alan is experienced in trademark, unfair competition and trade secret litigation in the U.S. district courts and opposition and cancellation proceedings before the US PTO. He routinely counsels clients in adoption and clearance of trademarks and service marks, the protection of trade secrets, as well as U.S. and foreign trademark filing, prosecution, opposition and appeals. His practice also encompasses counseling and negotiation of branding and advertising transactions. He advises clients regarding protection and use of trademarks in advertising and product packaging, advertising claims and the use of appropriate marking of patents and registered trademarks on product packaging and brochures. Alan has extensive Trademark, Copyright, Trade Secret & UC protection, counseling, licensing and litigation experience in the Apparel, Banking, Entertainment, Fabrics, Food, Footwear, Gaming, Music & Restaurant industries.  Alan has been a longtime member of the International Trademark Association (INTA) and an active member of the Trade Name Subcommittee of the Trademark Enforcement Committee of INTA. Alan has also handled a variety of copyright and entertainment related litigation, registration and counseling matters, and has litigated software and television copyright infringement actions in U.S. district courts and before the US ITC.

In a recent US ITC investigation, Alan and his team prevailed on summary determination in an investigation involving a children’s television show.  The ITC’s Administrative Law Judge (ALJ) found lack of substantial similarity between the accused television show and the copyrights asserted in the investigation.  Alan has also handled matters related to copyright infringement actions in the music industry and has been successful in taking down infringing content for music posted on various Internet websites under the Digital Millennium Copyright Act. (DMCA). He has also successfully conducted arbitrations under ICANN’s Uniform Domain-Name Dispute-Resolution (UDRP) arbitration procedures.

Alan is a member of the Federal Bar Association and is part of a team of three senior patent litigators that has taken on an initiative to provide the district courts designated to participate in the Patent Cases Pilot Program (PCPP) with a series of in-depth and interactive multi-session presentations on the relevant substantive and procedural aspects of the Leahy-Smith America Invents Act. The sessions look at the how the new patent act affects the conduct of patent litigations before the U.S. district courts and the interplay between district court litigation and the new post registration proceedings before the USPTO. Alan and his colleagues have presented before the judges, magistrate-judges and law clerks of the Southern District of New York, and the Eastern District of New York and have contributed to the drafting of the local patent rules that are shared by these courts.

During his career, Alan has been a partner at the law firms of Fox Rothschild, LLP and Hoffmann & Baron, LLP, as well as of counsel at Morgan & Finnegan, LLP and Lock Lord, LLP. 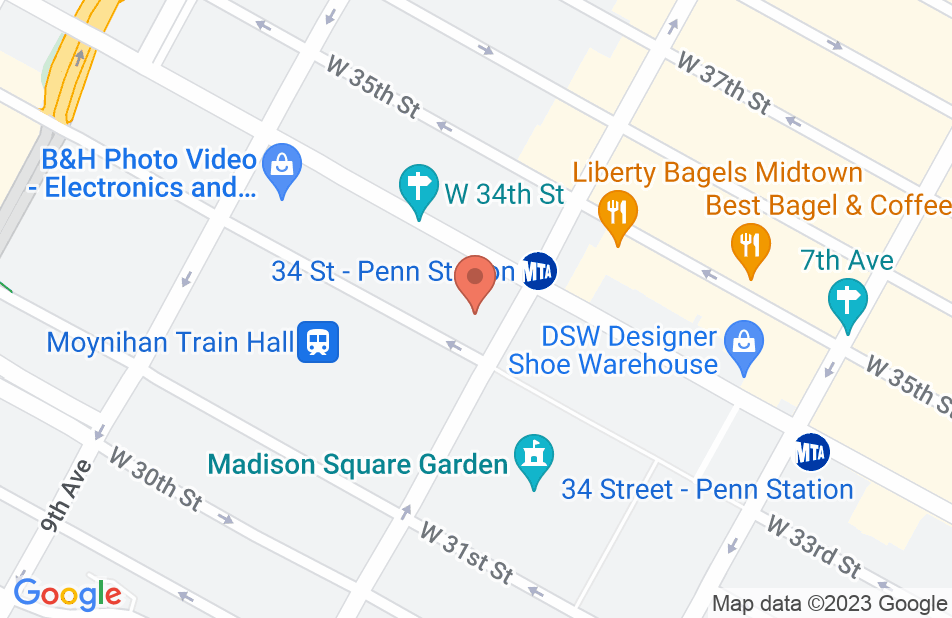 Alan is a top notch patent attorney. He is efficient, through and has terrific interpersonal skills in relating with the client. I highly recommend him.
This review is from a person who hired this attorney.
Hired attorney
Alan Sack's response: Thank you David! It was wonderful working with an excellent attorney as you. I hope that we have a chance to work together again soon.

I was very fortunate to have found Alan M. Sack to help me with my invention idea. Alan gave me exceptional guidance and advice throughout the Patent Application process. It's nice to know that he has my back and I have his support. Alan is extremely knowledgeable and very meticulous in his field. I highly recommend Alan to anyone who is looking to hire great Patent/Trademark Attorney.
This review is from a person who hired this attorney.
Hired attorney
Alan Sack's response: Andrew, it has been my pleasure working with you on your invention, patent application and trademark. I appreciate the care and enthusiasm that you have for your innovation. Thank you for your kind review. I look forward to your success in bringing your product to market, and your Intellectual Property protection validated and approved by the US Patent and Trademark Office.

Alan helped me with negotiations on my first contract. He was willing to help me on short notice and right before a holiday. I would definitely recommend him and plan on seeking his counsel in the future with future projects.
This review is from a person who hired this attorney.
Hired attorney
Alan Sack's response: Thank you! Always happy to help kind and talented artists, like you. I hope to work with you on your next film.

Very helpful! Discouraging! But, kept me from jumping into a situation that I would later regret!! LOL!
This review is from a potential client who consulted with this attorney.
Consulted attorney
Alan Sack's response: Norma. I am pleased to help. Sometimes the best moves are the ones we pass on making.

Mr. Sack and his staff handled my patent related issues professionally and with great clarity as to how we would process. Appreciated his great guidance and honesty. There were no surprises.
This review is from a person who hired this attorney.
Hired attorney
Alan Sack's response: Thank you Hal! I'm pleased to help. Looking forward to your next project.

A consultation with Mr. Sack

Mr Sack was very helpful in answering all of my questions and responding to my emails. I found him very warm and friendly as a lawyer during our consultation and email discussions, and although I was not able to hire him for his services at this time, I highly recommend him if you are looking for an attorney. Thanks for the referral to Mr. Sack.!
This review is from a potential client who consulted with this attorney.
Consulted attorney
Alan Sack's response: Jeaninne, always happy to help! Thank you for your kind review. Hope to speak with you again soon.

Alan Sack is one of a kind. Very helpful and goes the extra mile to help you find a great lawyer outside the US if your question involves another country. He's a sweetheart! Very educated in his field and gave me the best advice without any talk of money or fees. Very good attorney! 5 Stars from me!
This review is from a potential client who consulted with this attorney.
Consulted attorney
Alan Sack's response: Thank you for your wonderful review! I am always happy to help. Hope to speak with you again soon.

I worked and was trained by Attorney Sack years ago at a top law firm. Alan has the rare combination of being an expert in all areas of IP law (patent, trademark & copyright), as well as being able to distill difficult legal concepts into understandable concepts allowing clients to take well-informed action. He is extremely ethical and I would not hesitate to recommend him to my friends and colleagues at any moment.

Alana is undoubtedly a top notch attorney who has skillfully mastered his primary area of practice over the course of his professional experience. His sharp critical thinking and flawless work ethic are perhaps the key qualities which ensured the success of a remarkable number of his cases. I endorse this lawyer and encourage anyone who needs superior legal representation to opt for his services.

I endorse Attorney Sack. I have viewed his responses and advice that he has offered on a wide range of topics and have found it on point and insightful.

As a fellow IP attorney, I have had the pleasure of observing Attorney Sack demonstrate his immense knowledge in all avenues of Intellectual Property law on a routine basis, showcasing his mastery over myriad complex issues of law on these Avvo forums. Accordingly, I endorse Mr. Sack for his wisdom and honed craft.

I have worked closely with Attorney Sack over several years on multiple matters covering patent, trademark and copyright. I wholeheartedly endorse him for any litigation in those areas - he places the client's interest above all else, but is not a "Yes man" -- he is not afraid to tell his client that what they want to do/are doing is foolish and to provide practical alternatives.

I endorse this lawyer. I know Attorney Sack through his participation on Avvo. He has provided quality advices and opinions by promptly answer the questions.

I know Attorney Sack through his participation on Avvo. As a fellow practitioner in Intellectual Property, I always find his responses to be concise, cogent and on-point. He gives practical advice that cuts to the heart of the issue and is helpful to the questioner. I endorse this attorney.

Attorney Sack advocates for his clients and their interests in a strong intelligent manner. His contributions to the legal community, especially the community of inventors, entertainers, and copyright holders, are valuable and provide keen insight to all who come into contact with him. I wholeheartedly recommend Attorney Alan Sack.

I endorse Attorney Sack. He has over 30 years of experience and does excellent work. I appreciate all the time he spends answering questions in the Q & A Forum. I highly recommend this attorney.

I know Mr. Sack from his frequent contributions on Avvo. In my experience, his answers have been thoughtful, accurate, and insightful. In short, Mr. Sack seems to be well versed in all aspects of intellectual property law.

I endorse this lawyer. Mr. Sack takes a lot of time to answer questions on the Avvo forum and always provides great information. He is very knowledgeable.

I enthusiastically endorse Attorney Sack for his abilities in Intellectual Property and Entertainment Law. He and I practice in some of the same areas, and I have seen his well-reasoned and knowledgeable answers on AVVO, as well as consulted with him concerning possible IP litigation.

The number of superlative answers of Mr. Sack is beyond counting. His answers are consistently accurate, analytic, and customized to the needs of the Avvo askers. These are exactly the qualities that every client would look for when hiring an attorney.

Mr. Sack provides insightful analysis and is well informed on legal issues. I endorse this lawyer.