Joseph Makhandal Champagne is currently an Ambassador of Peace from the Universal Peace Federation. As part of his peace making attempts, in April of 2015, he traveled to Dominican Republic to help resolve the ongoing crisis over the Dominican Republic plan to deport tens of thousands of Haitians. He is a former Mayor of the Borough of South Toms River, New Jersey and a community organizer. Mr. Champagne holds a Bachelor of Arts in Psychology from Columbia University. After graduation, he attended Law Center’s Charles Hamilton Houston Pre-law Institute program at Georgetown University, where he won the Best Respondent Advocate award (Class of 1999).  Mayor Champagne earned his Juris Doctor degree from Vermont Law School (VLS). While at VLS, he founded the Vermont Law Student Leadership Collective for Human Rights.  As an exchange student, Mayor Champagne also studied European Union Law at the University of Trento, School of Law, in Trento, Italy.

Mr. Champagne served as a Judicial Law Clerk to the Honorable Wendell E. Daniels, J.S.C., Superior Court of New Jersey, Ocean Vicinage.  Mr. Champagne practices law in New Jersey and focuses primarily on immigration, criminal and civil law.  He is a member of the Ocean County Bar Association. He is admitted to practice in the New Jersey Supreme Court, the United States District Court, the Third and Fourth Circuit Court of Appeals of the United States of America.  In addition to State and Municipal courts throughout New Jersey, he appears regularly in Federal courts. In the past, he served as an assistant to the Public Policy Counsel and Executive Director of the Lawyers’ Committee for Civil Rights Under Law in Washington, D.C.

Presently, Mr. Champagne serves on several advisory committees including Alternative Dispute Resolution, Law Day, and Minority Concerns.  He is a board member of Ocean Community Economic Action Now, (O.C.E.A.N., Inc.), the Global Syndicate, and the Haitian-American Leadership Council. He was appointed by Assignment Judge Lawrence M. Lawson to the Superior Court Monmouth Vicinage Advisory Committee on Minority Concerns.   He serves on the Subcommittee on Minority Access to Justice. Mr. Champagne is a member of the Advisory Board UNESCO Center for Global Education in Nigeria and is the co-chair of an orphanage organization called Why Do I Exist?  Above all, he is a family man and human rights advocate. 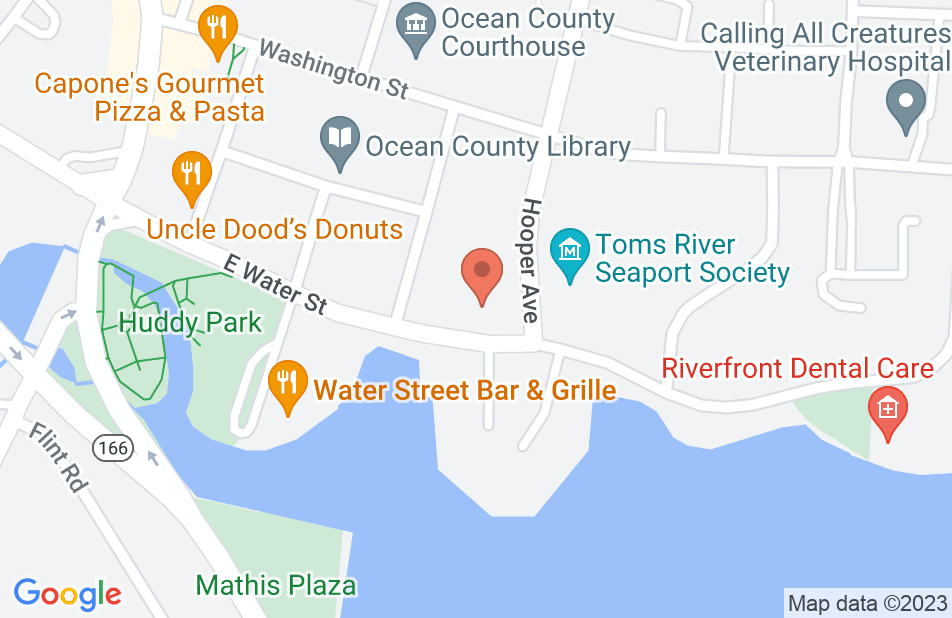 I’ve worked with Mr. Champagne since 2013 and if it wasn’t for his helped, my family member would have been deported. When all other lawyers declined my case, he was kind enough to help and when I had to deal with my own immigration problems Mr. Champagne was very easy to work and provided solutions. Pricing was very fair but his hard work was exceptional, excellent, and beyond any expectations.
This review is from a person who hired this attorney.
Hired attorney

The best of the best.

I was in deportation case with immigration because of criminal charge of pos. of marijuana . If it wasn’t Mr Champagne and his team with their wide knowledge in law , I will be deported by now. Especially I had no hardship to keep me in country. He didn’t only helped me With reducing the charge to misdemeanor but dismiss the deportation and he got me my citizenship. I can’t thank you enough Mr Champagne and Mrs Sepulveda. May GOD keeps on putting the best blessings in your ways.
This review is from a person who hired this attorney.
Hired attorney

Integrity and Passion at their best

My family and I had the privilege of meeting Mr. Champagne at an event back in 2016. Though we ‘thought’ we have no immigration issues going on at the time, we still sat down with him and took his card. Little that we know our I-130 petition was taking way too long. We’ve decided to seek Mr. Champagne’s advice about the delay. After considering the facts and odds against us, we ended up hiring him. We thank GOD for making such decision. Our case took a major turn for the worst. During these months of tribulations, Mr. Champagne attended to us not only as our attorney but as a friend, brother, & counselor. We can’t testify how many times he’s lent his ears and shoulders to us. That meant so much to our entire family. His paralegal, which we constantly communicate with, was very helpful, professional, & patient with us. She kept us informed and up-to-date. By the grace of GOD and through the determination of Mr. Champagne and his team, we can sing Victory is ours. With no doubt Mr. Champagne’s integrity is almost unheard of in this field. Mr. Champagne serves with passion and fight fearfully to keep families together. For that and many other reasons we are and will always be grateful for his service. Last but not lease, for any immigration issues, we will not cease to refer everyone who come across our path to Mr. Champagne law office.
This review is from a person who hired this attorney.
Hired attorney

We consulted with Mr. Champagne in December 2017 & we officially started our immigration case in February 2018. Going into this we were very nervous & we didn't know what to expect, but they gave us the confidence that we needed. They always prepared & informed us on everything we needed to know. Him & his paralegal were always very helpful & kind. We never felt pressured or intimidate with them. I was mainly in contact with the paralegal, it was so easy for me to just email or call her with any questions. Cases like these can be very stressful but having a strong backbone is essential to succeed. Now May 2019 my husband is officially a permanent resident & we couldn't be any more happier & grateful! Thank you!
This review is from a person who hired this attorney.
Hired attorney

I hired Mr Champagne while I was in Elizabeth detention facility. Though I didn't have enough money for bail bond, he helped me get out (paroled). Since my case took long time (7 months) he helped me get working permit while waiting for my hearing day. My case was very complicated, he never gave up! He fought for me until I got my green card.
This review is from a person who hired this attorney.
Hired attorney

My husband and I hired Mr. Champagne to help me obtain my green card wich we were very successful obtaining. We cannot recommend him enough his professionalism was truly helpful through the process and Anastasia Sepulveda his paralegal was specially diligent and thorough. Thank you so so much Mr. Champagne and Anastasia.
This review is from a person who hired this attorney.
Hired attorney

The best attorney around.

My husband and I were a client of Joseph champagne. Our experience with mr. champagne was very positive. Our case was handled very well. There was absolutely nothing negative about our experience. I would definitely recommend him to anyone in need of a well paced, hard working attorney, who definitely gets the job done. Thank you mr. champagne for everything that you have done for my family and I. We deeply appreciate it.
This review is from a person who hired this attorney.
Hired attorney

One of the very best lawyer

I highly recommend Mr.Champagne. Words cannot describe or express my admiration for him. To anyone who needs an Immigration lawyer, you can definitely trust and rely on his experience, proficiency and talent/passion to help people.He's able to take on the most difficult cases indisputably. His dedication and commitment to provide the absolute best for his clients is the key to his success. You should not miss the opportunity to get in touch with Mr.Champagne if you need a strong and determined lawyer! Champagne will be your best resort. Thank you for all you have done for me and my family!!
This review is from a person who hired this attorney.
Hired attorney

He helped me with my case with his full potential, got me a bail that other lawyer couldn't get. I recommend him to anyone with any related case or others. Outstanding job
This review is from a person who hired this attorney.
Hired attorney

This lawyer is top notch, he turned my immigration case around and won me my greencard.

i had hired a lawyer in New York and he was horrible, so i fired him and hired Joseph Champagne, now my case had been denied and was going no where fast, i handed it to Mr champagne and he turned it around for me and wrote an amazing letter to the Board of appeals and got my appeal sustained, and now im waiting on my green-card. Joseph champagne was highly recommended to me by three other people and i was skeptical but he sure lived up to the hype, he was better ,hell he was amazing full stop. If you are living on the Jersey sore and are fighting an immigration battle and your lawyer sucks just fire him and hire Mr Champagne , remember this is your life your talking about here and if you have the slightest doubt that your lawyer isint doing what you are paying for well dont waste a second do what i done , call him up and say im sorry im not happy with how things are going and i want my case mailed to me and hire Mr Champagne , it will be the best move you will ever make , remember it takes a great lawyer who knows the ropes to get your life on track and get you your stability back in your life, immigration is getting tougher and tougher and soon it will be so expensive you will not be able to even afford it anymore. Point , hire the right lawyer because it makes a difference and Mr Champagne made a difference in my case and now i am free of looking over my shoulder and i can visit my family at Christmas and on special occasions , ive missed all my best friends weddings because of some dumb lawyer who just wanted the money. Call Mr champagne today if you are having the same problems i had you wont regret it. Good Luck..
See all reviews

I endorse this lawyer. I worked together on a case with Mr. Champagne. He is extremely professional and knowledgeable about the law. We had a client who was facing jail time and a ten year license suspension on a third offense DWI. The outcome was our client ended up serving 0 days in jail and his license suspension was a fraction of what he was facing. I would strongly recommend Mr. Champagne.

I endorse this lawyer. Mr. Champagne is an accomplished lawyer, a zealous advocate who goes the distance for his clients. He will not rest until his client's matter is favorably resolved.