Anthony Muscente, Jr., Attorney-At-Law, is a general practitioner in Allentown, New Jersey.  He has been practicing law for over thirty-five (35) years and has a wide-range of experience in providing legal representation to individuals and businesses throughout the State of New Jersey. His experience also includes the representation of various governmental agencies at the State and local levels.

Mr. Muscente’s practice covers most of the more traditional “general practice” areas such as business entity formation and representation, commercial litigation, debt collections, estate planning and administration, insurance claims, real estate transactions, leasing and landlord-tenant disputes, municipal court, personal injury, workers’ compensation, social security disability claims, land use and zoning and administrative appeals and hearings. In addition, his practice covers the area of alternate dispute resolution; including mediation and arbitration. He is a qualified mediator pursuant to New Jersey Rule 1:40; and is also admitted to the New Jersey Superior Court’s Roster of Civil Arbitrators in several vicinages pursuant to Rules 4:21A-2 and 1:40-12(c).

Mr. Muscente’s practice and experience encompasses not only not only the diverse practice areas noted above but also many more complex matters such as cases involving sophisticated real estate transactions, community associations, construction law and defects, condemnations, guardianships, environmental law, mortgage foreclosures, contract disputes and enforcement, consumer fraud, and governmental regulation and permitting. Furthermore, he represents owners and tenants on real estate tax appeals at both the County Tax Board and State Tax Court levels.

For example, Mr. Muscente has provided representation to the Casino Reinvestment Development Authority (“CRDA”) and New Jersey Transit (“NJT”); particularly in connection with several major redevelopment projects undertaken by these public agencies. His experience includes the representation of CRDA in connection with its “Corridor Project” in Atlantic City commonly known as “The Walk” and of NJT in connection with its Secaucus Rail Transfer Station project and its Morristown Transit Village project, among others. The Walk is the first major retail/entertainment/parking project of its kind in Atlantic City and the Morristown Transit Village project, known as “Highlands At Morristown Station” is the first Transit Oriented Development (“TOD”) built under NJT’s Transit Village Program.

Mr. Muscente has also represented regional and national level builders in connection with various real estate development projects.  His experience includes the preparation and submittal of “Public Offering Statements” for various types of “planned communities” to the New Jersey Department of Community Affairs for registration.

In addition to providing representation in connection with real estate projects that are in furtherance of the State’s objectives for “Smart Growth”, urban renewal and the clean-up of   brownfields, Mr. Muscente is also proud to have been counsel on transactions that have resulted in the preservation of hundred of acres of land for open space and parks as well as agricultural use.

Mr. Muscente has practiced as a partner at a prestigious law firm in Princeton, New Jersey and is a former Deputy Attorney General (“DAG”) in the Environmental Permitting and Counseling Section of the New Jersey Attorney General’s office.  As a DAG, Mr.  Muscente represented various state agencies such as the New Jersey Meadowlands Commission (“NJMC”), the State Soil Conservation Committee (“SSCC”) and the New Jersey Department of Environmental Protection.  He was the lead counsel to the SSCC and worked closely with its Executive Secretary as well as the Secretary of the State Department of Agriculture (who serves as the chairperson of the SSCC).

He also provided legal representation to the NJMC on a wide variety of matters, such as violation and penalty enforcement matters, land-use and permitting related cases, several complex litigation matters and on numerous open space and wetlands acquisitions, in addition to other various transactional matters. He was responsible for the acquisition and assemblage of the lands needed in connection with a major mixed-use redevelopment project undertaken by the NJMC extending over three (3) municipalities and requiring the closure and/or remediation of both regulated and “orphan” landfills.  That project has been recognized as the largest brownfields redevelopment project in the history of the United States with a project cost of over one (1) billion dollars.

In the private sector, Mr. Muscente’s litigation experience is also diverse and extends to the prosecution and defense of construction defects cases, commercial collection and foreclosure cases, contract disputes, personal injury cases, probate matters, landlord/tenancy matters and many other types of cases. Such representation has included the defense of subcontractors/suppliers in connection with multi-party construction defects cases involving planned communities and other major projects, including fire retardant plywood cases.  His clients have included one of the nation’s largest distributors and installers of pre-engineered fireplaces and related components (as that company’s New Jersey counsel); as well as the owner of five supermarket stores, in addition to numerous condominium and homeowners associations and many other businesses and individuals.

Mr. Muscente has been appointed by the Supreme Court of New Jersey to the District IX (Monmouth County) Fee Arbitration Committee as an alternate attorney member.

A graduate of Cornell University’s College of Arts and Sciences, Mr. Muscente earned his law degree from Southwestern University School of Law, in Los Angeles, California.  He also attained a Diplomate in New Jersey Municipal Law from Rutgers University’s Bureau of Government Research.

Mr. Muscente’s law office is centrally located on Main Street in historic Allentown, New Jersey, just a short distance from both Exits 7 and 8 of Interstate 195 as well as the New Jersey Turnpike.  The law office is easily accessible from most parts of the State via major highways.

For Further details regarding Mr. Muscente’s experience and practice, please visit his firm’s website at www.muscentelawoffice.com. 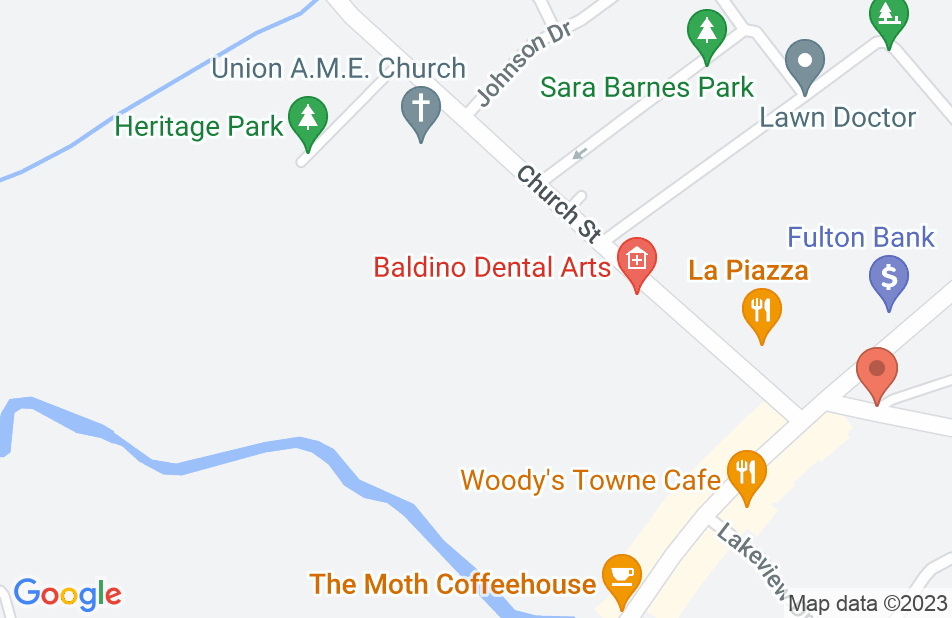 Mr Muscente explained everything very clearly and demonstrated extensive knowledge and experience. He was exceptionally easy to work with, very personable and responded to all requests very promptly. I would highly recommend him.
This review is from a potential client who consulted with this attorney.
Consulted attorney

Anthony was a pleasure to do business with! He is sharp, smart and cares deeply for the welfare of his clients. He "tells it like it is" and is extremely thorough in his research and follow-up. I wholeheartedly recommend Anthony!
This review is from a person who hired this attorney.
Hired attorney

Anthony took extra time to thoroughly explain every detail of the will process
This review is from a person who hired this attorney.
Hired attorney

We had a will, AD and POA prepared. He was very thorough and took the time to explain every portion of the documents. I had these done before by another attorney and found how much was lacking. Mr Muscente explained what was incorrect and he took the time to ensure these were completed in detail. Great and easy to work with.
This review is from a person who hired this attorney.
Hired attorney

Hired Anthony Muscente to take care of some estate planning and other items. Anthony was professional, transparent and clear of available options. Highly recommended.
This review is from a person who hired this attorney.
Hired attorney

I used Anthony to prepare my Wills, Power of Attorney, Medical Care Instruction Directive, and Proxy Directive For Health Care through my benefit with Hyatt Legal. He was very thorough providing different scenarios for the will that I had never thought of.
This review is from a person who hired this attorney.
Hired attorney

Anthony Muscente is a highly skilled lawyer who helped save me thousands of dollars by negotiating a deal with my bank in a failing business venture. He is friendly and extremely professional and I plan on using his service in the future.
This review is from a person who hired this attorney.
Hired attorney

Mr. Muscente was involved with the sale of our home. From the beginning he explained the sales contract, professionally negotiated with the buyer's attorney, and kept us in the loop through the entire process. Mr. Muscente is a conscientious and detail oriented lawyer. He found an over payment on the closing sheet and had it corrected before closing. He explained each paper we signed and put us at ease.
This review is from a person who hired this attorney.
Hired attorney

Anthony gave very good advise during the process of selling the house. Explained in detail things that were in the contract we were not sure about or didn't kmow. Took time with me that meant a lot.
This review is from a person who hired this attorney.
Hired attorney

Anthony was very detailed oriented, organized, thorough and fair. Although our contract did not go through, we felt that he did everything he could we will use him next time!
This review is from a person who hired this attorney.
Hired attorney
See all reviews

Timothy Hiskey, Land use and zoning Attorney on Dec 8, 2017
Relationship: Worked together on matter

Anthony is a terrific lawyer - meticulous and devoted to giving each client the best possible advice. I have worked with him for almost ten years and have the highest regard for his work.