Over 30 years of experience protecting clients with Divorce & Family Law matters. A Fellow of the American Academy of Matrimonial Lawyers. 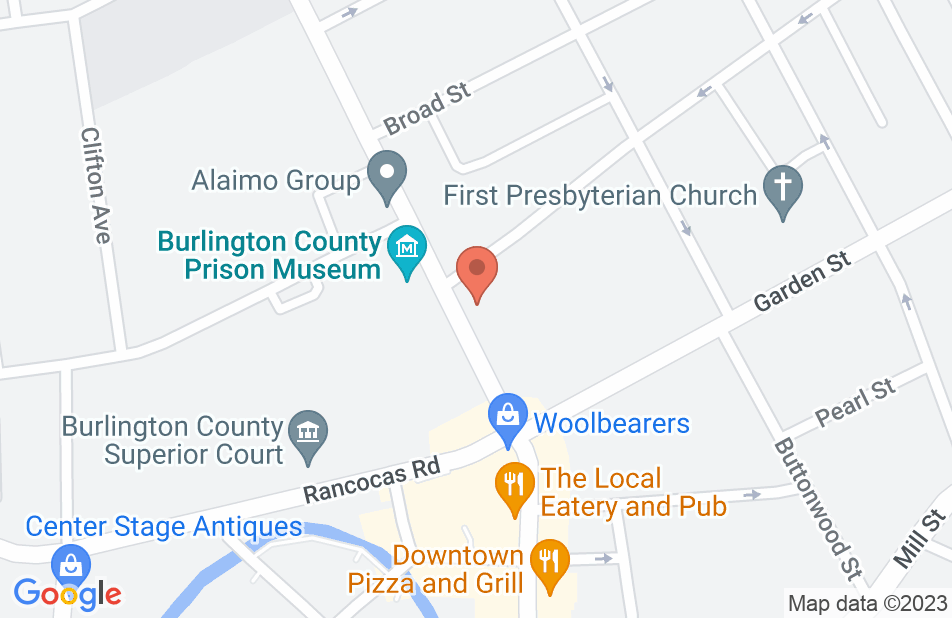 Excellent counsel and guidance during a very difficult time in my life. Would highly recommend Mr. Musulin and his team for any Family matters.
This review is from a person who hired this attorney.
Hired attorney

I would highly recommend Chris Musulin and his team to anyone who is looking to hire the "best" lawyer to represent them in any area of family law. His many years of experience and his determination to provide optimal results are the key to his success. He explains everything you need to know from the beginning and keeps you informed throughout the entire process. The results of his labor were above and beyond my expectations.
This review is from a person who hired this attorney.
Hired attorney

Mr. Musulin and his staff greatly helped me thru my divorce in 2019. Mr. Musulin is highly knowledgeable along with his staff, they answered all the questions I had throughout the whole process. They were always available and responded quickly to all my needs. I feel my divorce would have turned out much differently if I had not used Mr. Musulin and his great staff. They made a difficult time much easier. Thank you!
This review is from a person who hired this attorney.
Hired attorney

I cannot say enough about Musulin Law Firm, specifically about my lawyer Christina Fulton Groves. I was in a very difficult situation: coming out of a short-lived marriage where I had moved out of the country with a man who had dual citizenship. I had just escaped the marriage and returned to the USA with nothing to my name. I was also 2 months pregnant with my first child when I met Christina and the team there. Not only were they extremely compassionate, but they worked with me in every way possible given my situation. Christina was completely supportive yet honest with me every step of the way, but was also highly competent both with the laws and legal processes as well as with handling communication with my ex's lawyer who was in and from a different country/culture. In the end, I achieved getting the most important thing to me: full sole custody, without compromising beyond what I was willing to. I truly feel she was a God-send and couldn't have done it without her.
This review is from a person who hired this attorney.
Hired attorney

Christina Fulton has provided legal advice and guidance during a difficult situation. I found her to be experienced, responsive, knowledgable and honest. While working with Christina, I felt as though my situation was in adept and trustworthy hands, and she did not steer me wrong. I would highly recommend Christina to anyone seeking legal representation that is fair, honest and will keep your best interest and unique needs at the forefront. Should the situation arise, I would not hesitate to seek representation from Christina Fulton again. Kamlesh
This review is from a person who hired this attorney.
Hired attorney

Mr. Musulin did a good job in my case, he guided me the whole time, explain all the facts about the divorce that would help me understand the whole process. His office, together with the staff is really approachable, they will answer all your questions. I would recommend getting him as your lawyer because he will truly guide you all throughout the process.
This review is from a person who hired this attorney.
Hired attorney

When I initially came to Mr. Musulin I thought he would turn me away because I was a mess and my divorce was that awful. He didn’t turn me away. He listened and took my case. He got me through it and I felt like he actually cared. His whole firm was wonderful. I highly recommend Mr. Musulin and his firm.
This review is from a person who hired this attorney.
Hired attorney

My Gratitude to Musulin Law Firm

Musulin Law Firm helped me through a very difficult divorce. It was one of the most painful, stressful and confusing times of my life. The entire firm was professional, polite, caring and supportive. They were always willing to explain the process to me and I felt that they actually cared about my situation and case on a personal level. Even when I experienced barriers during this process they went above and beyond to make things right. At the end of this difficult journey I felt as though I had been fairly represented and my best interests had been the concern of the entire law firm. I would definitely hire them again if I ever needed legal counsel. I feel ready to start this new chapter of my life and sincerely thank Musulin Law Firm for helping me to get through the obstacles that were preventing me from doing so.
This review is from a person who hired this attorney.
Hired attorney

I would like to strongly recommend the team at Musulin Law Firm and Mr. Christopher Musulin in particular. I was recommended to Mr. Musulin by another attorney and told that he is one of the finest in the State of New Jersey, and was directly responsible for some of the divorce law enforced in the state, and therefore was quite familiar with all case law and precedent. I am extremely grateful for the recommendation. As in most divorces, this was a particularly sad and depressing time in my life where there are no winners. I was not only concerned for my children, but for the economic turmoil this would inflict on my life for many years. My wife's attorney came from an arrogant and demanding place, and convinced my wife that he would get her a huge settlement, and I was immediately concerned that this divorce would turn into a long battle that would affect my long term relationship with my ex-wife, and thus have a terrible effect on my two young children and their future, which I had worked so hard to secure for so many years. Mr. Musulin met with me, guided me through audits of my businesses, gave me all of his time that I needed, and mapped out a strategy (based on New Jersey State Law) so that I could be calm and balanced when discussing the details of the divorce with my wife, which I asked him if I could do, so as not to cause any unneeded conflicts or legal bills. My wife's attorney was absolutely no match for Mr. Musulin. I would go so far as to say that Mr. Musulin ultimately embarrassed him, without seeming to try. After a long and arduous period, and after Mr. Musulin had established much legal precedent and a financial support team to ensure that I would be safe if the divorce went to court, it became clear that my wife would be getting far less than I even offered. When I chose to offer my wife more in the divorce and end the potential for a long and drawn out legal battle, Mr. Musulin, knowing that he could extend the process and bill me more, agreed that I was being fair and generous, and advised me to finalize the divorce. While other attorneys are thinking of their own families and working to bill their clients, Mr. Musulin was thinking about my family, and actually cared for me and the true realities that face a family during such a difficult time. Mr. Musulin is interested in being honest and fair with his clients and there is not a hint of arrogance in his straight forward approach. He keeps his eye 100% on the law, which he knows better than most (or atleast much better than my ex-wife's "high powered attorney", and works to educate his clients on the process which helps them sleep at night. He turned over every rock for me to make my case and end such a terrible process. If I had allowed Mr. Musulin to use all of his skills and knowledge during my divorce, my wife (now ex-wife) would have gotten far less in the divorce. Because of experience and wisdom, I will always owe him a debt of gratitude and will recommend him whenever possible.
This review is from a person who hired this attorney.
Hired attorney

I am so thankful for Musulin Law Firm. Everyone in this office was kind and understanding of my situation. I never once felt like they were out to just "make money." I know that they all genuinely cared and helped me make the best possible decisions for my personal situation. I highly recommend this group.
See all reviews

I have known Chris for over a decade. He is not only a skilled divorce attorney,but also one of the top divorce mediators in the State of New Jersey. I wholeheartedly endorse his work.

I endorse this lawyer's work. During the last decade, I had the opportunity to have cases with Chris as adverse counsel. He was always prepared for his clients and up front with me. I look forward to cases where he is involved because I know there will not be any "games."