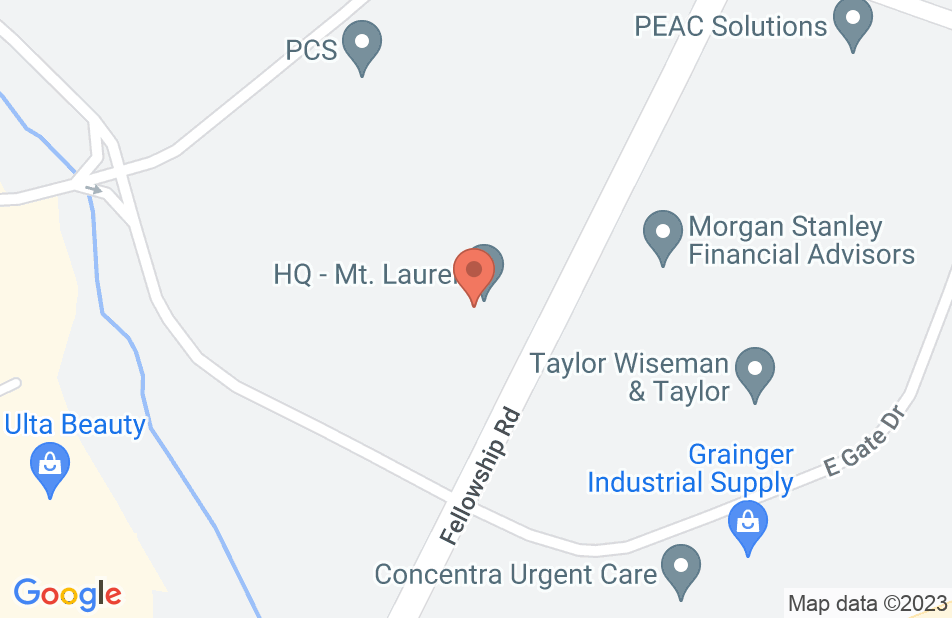 Mr. Jones took time with my case. He did research and consulted other lawyers in order to serve me to the best of his ability. He dug deep into the law to uncover every option available to me and fought for me with integrity. He is a kind and knowledgeable lawyer - professional and down to earth!
This review is from a person who hired this attorney.
Hired attorney

Very helpful. Punctual with responses. Always told me the truth with how he felt things would go whether or not it was favorable or not however most of it was.
This review is from a person who hired this attorney.
Hired attorney

Mr. Jones was my attorney and I am extremely pleased with his service. He definitely took the time to listen to my concerns and was able to reassure me that he would do his best to take care of my legal issues. I would definitely be using his firm for any future legal matters.
This review is from a person who hired this attorney.
Hired attorney

I've hired Mr. Marquis Delafayette Jones to help me with a Restrained order and he was very helpful and professional. I felt very confident with him. I definitely recommend his services.
This review is from a person who hired this attorney.
Hired attorney

Marquis D. Jones saved my sick disabled special needs child’s life more than twice in 2017 and again in 2018, when he stopped the wrongful forced court order to remove my disabled child from his medical treatments, team of medical specialist, and rehabilitations from North Carolina where he resided for two years. The removal would have killed my sick son. Custody remained with me. Marquis went above and beyond in being a lawyer, but he is a "life saver." Jones, was the lifeline of my sick disabled child from the time I retained him in 2017. Marquis understood my child's medical needs came first and he fought for me as an single parent and as father to keep sole and physical custody. He fought every step for my special needs child who suffers with an array of medical diagnoses. I trusted this lawyer with my child's life and my own, as I was deceived by other lawyers in the past with my case and who never appeared in court but took thousands of dollars of my money. This court battle went on for 3 years before I met Marquis D. Jones, Esquire and he closed the case and transfer the jurisdiction so my disabled son can remain in the state to continue his medical treatments. As a lawyer, Marquis D. Jones, and his law firm was also very knowledgeable about Sovereignty of Indigenous People, Federal Indian Law Rights, Tribal Rights and the Indian Child Welfare Act (ICWA) enacted by the Congress, at which this tribal judicial practice is highly needed in New Jersey, Connecticut, and New York to protect Indian Children where alot of Tribes and American Indian communities / reservations exist today. By Mr. Jones having this knowledge in Federal Indian Law, he maintained the Tribal Rights, which most lawyers today may lack this very specific education in Federal Indian Law, Indian Child Welfare Act and Tribal Rights. He was very dependable, consistent, passionate, strong, and excellent, but most of all, he listened to me and that also made a difference. Any time I needed to call him and speak about a urgent matter, he was always there and he never put me off. Mr. Jones, always communicated with me. The law firm and Marquis knew how bad my situation appeared to be, but they believed in me first and not the lies. It's important to have that trust specially when lies have been put on parents or fathers in custody battles. Mr. Jones fights for the "best interest of the child." In my case, Marquis Jones did court investigations in my file and found missing documents and he found something was very wrong. He went back to the Courthouse and requested the missing documents, which was taken out on purpose to remove my child from his medical treatments, then he found the truth that was needed. Because of his prior years as Superior Court Judge, he knew what to do and how to handle it. Moreover, his experience brings other lawyers to respect him in the Court and his law firm. Marquis D. Jones will fight until the end for what is right. Marquis is a Super Lawyer and the best.
This review is from a person who hired this attorney.
Hired attorney

I highly recommend attorney, Marquis Jones, and the Weinberger Divorce & Family Law Group to represent you

Within the last year I have retained the services of Weinberger Divorce & Family Law Group on two occasions. The emotional, physical and financial strain of having to fight for your rights on issues of divorce and custody are immense. My lawyer, Marquis Jones provided me with excellent service as a person first, then a client. He believed in me and he was thorough in his preparation to represent me before the court. His expertise and calm demeanor grounded me and settled my anxiety, fears and frustrations. He equipped me from all angles with what I may expect during my experience. He prepared for everything in expectation of having to deal with anything that came our way. I am prayerfully thankful and happy to say that both cases he fought for me were successful. Court battles are life changing. You have to be vulnerable enough to put part of your life in the hands of a trusted attorney who can fight for you in ways that you can’t on your own. I highly recommend Marquis Jones to be an attorney you can trust to fight for you.
This review is from a person who hired this attorney.
Hired attorney

Marquis Jones represented me in a custody battle that i had with my mother. Mr. Jones was, and is amazing. He knew my rights and made sure to remind the judge and opposing counsel of them every step of the way. Also Mr. Jones was very aggressive and confidant while in the courtroom which made me feel very comfortable. If i ever have any more family problems where i need representation this will be my guy. If you want a lawyer that will not be afraid to get up there, stand up and represent you than this is your lawyer. I believe Mr. Jones aggressiveness and knowledge put a hault on an un-needed trial, and made the opposing party think twice about getting on the stand and facing him. Also MR. Jones doesn't take any Sh*t. When dealing with the opposing lawyer Marquis was not afraid to hold back any punches. I know Mr. Jones is the biggest factor in me being awarded my Sole physical and legal custody, and he fought for me as if he was fighting for family. I love this guy he's the sh*t. He got me my baby back.
This review is from a person who hired this attorney.
Hired attorney

Mr. Jones worked on my child custody case where my rights as my son's father were unlawfully and unfairly stripped from me. Mr. Jones was prompt, professional, and knowledgable. I am so grateful for the work he did, and would use his services again without question.
This review is from a person who hired this attorney.
Hired attorney

I hired Mr Jones for a child custody case. From our first consultation to the Judge's final decision, he has demonstrated true expertise. He worked on my case during weekend and evening hours. His extensive knowledge and wisdom was clear after he compiled my Certification with his expertise. I've worked with Mr Jones for several months now and would highly recommend him to anyone. Anyone looking for an excellent attorney in child custody, I recommend Mr Jones!!!!
This review is from a person who hired this attorney.
Hired attorney

I have know Mr. Jones for over 30 years and can without the slightest hesitation recommend him to anyone. Aside from our personal acquaintance he has handled some very delicate legal matters for my family. Overall he was thoughtful, diligent, and very thorough.
See all reviews