Gerald H. Clark is Certified by the New Jersey Supreme Court as a Civil Trial Attorney, a distinction held by less than 2% of New Jersey attorneys. His practice concentrates on commercial litigation, class actions, civil rights and personal injury. Gerald has also served as counsel on a number of state and national class action matters. He played a key role in bringing about the settlement of an unprecedented consumer fraud class action lawsuit against Cooper Tire & Rubber Company, a settlement which is valued between $1 billion and $3 billion to consumers.

In July 2006, he Clark was listed in the New Jersey Law Journal’s "40 Under 40" feature which acknowledges 40 New Jersey lawyers under 40 years of age distinguished in the practice of law. In 2011 he was included in the National Trial Lawyers "Top 40 under 40" membership for his "superior qualifications, trial results, and leadership as a young lawyer under the age of 40." Gerald Clark has also been named a "Top 100 Trial Lawyer" by this association and has been listed as a "Super Lawyer" in every year since 2013.  He is a Member of the Board of Governors of the New Jersey Association for Justice.

Gerald Clark is a Member of the Million Dollar Advocates Forum. Among his achievements is a $2.520 million recovery for a worker who was turned down by a large injury law firm. Gerald showed how the needless violation of several basic worker safety rules resulted in the severe injuries.  He also recently achieved a $3,000,000 verdict for a worker who fell in a hole and a $6.250 construction injury settlement arising from transmission tower fall.

Gerald Clark and his firm represents deserving clients on a contingency basis. This way many people who otherwise could not afford legal services are able to access the court system. When safety rules are broken, the public is endangered. Clark believes that by standing up for people whose lives are turned upside down because of safety rule violations, and holding wrongdoers accountable (who are usually covered by insurance anyway), the community as a whole is made safer.

Clark takes pride in a detailed knowledge of the procedural and substantive law applicable to his practice area and in his ability to articulate that law concisely and convincingly through oral argument and top notch written work product. He is a New Jersey personal injury, class action and accident lawyer serving those who have suffered severe injuries in Middlesex, Monmouth, Essex, Hudson and other counties throughout the States of New Jersey and New York. 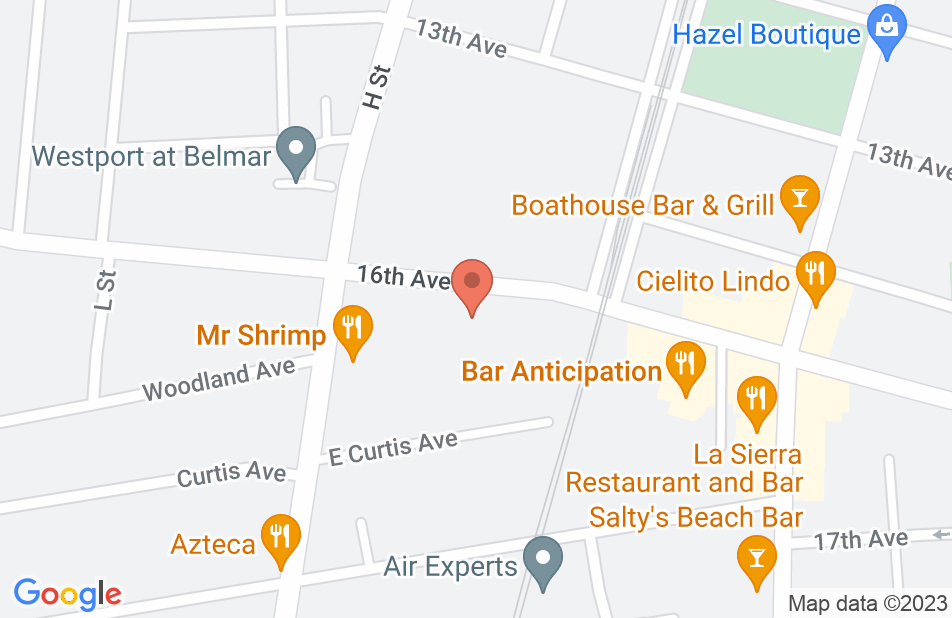 I was hurt at work when I was installing hardwood floors using a nailgun. Gerald Clark of the Clark Law Firm in New Jersey represented me in my NJ personal injury workplace accident case. He was honest, dilligent and aggressive. He never promised me anything other than to work very hard for me. He did just what he promised and I recovered far more than I ever expected.

Gerald Clark won over $2.5 million for my construction accident where other lawyers told me I had no case

Gerald Clark did an excellent job for me in my unfortunate construction accident case where I fell from a ladder. Another lawfirm represented me for over a year and then gave up, telling me I had no case. We consulted with Gerald Clark who took quick action. He represented me and my wife, litigated the case for over two years and eventually won a settlement in excess of $2.5 million. If it were not for us finding attorney Gerald Clark, nothing would have been done and we would not have received anything in our personal injury construction accident case.

My experience with this law firm was outstanding. Excellent service in all aspects.From the secretary to the paralegal(Tanya) to the lawyers (Mr. Clark , Ms.Tolnai and Mr. Peck) they showed that they really cared for my well being before anything and that was very important to me. If i had to rate them 0-100 i would rate them 1,000,000 (no exaggeration). They are not like other law firms that sell you dreams and at the end it's just all a lie. Everybody from the secretary to the paralegal to the lawyers are 100% dedicated to your case. What i appreciate the most from this experience is that from day one that i met with the firm is that their main concern was my health and me getting better. If you are looking for a law firm that cares and is 100% dedicated to your case, your well being and A1 results, this is definitely the Law Firm that you should hire.
This review is from a person who hired this attorney.
Hired attorney

Very Satisfied with the Attorneys

I was satisfied with Clark Law firm. The lawyers were friendly and helpful. The Only complaint I had was that the law offices were far away, but they are opening up several other branches in Newark and Rutherford. Clark Law firm was a better choice than a Korean law firm. I thank the Clark law firm for their work
This review is from a person who hired this attorney.
Hired attorney

My experience with the law firm was extremely positive. They always answered my questions and concerns when I had them. Nesie and Stephanie were extremely pleasant to work with and the fact that they spoke Spanish was even better for me. I would recommend this law firm to anyone who was in need of an attorney.
This review is from a person who hired this attorney.
Hired attorney

Working with Bill was excellent. He helped every step of the way and was always available to answer questions or offer advise. I am very happy with the outcome and settlement. I would recommend Clark law firm for their experience and expertise.
This review is from a person who hired this attorney.
Hired attorney

My experience with the Clark Law firm was that everything was expedited in a professional manner. The attorneys were very communicative and easy to reach. My paralegal Tania Sousa Roque was extremely kind and helpful, if she didn't have the answer right away she would get for me in a timely manner. The Law firm helped with my medical issues when they would arise. I would highly recommend the law firm to any one who needed legal services.
See all reviews

I highly endorse Mr. Clark. Truly exceptional and caring attorney who achieves great results in representing clients! I want all people to contact him for help first.

Simon Kabzan, Divorce and separation Attorney on Sep 15, 2014
Relationship: Other

I endorse this lawyer. Gerald Clark is a highly skilled litigator and one of the top personal injury attorneys in New Jersey.

I endorse this lawyer. Gerald is well respected and an excellent attorney.

I endorse Gerald. He is a highly skilled attorney that is well respected in the legal community.

Richard Visotcky, Real estate Attorney on May 3, 2012
Relationship: Worked together on matter

I never hesitate to recommend Gerald Clark for any matters involving personal injury. Gerald has the demeanor and expertise to comfort the injured client and give them a secure feeling of hope. He is an excellent trial attorney who frequently obtains great results for his clients.

Gerald's legal accumen, coupled with his zealous pursuit of his client's interests, make him a terrific choice for those seeking solid legal representation. I endorse this lawyer.

I endorse this lawyer. Jerry Clark is very skilled in all types of injury law and works tirelessly to obtain good results for his clients.