Robert began building a personal injury practice upon his admission to the New York bar. He began handling personal injury and wrongful death cases exclusively in 1985. In a wrongful death action that stemmed from an explosion at an oil terminal in Port Reading, New Jersey, Robert represented the widow and children of a welder who suffered burns covering 87 percent of his body when the pipeline he was welding exploded. Robert obtained a settlement in the case that paid the widow and three children a total of $2.5 million in damages.

Following the crash of Avianca Airlines flight 052 near Kennedy Airport, Robert filed the first lawsuit against the airline and the United States Air Traffic Controllers. The Columbian textile worker who sustained a fractured left forearm, a broken left knee, back injuries and numerous lacerations received $1,575,000 in damages. The worker's 2 year old son, who sustained minor physical injuries along with emotional problems as a result of the disaster received $175,000 in damages.

When a 26-year-old truck driver suffered closed head injuries as a result of striking a railroad overpass that was not properly marked with bridge hit clearance signs, Robert commenced a suit against the City of Plainfield and its employees. After a week long liability trial, the judge directed a verdict for the defendants. On appeal, the Appellate Division initially affirmed the trail court's decision. Realizing that the Appellate Division decision was wrong, Robert made a motion for reconsideration. Seeing the error of its ways, the Appellate Division reversed itself and the trial court and ordered a new trial. The case settled prior to retrial for half a million dollars.

Robert championed the cause of a 40-year-old longshoremen who suffered only minor physical injuries, after the jeep he was riding in was struck by a tractor trailer which was slowly backing up. The burley longshoremen developed post traumatic stress disorder which prevented him from being able to return to work. Following a long jury trial, the plaintiff was awarded $725,000 in damages.

Never willing to cave into the demands of big business, Robert commenced a declaratory judgment action on behalf of an injured longshoreman to determine the amount of the employer's lien for workers' compensation benefits. The district court granted plaintiff's motion for Summary Judgment holding (1) the fee charged by the Department of Labor to employer for physician's examination of longshoremen was not part of employer's compensation lien, and (2) expenditures by employer for doctors to confirm findings made by the longshoreman's own doctor were not part of employer's compensation lien. Castro v. Maher Terminals, Inc. , 710 F. Supp 573 (D.N.J. 1989).

As the New Jersey State legislature and the Courts began to whittle away at automobile accident victims rights, Robert fought to protect the rights of injured motorists. After a trial court granted summary judgment to the defendant finding that the plaintiff who was collecting unemployment on the day of the accident did not sustain an injury that prevented her from performing substantially all of her normal activities for 90 out of the first 180 days following the accident despite the fact that she received almost daily medical treatment for 105 days and was advised to stay home and rest by her doctor. The Appellate Division reversed the trial court and remained the case for trial. Costa v. Perez , 272 N.J. Super. 108 (App. Div. 1994).

During the course of his twenty-eight year legal career Robert has both prosecuted and defended numerous cases in the municipal courts of New Jersey. In addition to negotiating plea bargains with municipal prosecutors, Robert has tried to conclusion cases involving violations of the Motor Vehicle and Traffic Regulations.

On January 1, 2006, Robert was appointed Municipal Court Judge for the Borough of Norwood. Serving as a Municipal Court judge, Robert is still permitted by New Jersey Court Rules to maintain a private law practice. Robert and the members of his personal injury law firm, Solomon & Associates, P.C. stand ready to fight for accident victims' rights. 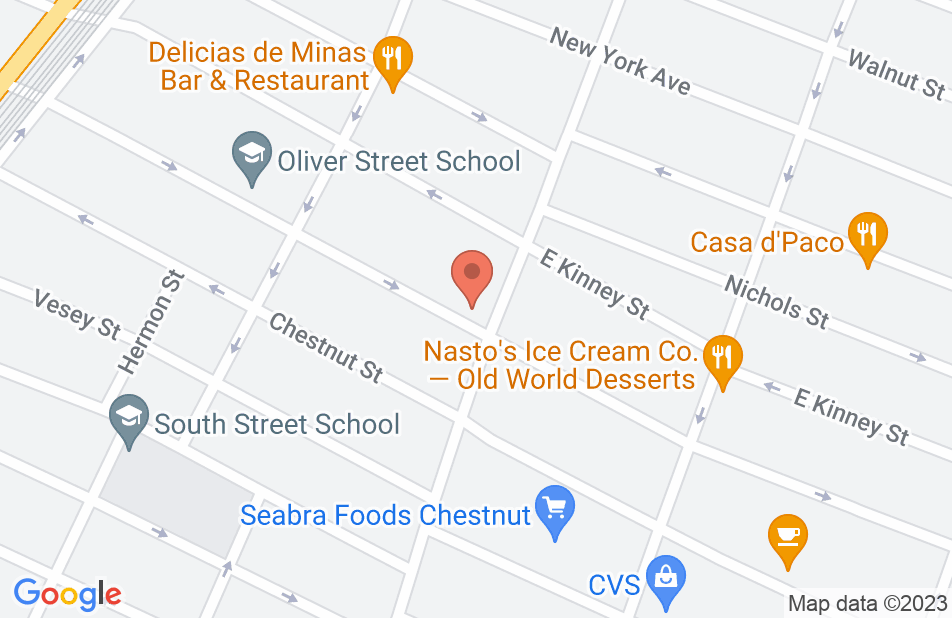 Slip and Fall give Robert A. Solomon a call

After I slipped and fell on a puddle of water in a department store bathroom, I didn't know who to call. My aunt recommended Robert Solomon, so I gave him a call and I'm so glad that I did. He answered all of my questions. The client communication was excellent. The office staff was extremely knowledgeable and helpful. Mr. Solomon even gave me his cell number to call anytime. Although the department store initially refused to make a settlement offer, after 18 months of litigation, Mr. Solomon obtained a six figure settlement for me. Mr. Solomon is a very strong negotiator. I definitely recommend Robert A. Solomon's office to anyone in need of a personal injury attorney.
This review is from a person who hired this attorney.
Hired attorney

I suffered a devastating injury at work when a scissor life tipped over and crushed my foot. A friend referred me to Mr. Solomon and I'm so glad that he did. He sued the town that was responsible for my injuries. The case took several years to resolve. Mr. Solomon always returned my calls and kept me fully informed as to the progress of my case. He settled my case after a mediation for almost 2 million dollars. I now have enough money to live comfortably for the rest of my life.
This review is from a person who hired this attorney.
Hired attorney

Mr Solomon and staff was extremely knowledgeable and compassionate. I would definitely recommend him to fight for anyone. From our consultation to the settlement of my case Robert Solomon was only a phone call away. He is not only a lawyer but a caring person who is still at the top of his profession with more than 30 years of legal expertise.
This review is from a person who hired this attorney.
Hired attorney

Grateful for this law firm!

I initially needed an attorney to help me with worker's compensation. I googled names of attorneys and came across the name Robert Solomon. The name caught me because I know a person by that name, who is a good individual. So I just took a chance and went on my instinct. I had a sit down consultation with Mr. Solomon who told me that I didn't have a worker's compensation case..but after hearing my auto accident story, told me that I had a case in that area. I never thought that I even HAD a case until Mr. Solomon presented me with information that I hadn't considered. He and his partner Weinbaum got busy right away to work on my case. They were professional, precise and kept me informed. At the end of the settlement, I couldn't believe how much of a compensation they were able to negotiate for me. All I can say is, they gave me my life back! All praises to God! I'll be forever grateful to the law team of Solomon and Weinbaum!
This review is from a person who hired this attorney.
Hired attorney

Due to a knee surgery gone bad, I was in search of a personal injury lawyer. I had gotten a few recommendations and after several consultations was told by those lawyers that I did not have a case. A friend suggested that I contact Bob who reviewed my case and was confident that he would be able to successfully represent me. The Settlement exceeded my expectations. Robert Solomon is an amazing attorney that I highly recommend!
This review is from a person who hired this attorney.
Hired attorney

Mr. Solomon was patient, kind, and compassionate. He showed concern for my injury and encouraged me to seek the right care in a timely fashion. He was always willing to explain things to me in as detailed a fashion as I needed. I feel he exerted himself well on my behalf.
This review is from a person who hired this attorney.
Hired attorney

Mr. Solomon recently represented me in a malpractice law suit. When all was said and done and the case went before the jury, I knew that everything possible was done by Mr. Solomon and no rock was left unturned. In fact, Mr. Solomon WAS my rock. His professionalism, advice, diligence and guidance got me successfully through a very difficult journey. Watching him in court left me with a sense that I was definitely being represented by the best of the best. His staff is wonderful as well. I highly recommend Mr. Solomon.
This review is from a person who hired this attorney.
Hired attorney

I have used Robert for my business and personal needs for 20 years. In addition to being a very smart attorney and a nice person he handles your issues personally. You will not be passed around to paralegals. He is readily available to speak to you and will clearly explain the details of your situation. You will feel well cared for and know he has your best interest in mind.

Robert Solomon has been our corporate attorney for over 30 years. I feel safe having Bob is on our side. Knowing his abilities, I would not want to be in a case against him. Small or large he responds quickly and always keeps me informed. I am also proud to call him a friend.

I find Mr Solomon not only knowledgable & informative, but easy to talk to. He has been my attorney for both personal & business matters for over 20 years. I would recommend Mr. Solomon highly for any legal matters.
See all reviews

I endorse this lawyer. Bob is an excellent litigator with a very quick and facile mind. I work with Bob in an Of Counsel capacity (I am an MD/JD) and have found Bob to be able to quickly and easily grasp difficult medical concepts and then be able to apply them to a matter. This is particularly important when we have been on-trial with cross examination of adversarial witnesses and in closing summations. As a person, Bob is of the highest personal integrity. He is also a genuinely nice guy. This quality comes across to all who meet him. I recommend Bob Solomon without reservation for all medical malpractice matters.

Bob's effective strategic thinking combined with his down to Earth personality make him the perfect advocate for his clients. He shows genuine interest in their situations and works tirelessly to assist them. I had the opportunity to work with Bob on one of those cases and saw these traits firsthand. I look forward to future opportunities for collaboration.

I endorse this lawyer. Robert is a great lawyer and a great guy. Any big case I need to refer goes to Robert first. His results speak for themselves; and his staff is professional, courteous, knowledgeable and friendly. He has helped me personally in many ways; and I look forward to a continued relationship with him.

I endorse this lawyer. Experienced and very knowledgeable attorney.

I highly recommend Robert Solomon. Robert has expertly handled several of my personal matters. I have and will continue to refer all of my personal injury cases to Robert based on his attention to detail and of course the great results he achieves.