As the founder of the firm Donlin Law, Hamden attorney Christopher Donlin provides legal services in the areas of personal injury and estate planning concerns. Mr. Donlin began his career as an insurance company defense attorney. In addition to his legal work, Mr. Donlin is proud to give back to his local community as the coach of his local basketball team and competition coach and judge for the Quinnipiac University School of Law Society for Dispute Resolution. For a free case evaluation, please contact his firm today. 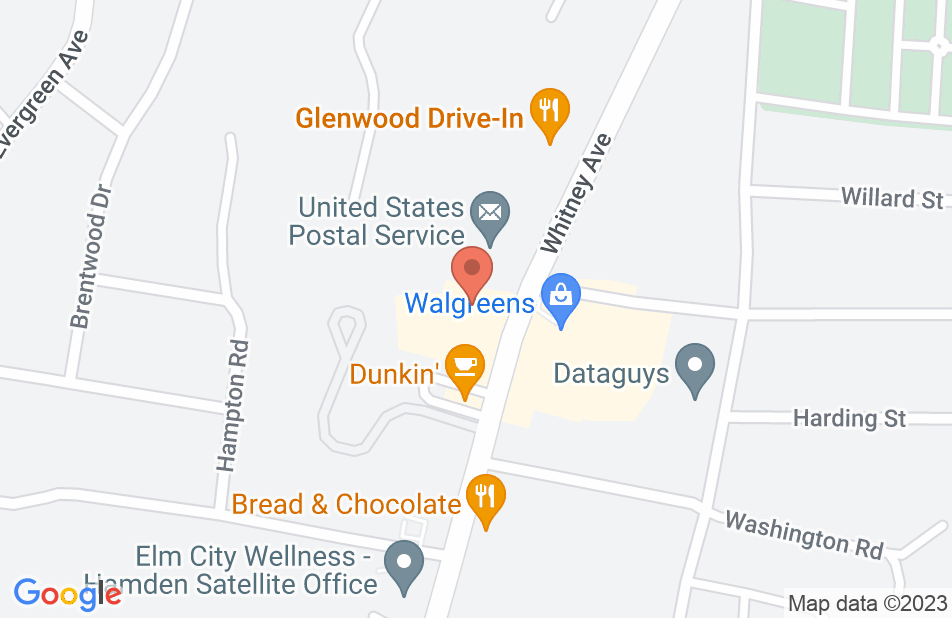 I was rear ended while sitting at a stop sign and my car was totaled. I had no idea what to do being this was the first accident I had been in since I was a teen and I'm now 62. I was told to look for a lawyer, I had asked around but none were forthcoming, so I looked online and Christopher Dolin was the first lawyer I found. I read his reviews and something just felt right about him. I'm glad I followed my instincts. Being I'm pretty illiterate when it comes to these matters, Chris was very patient with me and he explained everything in detail. My case was solved in a timely manner and I was very satisfied with the results. I highly recommended Mr. Dolin, he is a professional as well as a man with a kind heart, this came through loud and clear. Thank you Mr. Dolin.
This review is from a person who hired this attorney.
Hired attorney

When I was injured in a car accident, I didn't know who to call or what to do. I consulted with several attorneys. Attorney Donlin stuck out above the rest. He was aggressive in ensuring I got what I deserved, and he was there when I needed him. He is a true professional who makes the process as easy as possible for his clients. I would highly recommend Attorney Donlin to anyone seeking an attorney.
This review is from a person who hired this attorney.
Hired attorney

Having been involved in a motor vehicle accident, I knew that I needed an attorney. Unaware of the response it would yield, I went online, filled out an inquiry, and submitted it. It was a kind of pseudo- questionnaire requiring me to provide the details of my accident and a description of the injuries I’d sustained. My hope was to be contacted by a reputable counselor, one specializing in personal injury, the law of torts. Expecting nothing in the way of quick results, I was surprised when I was suddenly inundated with calls from a host of attorneys, most of whom sounded like they were more interested in dollars and cents than they were about my welfare. Now, some may consider my attitude a bit persnickety, but I was completely turned off by the manner in which I was dealt with. After-all, I wanted someone to represent me who was just as interested in my welfare as they were about filling their coffers. At any rate, what I decided to do was plod a serendipitous course and look in the phone book to find a lawyer, one in close proximity to my home. Today, I’m grateful that I did, for in pursuing this course I crossed paths wit Chris Donlin, Esq, a lawyer who answers my calls, responds to my texts, and, perhaps most importantly, takes time to answer my questions. I was impressed with Chris from the first, for as we talked via phone he spoke to me as if I really mattered; like he was concerned about the effects of my traumatic experience; an experience that left me hurting, both physically and mentally, and not a little bit confused. Then, too, once we’d met face-to-face, Chris exuded sincerity, emitted professionalism, manifested an uncanny grasp of personal injury law. It was these factors, among others, that indicated to me that in choosing Chris for my attorney I’d have a counselor who’d heard the clarion call for justice; the call for not only fairness and equity, but the summons for compassion, the demand for concern, the dictate for an in-depth knowledge of personal injurty law. Thus it is that I have no qualms about saying Chris Donlin is an attorney par excellence, one who has arisen at a time when mediocrity emerges with the frequency of the sun’s daily rising; a time when many, no longer walking in bright halls of integrity, now trudge through dark dungeons of greed. But having eschewed a mediocrity-laden, quick-buck mentality, Christ Dolin is a cut above the rest. In fact, he’s time and time again shown me that he intends to live out the promise he’s made to all of his clients: “. . . to relentlessly fight to help every client get back on his or her feet as quickly as possible and get the compensation they deserve”. While representing me, Chris has done not one iota less than that which he’s promised, and I don’t believe he ever will. I am quite impressed with Chris Donlin, as a legal scholar, a gentleman, and as a human being.

I have never written an online review before, but I had such a positive experience with Attorney Donlin that I feel the need to sing his praises! About a year ago, I had a very stressful accident. When I started working with Attorney Donlin, the worries I had been carrying about my situation were eliminated. Not only did he take the time to truly listen to my needs and concerns, but he brought up several issues that I had not thought of before our consultation. This made me feel like I was in great hands. He was easy to reach and reached out to me often with updates. We developed a positive professional partnership and I trust him intrinsically to meet my legal needs.

I endorse this lawyer. He has tons of experience in the probate courts around Connecticut and I would recommend him to anyone I know.