Angelo Simone is a founding partner of Simone & McCahey LLP.  Prior to co-founding his firm, Angelo worked over 11 years as an associate for a well-known and respected law firm in the community, handling a wide range of cases and clients, with a focus on litigation and trial work.  Angelo has worked on many cases involving serious or catastrophic injuries and death, including the well-known Station Fire litigation.  Angelo has successfully handled several cases before Rhode Island’s highest court, the Rhode Island Supreme Court.

Angelo graduated the premed program at Providence College with a B.S.  in Biology.  Angelo was a Frank J. DiTraglia, M.D. Scholar based on his academic achievements, potential, and community/school activities.  During this time, Angelo also received a certificate in Bioethics at Georgetown University’s Kennedy Institute of Bioethics, and was chosen to present at Boston College’s Annual Bioethics Conference.

After completing a legislative internship in Washington, D.C. for a United States Congressman, while simultaneously completing all coursework for a Master’s Degree at Catholic University, Angelo was accepted into the early program at the Benjamin N. Cardozo School of Law in New York City, where he attended law school.  Angelo lived in Manhattan for three years during law school, graduating in 2005 with his Juris Doctor.  During this time, Angelo participated in Cardozo Law School’s Criminal Appeals Clinic, a nationally recognized clinic which allows 2nd and 3rd year law students to handle a felony appeal including writing the brief and personally arguing the case before the Appellate Division, New York’s intermediary appellate court. Angelo was also a member of the Cardozo Public Law Policy and Ethics Journal. After graduating law school, Angelo returned to his native Rhode Island.

Angelo is a member of the Rhode Island Association for Justice, formerly called the Rhode Island Trial Lawyers Association.  After 11 years of experience litigating and trying cases in many areas and courts, Angelo started this firm with a vision of dedicating a practice to those injured and killed by preventable harm, including employees hurt or killed in the workplace, and giving all clients the focus and results they deserve. 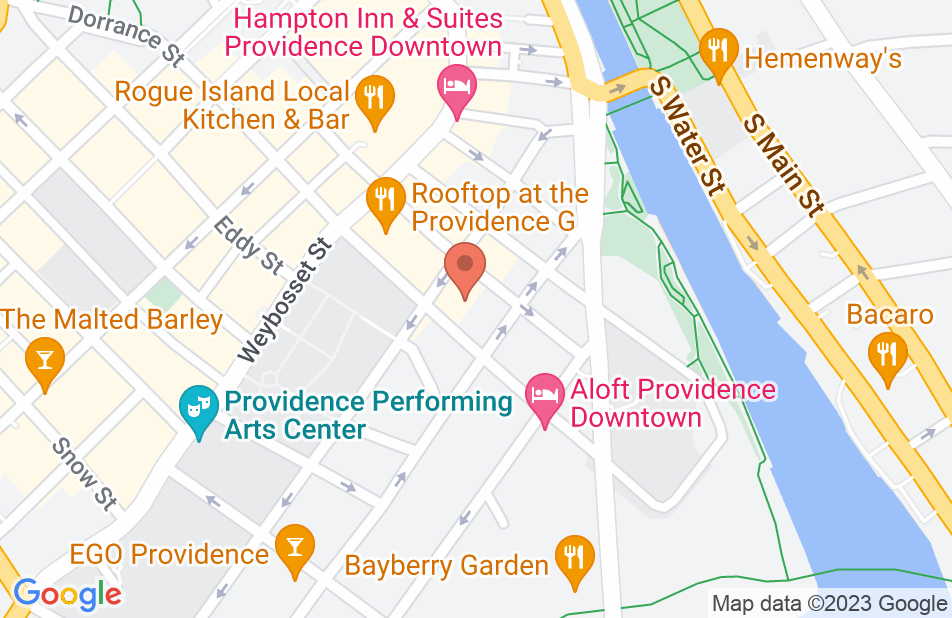 One of the best Attorney's in Rhode Island

Angelo Simone is a exceptionally dedicated, hardworking and caring attorney. He is my attorney regarding my Worker's Compensation case. He goes the "extra mile" for his clients. He treats you as a person not just a "case". I recommend Angelo Simone to anyone or everyone who may be in need of his services as an attorney.
This review is from a person who hired this attorney.
Hired attorney
Angelo Simone's response: Nina - It was a pleasure being in court with you and your husband today, and I was thrilled to get such good news on your case. Thanks for such kind words. They are very appreciated. Talk to you soon. -Angelo

I don't know where to begin. Angelo was highly recommended to my husband and I by my nephew Michael P Quinn Jr, also an attorney back in June. My husband was severely injury on the job. Right away we were having difficulties with his employer and insurance company. At our first meeting Angelo immediately went to work. Unbelievable, he filed the claim with the state to insure the case was on the up and up. Well let me just say that in September we receive a 100% penalty from the court. Incredible! Then in October we received an additional 1% penalty because 30 days had expired and we did not receive original judgement. We have been in constant contact thru email with updates. Extremely important so I can report all issues that we are experiencing and always get a response email with true concern and offer to help in anyway upside of his legal expertise. We can truly say we have complete confidence in Angelo and are extremely happy with my nephews recommendation. If you want the legal representation that you deserve for a workmans compensation case he's the man!
This review is from a person who hired this attorney.
Hired attorney

I hired Angelo Simone when I was hurt at work and he is very professional, dedicated, hardworking attorney who looks out for his clients. Angelo took his time to explain everything to me what he was going to do and was very easy to speak to. Angelo goes above and beyond expectations. When I send him an email he provides prompt responses. I highly recommend Attorney Angelo Simone to anyone in need of Workers Compensation or Personel injury.
This review is from a person who hired this attorney.
Hired attorney

One of the Good Guys

Did what he said he'd do, even answered the phone while at the airport on vacation. Good communication and listens and then explains what has to be filed and when. Emailed updates as they occured. I was in the court room and he worked well with the judge. Tidied up all loose ends. The process itself was long but thats the nature of a court case. Trust worthy.
This review is from a person who hired this attorney.
Hired attorney

I had a slip and fall accident and went to Revens Revens & St Pierre as it was one my family had used for wills and other legal matters. I was given Angelo as my lawyer, slip in falls hard very hard but he was there every step of the way and would even offer advice for other thing I had going on as well. He worked diligently on my case and was great with updates as well. I truly felt like he cared about my case and my family through the whole ordeal. I would definitely recommend him to anyone who is in need.
This review is from a person who hired this attorney.
Hired attorney

Angelo represented me in court for a traffic/vehicle issue and I couldn't be happier with the results and the process. He knew exactly what to do, explained things to me in easy to understand language, and was extremely professional throughout. He ended up saving me a lot of time and money. 100% will seek out his help again when the time is right.
This review is from a person who hired this attorney.
Hired attorney

Angelo Simone got results on my car accident that really exceeded my expectations. He is incredibly prepared, aggressive, and smart. Angelo is very easy to talk to, and I enjoyed learning about how he handles his cases, and how cases like this really work. In the end, his skill, attention to detail, and persistence resulted in a settlement that was more than double what the insurance adjustor was offering.
This review is from a person who hired this attorney.
Hired attorney

Angelo has been very helpful guiding me through the process of my case. I feel comfortable that he has my best interest in mind, and he takes the time to explain my options and to recommend the best choice for me. If he is not in the office when when I call, he is very prompt to return messages and emails.
This review is from a person who hired this attorney.
Hired attorney

Atty. Simone is a very personable, dedicated attorney who looks out for his clients best interests and is straight to the point not like many other attorneys out there looking to make a quick buck. I would highly recommend him and his firm.
This review is from a person who hired this attorney.
Hired attorney

Angelo has helped me get all the treatment I need for my work injuries. He provides excellent communication and service. Has helped me dearly during these tough times. Very professional and nice person. I would recommend Angelo to anyone in need of a Personal Injury or Workers Compensation Laywer.
This review is from a person who hired this attorney.
Hired attorney
See all reviews

Angelo is smart, hardworking and a zealous advocate for his clients. We tried a case against each other this year and I found him to be prepared, professional and courteous. I would highly recommend Angelo.

I have known Angelo for many years. He is an intelligent and meticulously prepared attorney.

Attorney Simone is a fine attorney practicing in the areas of Personal Injury and Worker's Compensation. I have personally observed him handling a case and can attest that he does a great job. I would definitely recommend him to others.

I endorse this lawyer. Angelo is a well prepared and an artful litigator.

I have known Angelo for many years. He is an intelligent and meticulously prepared attorney.

Angelo is smart, hardworking and a zealous advocate for his clients. We tried a case against each other this year and I found him to be prepared, professional and courteous. I would highly recommend Angelo.