I am a life long resident of Rhode Island.  After graduating from the University of Rhode Island, I received my law degree from Suffolk University Law School in Boston, Massachusetts.  While I attended law school I was selected to serve an internship with the United States Department of Justice, United States Attorney for the First Circuit, District of Rhode Island, as well as an internship at the Rhode Island Department of the Attorney General.  Additionally, I was a law clerk at Corcoran, Peckham & Hayes, one of the oldest and most prestigious law firms in Newport County.  Whilst in law school I volunteered at the Veterans Legal Service Project, Administering legal aid to low income veterans.

I was a general partner at Caley & Euler, LLC until I joined the Family Law Center of Rhode Island.

In 2010, I was the founding partner of Pelletier, Clarke & Caley, LLC.

Supreme Court of the United States 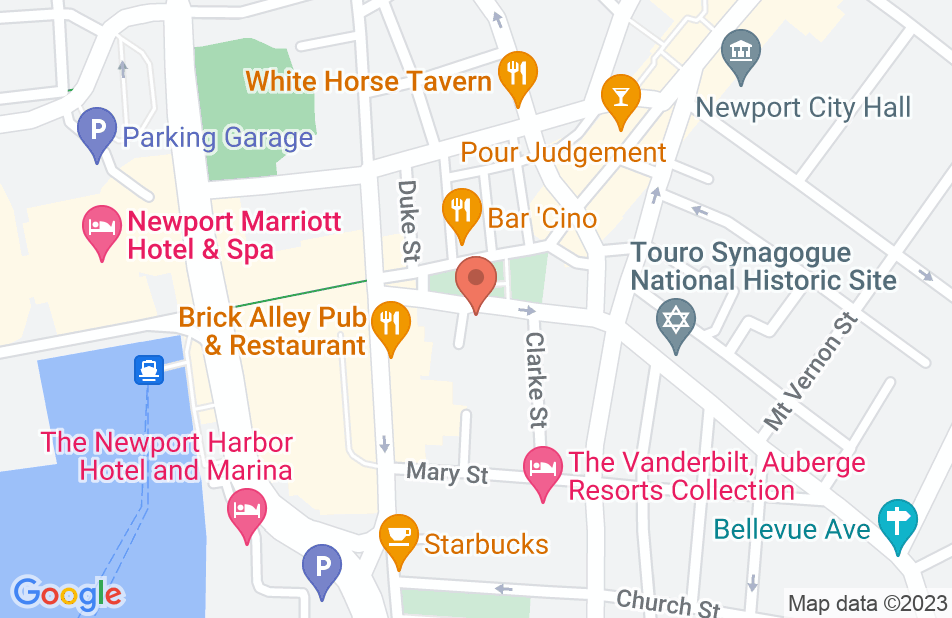 Rating is definitely a 5!

Maria, is very professional and is always attentive to answering all my questions. She goes above an beyond and I definitely recommend her as a lawyer.
This review is from a person who hired this attorney.
Hired attorney

I was truly blessed to have found Maria. I had previously had a different lawyer who I felt did not understand or want to understand my situation. Maria listens and keeps you informed each step of the way. Unlike my previous experience she would return my calls in a timely manner and I always felt like my case was a top priority to her, even though I knew she had many other clients. My divorce was a very complicated and different one. I called many attorneys who did not want to take my case. Maria took me on immediately. She was honest and words cannot describe how supportive she was. She was knowledgeable and when she didn't have the answers she was honest and found them. It is so scary to find yourself in a place of divorce. But truly look no further and give Maria a call!
This review is from a person who hired this attorney.
Hired attorney

Maria has been representing me for years through extremely complex and trying family law litigation and she has excelled in all aspects of her discipline. She has always been knowledgeable, articulate, and well prepared both in court and in the office. Maria also provides amazing support as your advocate by making sure you are well informed. She is great at clearly and concisely explaining options and possibilities in a simple and straightforward manner. She is trustworthy in the guidance she provides. I have never once felt that Maria’s focus is anything other than the best possible outcome for my case. She’s a prompt communicator and quickly responds to phone calls and emails. Her billing practices are transparent and fair. Maria is a consummate professional that you can count on.
This review is from a person who hired this attorney.
Hired attorney

Maria is a very professional lawyer that takes her clients concerns very seriously. She is an excellent communicator and will lay out all of the options available to you in plain terminology that you can understand. She returns phone calls and emails in a timely manner. Maria aggressively protected me from the other party and from myself at times when I was attempting to be too accommodating or too nice. She cared in the interest of my children as well as me as we moved through a very stressful ordeal. She had our back at all times and I highly recommend her to have yours as well.
This review is from a person who hired this attorney.
Hired attorney

An extraordinarily well-prepared lawyer who is supremely-experienced in family law - I hired Maria to represent me in two divorces and couldn't be happier. She walked me through the process - made sure I understood each step and was comfortable along the way. She was available for consultation as issues arose and was easy to communicate with - even when i was feeling stressed. I would recommend her to anyone needing assistance in Family Court - kind, considerate, helpful, great listener, but can be a pitbull in court when representing her client's interests.
This review is from a person who hired this attorney.
Hired attorney

I hired Maria after scheduling a free 1/2 hour consultation. She explained the divorce process clearly. I found her to be professional and easy to work with. She always responded quickly to any questions or concerns and her fees were very fair. Working with Maria made a very difficult process much less stressful. I highly recommend her.
This review is from a person who hired this attorney.
Hired attorney

I hired Maria to represent me, in what I thought was going to be a simple and straightforward divorce. My case turned out to be anything but routine, being one of the most complicated cases she had ever seen. Maria rose to the challenge and handled all aspects of my case in an efficient and effective manner. Maria is well versed in the law, but she also listens to her clients. I would give her my highest praise and would not hesitate to call her again, should I ever need an attorney.
This review is from a person who hired this attorney.
Hired attorney

Maria followed through with all my phonecalls, my questions and concerns about my divorce . She never lost her focus .She did it all with sincerety. I never once felt as if she was steering me wrong.I couldnt have been more cared for during such a hard time.Thank you Maria !

She was so polite on the phone when I called to ask questions about divorce 9 out of 10 was rude and wanted money. But maria was nice treated me like a good friend and gave me good advice

Maria handled my divorce back in 2012. Not only is she incredibly informed, she listened to my desire to mediate and keep things as streamlined and uncomplicated as possible in a difficult situation. I was able to settle quickly with my former husband, and not make things adversarial or costly to either sides. Maria prepared me for my day in court, and walked me through the entire process. I highly recommend her as an attorney.
See all reviews

I endorse this lawyer. Maria Caley has an excellent reputation in the practice area of Family Law. She is attentive and responsive to the needs and concerns of her clients. I would highly recommend her services.

I endorse this lawyer. I worked with Maria on a challenging visitation / child support matter. She was always professional and courteous to work with, while being a strong advocate for her client. We both tried to guide our clients towards an agreement that was acceptable to both sides and were able to do so.