CAL HEINLE represents clients in all areas of family law, including complex litigation and mediation, as well as the negotiation and drafting of Separation, Prenuptial and Postnuptial Agreements. He has mediated and served as an arbitrator/master for contested custody, support and complex asset division cases and is regularly appointed by the judges of the Probate and Family Court to serve as discovery master or special master in complex cases. In both 2016 and 2017 he was selected into the Best Lawyers in America for family law and family law mediation

Cal has lectured on family law issues for MCLE, MBA, BBA and New England School of Law. He also served as the Editor of the Massachusetts Family Law Journal from 2007 through 2009. Cal previously served as an elected council member of the Middlesex County Bar Association and was named Chairman of the Education Committee. In this position, Cal oversaw the organization of various training seminars for lawyers.

Cal was formerly an associate with Todd & Weld LLP and later Ginsburg Leshin Gibbs & Jones LLP, where he would ultimately be named partner. During law school he served as an intern for the Justices of the Boston Municipal Court and as a law clerk for Children's Legal Services in Brookline. Cal was named a New England Rising Star® on multiple occasions among lawyers in Massachusetts in Boston Magazine. 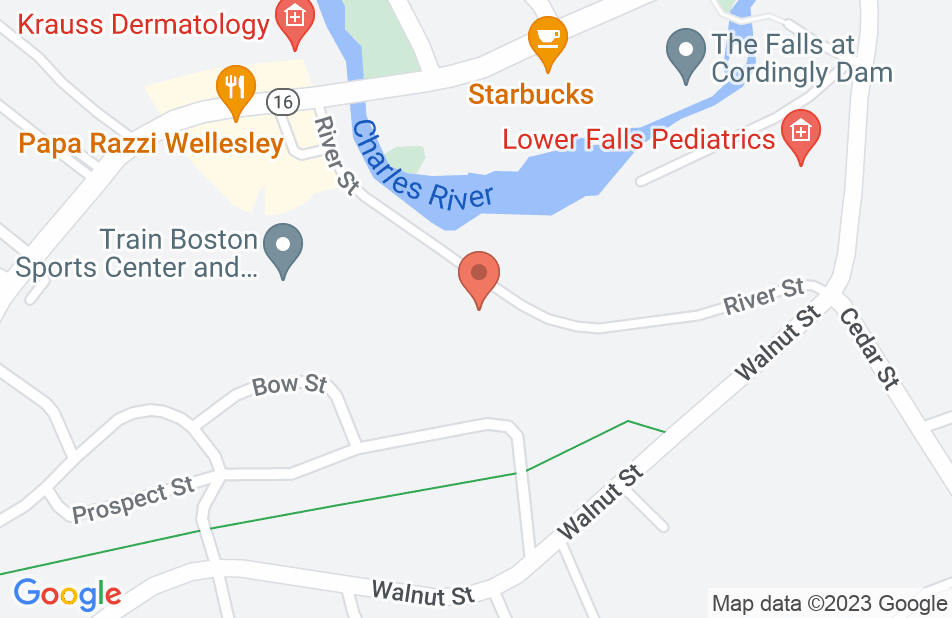 Taking on my case at the midway point after my original attorney retired, Calvin's expertise and dignified professionalism definitely stood out in my divorce. Always available to me, he provided thorough yet easily understandable explanations of legal language/agreement terms, and acted swiftly and brilliantly on my behalf in all circumstances of my negotiation process. When negotiations became intense, he was a gentle voice of positivity and reason, enabling me to move through the process with dignity and reassurance. His negotiating skills brought us quickly to a favorable settlement and only one swift morning in court. Upon arrival at court, it was abundantly clear that he is well-known and well-respected among his peers, our judge, and all other Middlesex Courthouse personnel. Typically engaging in much larger, more high-profile and complex cases than mine, he never failed to treat my case with the same importance, diligence and effort. I cannot begin to thank him enough for everything that he accomplished on behalf of me and my children, and I would recommend him to anyone and everyone in need of a divorce attorney, especially when negotiations between the parties begin to deteriorate.
This review is from a person who hired this attorney.
Hired attorney

Everyone's divorce is unique and emotional on some level. Calvin provide me with stability, unconditional support with endless knowledge in a long drawn out case. During the numerous tough and dark times I was faced with he offered honest sound advice. Always checking in and making sure the children and I were doing ok. Grateful that Calvin represented me during my divorce.
This review is from a person who hired this attorney.
Hired attorney

My lawyer retired and I was not looking forward to the process of getting another lawyer up to speed on a complicated child custody challenges I have. After asking several trusted sources one name came up on all of their lists. From the first time I met Calvin I felt like he understood my situation. He was both professional and very approachable to any question I have had. He has given sound legal council and continues to in my opinion to provide me with the best legal representation I could have. I would highly recommend him.
This review is from a person who hired this attorney.
Hired attorney

Hired Cal after the first lawyer I hired was an absolute disaster and I couldn't have been happier with my decision to switch. My first lawyer had about 40 years of experience and charged $500/hour but from the advice I received you would have thought it was his first case. Cal was completely the opposite as he was extremely knowledgeable, responsive and truly cared about me and my son as people. Having someone you can fully trust during something as stressful as a divorce is paramount and Cal was exactly that including when it came to billing. Do yourself a big favor and hire Cal.
This review is from a person who hired this attorney.
Hired attorney

I highly recommend this Attorney. He is an expert, very personable, and highly regarded throughout the profession. I was very pleased with his high level of advocacy and professionalism as my counsel.
This review is from a person who hired this attorney.
Hired attorney

I hired Calvin Heinle in the middle of a child custody case that had become very heated and stressful. His quick-thinking ability and experience made me more confident through that time. He was very thorough in discussion about our case, and personable in answering all of my questions. His connections and experience with the court are incredibly useful as he really understands how things will be seen by the judge. He also has great connections with the other professionals in the justice system such as the mediator he found for our case. She was a great find. He's a smart caring lawyer to have on your side.
This review is from a person who hired this attorney.
Hired attorney

He's got your back

There is no type of litigation where the parties are more vulnerable or more in need of clear-headed guidance than they are in divorce and custody matters. And because this is so, Cal Heinle is the lawyer to have on your side in such matters. He is smart and practical, but won't be pushed around. There is a reason other lawyers hire him - he knows what he is doing, he is effective in court, and he works really hard to get it right.
This review is from a person who hired this attorney.
Hired attorney

I worked with Mr. Heinle during my divorce and several visits back to court. Mr. Heinle put me completely at ease, as I was extremely anxious and upset. He was exceptionally well prepared and presented my case thoroughly and concisely. I recommend Mr. Heinle to all of my friends and associates who may need legal representation and will absolutely use Mr. Heinle in the future if the need arises.
This review is from a person who hired this attorney.
Hired attorney

Calvin is an extraordinary family law attorney. As an attorney myself, I know when a fellow lawyer has a deep understanding of his practice area, is familiar with the judges and other attorneys we are dealing with, and has experience that allows him to effectively strategize and negotiate. While Calvin has gently guided me when my expectations may have been unrealistic or reminded me of priorities when I needed it, he has always fought to achieve the goals I set and has been remarkably successful. I am so thankful to have him on my side - he has protected, me, my assets, and most importantly, my children.
This review is from a person who hired this attorney.
Hired attorney

Helped settle a messey divorce that was going no where. Effectively worked with me, my ex wife, and her attorney. Cal has also helped since the divorce settlement with parental alienation issues. Cal's plans have been effective in helping me with my children. Cal always returns a call or answers a email right away. First and foremost Cal is caring and kind person. Cal listens to his client . I would recommend Cal to anyone needing a SOLID lawyer.
This review is from a person who hired this attorney.
Hired attorney
See all reviews

I strongly endorse this lawyer. Cal is a tremendous advocate for his clients and highly respected among the bench and bar.

I have had the opportunity to work with Calvin as opposing counsel as well as through the BBA and am happy to recommend his services.

Calvin is an excellent attorney. He balances zealous advocacy for his clients with a good working relationship with opposing counsel. This results in the parties achieving an equitable result without incurring unnecessary cost.

I endorse this lawyer's work. Attorney Heinle approaches family law and divorce work with an uncommon compassion and understanding. He is knowledgeable and couples that knowledge with energy that really makes him an effective advocate. I confidently recommend his work in this area.

I know Calvin Heinle through the similar work we do within the family courts in Massachusetts. Though I haven't ever been on the opposite side of one of his cases, our discussions have always revealed him to be knowledgeable about the law and compassionate about his clients.

I endorse this lawyer's work. This lawyer has a tremendous knowlege of probate and divorce work. I go to him whenever I have a question or a client that is looking for probate and family law help. Attorney Heinle is patient, dilligent and a great attorney.