Massachusetts Lawyer Thomas M. Kiley has been representing individuals against insurance companies since 1976.

He was referred to as the “Million Dollar Man” in a featured article by the Boston Herald Sunday Magazine in it’s “Personal Best Series.”  This was based on his record of obtaining million dollar verdicts and settlements in complex cases in which he represented injured victims against insurance companies.

FOr over 30 years, Mr. Kiley has practised exclusively as a plaintiff's trial lawyer and has collected seven figure wins for clients with brain injuries, paralysis, and a myriad of other injuries.

Mr. Kiley is a respected member of numerous professional organizations, including the American Association for Justice, the Mass. Academy of Trial Attorneys, and the Mass. Bar Association. 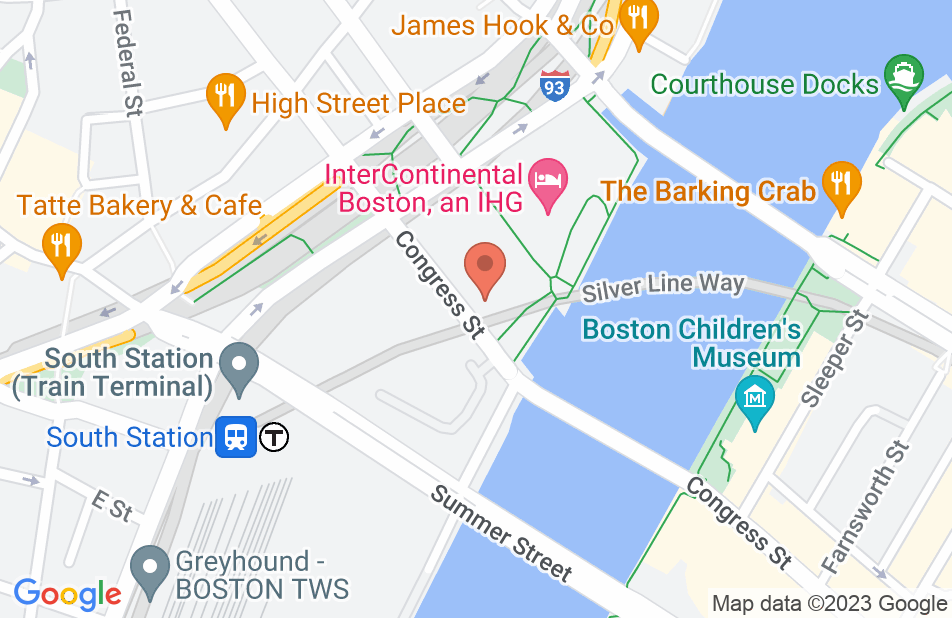 I suffered a serious head injury in an automobile accident. I was struck in my lane of travel by a driver who was distracted dialing her cell phone. Tom Kiley and his firm represented me. He was caring and attentive and obtained a signifigant award for me, that provided financial security. His experience and ability in negotiating with the insurance company was evident. I highly recomend Tom Kiley to anyone who has a serious injury. In my view he is one of the best attorneys, not only in Andover, but in Massachusetts. Excellent service! The entire office went above and beyond my expectations. He handled my case as if I were family.

I recently joined forces with Mr. Kiley to co-author â€œWolf in Sheepsâ€™ Clothing (What Your Insurance Company Doesnâ€™t Want You To Know Until It Is Too Late)â€ which became a best seller on Amazon.com. Mr. Kiley has been doing a great job helping people. I endorse this lawyer.

I have worked with Tom on a number of matters over the last few years and gotten to know him well. I think he's very hard-working, diligent and trustworthy. He's written a number of consumer products and books that you should probably get before talking to the adjuster or hiring any attorney. Our firm refers cases that are in his chariot to him.

Tom is an excellent attorney. I've known him for a number of years through a group of attorneys from around the country and he certainly stands out as knowledgeable and passionate. His dedication to educating his clients is obvious through his numerous publications. I wouldn't hesitate to recommend Tom to anyone injured in an accident in the Boston area.

James Parrish, Car accident Attorney on May 27, 2010
Relationship: Other

Tom Kiley is skilled accident attorney who is highly respected in the legal community. He is recognized as an expert in the field, and has achieved exceptional results—he's not called "The Million Dollar Man" for nothing. If I was contacted about an auto accident case in Massachusetts, I would certainly recommend him

Christopher Davis, Trucking accident Attorney on May 25, 2010
Relationship: Worked together on matter

Although I practice law in Washington State, Tom Kiley and I have worked together on matters while part of a national group of attorneys who meet regularly to discuss important issues that affect our law practices. Tom is an exceptional attorney with a phenomenal track record of success, particularly with cases involving birth injuries (including cerebral palsy cases). Tom has been practicing law for more than 27 years, and he has been involved in some very high profile cases (including one that was made into a blockbuster movie). Anyone who has a personal injury claim in Massachusettes should first consult with Tom Kiley. He is one of the best lawyers in the state for his practice area. Tom deserves my highest recommendation.

Catastrophic injury in Massachusetts? You want Tom Kiley representing you. He's not called the "Million Dollar Man" for nothing. One of Tom's cases was so famous a hit movie was made about it. He has such a strong track record of success he was employed by government agencies to fight the tobacco companies and he kick the smoke out of them. With all his smarts, talent and successes, Tom is a down to earth guy whoyou can talk to, relate to and trust. You will like him. Doesn’t hurt having a lawyer that was a State body building champion either. His clients should have T-shirt that say, “My Lawyer can kick your Lawyer’s â€¦”. Well maybe that’s not such a good idea, but its true.

As an attorney with 27 years of practice it is an honor to endorse Tomas Kiley. Massachusetts Lawyer Thomas M. Kiley has been representing injury victims for over thirty three years. He has been called the “Million Dollar Man” and the “Best” for one simple reason. He is one of the best attorneys representing the catastrophically injured in U.S courts today. He has a solid unmatched record of obtaining million dollar verdicts and settlements on behalf of his clients. If you or family members have suffered a catastrophic injury attorney Thomas Kiley is the person to call upon for representation of the highest quality.