“I became an attorney to level the playing field.”

Attorney Mariam Alexanian Lavoie has been a proud member of the Rhode Island Bar Association for almost thirty years.    She was born in Bloomington, Indiana but lived in her native state and Livermore, California for six brief years before moving to Mexico City. Attorney Lavoie spent her formative years in Mexico, graduating from an all-Spanish speaking high school, the Instituto Tecnológico de Monterrey, in 1980. She attended Montana State University (MSU) in Bozeman, Montana, at age sixteen while her father spent his sabbatical year in MSU’s Physics Department.

In 1981, Attorney Lavoie moved to Rhode Island to attend the University of Rhode Island (URI) and graduated with highest distinction in 1985.  She always knew she wanted to be an attorney.

“As far back as I can remember, I have had a strong desire to see that all persons receive equal access to justice and equal treatment under the law.   I relate to regular men and women and passionately believe we all deserve to have the same top notch legal representation as those who can afford the best.”

She graduated from URI knowing law school was next but wanted some real-life experience before entering legal academia.

As soon as she received her bachelor’s degree from URI, she turned to the yellow pages looking for potential employment at a law firm. The “Se Habla Español” piece of a large Lovett, Schefrin, Gallogy & Harnett ad caught her eye.  She made the call, met with the one and only King of workers’ compensation himself, Raul L. Lovett, and got started. This marked the beginning of her experience with workers’ compensation law and the exciting world of medical science in the context of legal actions.

Attorney Lavoie is admitted to practice law in Massachusetts and the United States District Court for the District of Rhode Island.

She lives in West Warwick with her husband Roger, their two adult children, Troy and Elly, and their Bengal cat Mowgli. She enjoys the arts, travel, the great outdoors, nights at The Sandra Feinstein-Gamm Theatre, her Cranston Public Library book club and her church family at the Armenian Evangelical Church in Cranston, Rhode Island.

“My anchors are faith, family, friends and a good fight advocating for my clients. Everyone deserves a fully prepared attorney who can be trusted to battle as long as there is something worth fighting for.” 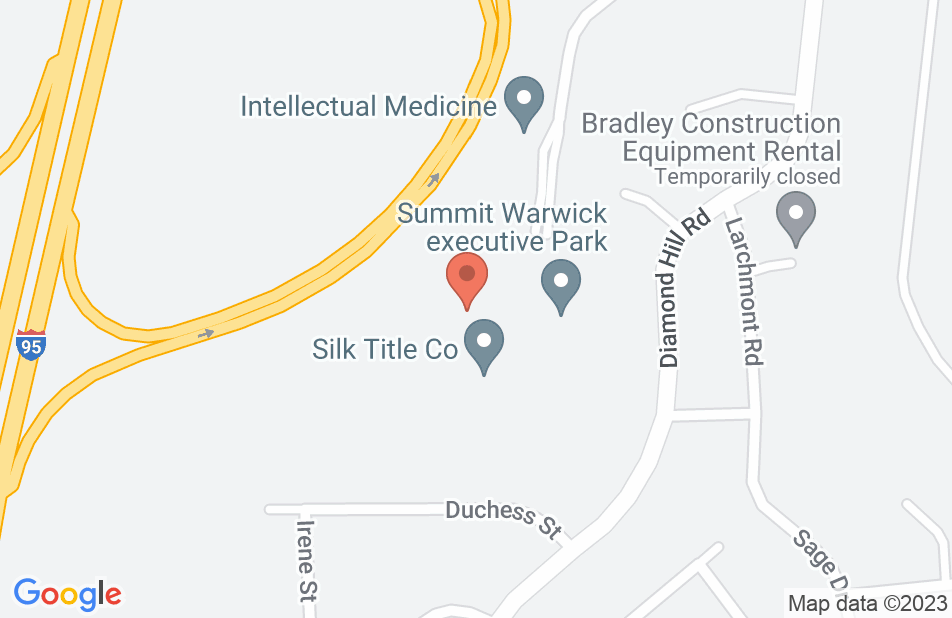 Mariam represented my SSDI case and won it. She was professional, caring, informative and patience with me during the 6 months it took to close my case. I highly recommend her.
This review is from a person who hired this attorney.
Hired attorney

We hired Ms. Lavoie the day we met her. I am the cautious sort and generally take my time with important decisions. Attorney lavoie's outgoing and assessable personality won us over immediately. We hired her that day. Ms. Lavoie and her staff have been professional, cautious and responsive on every level. On a scale of 1-10 we would rate her 11.
This review is from a person who hired this attorney.
Hired attorney

I could not be more happy with the representation I received from Mariam. She took the time to explain everything in a clear and concise manner. My phone calls were returned quickly. Her staff is courteous and professional. I would not hesitate to hire Mariam again.
This review is from a person who hired this attorney.
Hired attorney

100% professional She was great. Don't know what I would have done without her help , made me feel very comfortable , very helpful , called you right back when left message . I would recommend her without a doubt
This review is from a person who hired this attorney.
Hired attorney

I couldn’t be more happy with Marium Lavoie! She manger my case so well. No complications. Very professional calls you right back when you call. Such a pleasant women to work with. I highly recommend her!! She goes above & beyond!!
This review is from a person who hired this attorney.
Hired attorney

I would highly recommend Attorney Mariam Lavoie to be your attorney. She effectively handled my case and gave it the attention that it needed. She was professional yet personal and went the extra mile to help me. Mariam is a good ethical attorney with high standards and integrity. I would highly recommend her to anyone needing assistance.
This review is from a person who hired this attorney.
Hired attorney

We first made contact with Mariam after we received a notice that Social Security was conducting an in depth audit regarding our son's continued eligibility to receive SSI. He is in his late twenties and has lived at home since the onset of his illness his freshman year in college. We were concerned that this was the system’s approach to change or deny future benefits including his healthcare. You feel very vulnerable in these situations, and she immediately calmed us with her clear understanding of the process. She was professional and concise on what many of you know can be an intimidating ordeal, and we had a positive outcome. Mariam was responsive, knowledgeable, and took a very personal, compassionate interest in our situation. We would highly recommend Mariam.
This review is from a potential client who consulted with this attorney.
Consulted attorney

Yes, please read this so that you may hire a great lawyer! Secondary to being rear ended and injured I applied for SS disability. Don't do as I did. Get professional help. After almost a year of paperwork and two denials I was feeling pretty bleak when another lawyer suggested getting a specialist in this facet of SS law and recommended Mariam to me. We met for coffee and I got to meet a wonderful person. I would later learn Mariam is a top shelf lawyer in her chosen specialty. Quickly she took control and I got to hear some beautiful words "don't worry, let me take care of this". There are many superlatives that can be used to describe how Mariam gets all the facts together for your case but, I would like to make special mention of one. Mariam is gifted with a beautiful poise and demeaner in her conversational skills. In life, I feel those things are positive and "bear fruit". Mariam did just that getting me a fully favorable ruling winning my case in front of a judge. This was a decision with good consequences for the rest of my life. Thanks, Rich
This review is from a person who hired this attorney.
Hired attorney

I hired Mariam to get me on SSDI and six months later I was accepted for SSDI. Two months ago Mariam suggested to apply for SSI and I did under her guidance I applied. Long story short I ended up two months later from when I filed getting accepted. Mariam is very attentive to her clients. Thanks A Million Mariam!!!!!
This review is from a person who hired this attorney.
Hired attorney

When it became clear after 28 years of employment that my wife could no longer work due to her disability, she left employment and she and I filed an SSDI claim on her behalf. The process was very complicated to us and her claim was rejected. At this point we sought Legal Representation and Mariam Lavoie became our disability attorney. Right from the get-go, we felt comfortable in her presence and my wife was able to speak about her medical issues with ease. Mariam met with us, obtained and reviewed all my wife’s medical paperwork, assisted us in re-filing the claim and provided support throughout the process. She met with us before and after the court appearance to prepare, support and guide us through this cumbersome and stressful process. The knowledge and support Mariam provided to my wife and I during this complicated process was invaluable. Because of the strong foundation Mariam developed on our case, my wife was awarded the Social Security Disability claim. Do not hesitate to consult with Mariam for your own SSDI application. My wife and I strongly recommend her as she is a knowledgeable professional when it comes to SSDI claims.
This review is from a person who hired this attorney.
Hired attorney
See all reviews

Veronica Assalone, Divorce and separation Attorney on May 29, 2019
Relationship: Fellow lawyer in community

It is rare that you come across someone like Mariam, with such passion for serving others. Attorney Lavoie’s attention to detail and personality are what set her apart from anyone else in her field of practice. She has the natural ability to provide each one of her clients with the utmost respect and devotion that they deserve. She simply radiates happiness and professionalism, and spreads joy to everyone in her presence. She earns my highest recommendation as a legal professional.

I have referred clients to Mariam for Social Security disability matters. She has provided able representation in a diligent and professional manner. I strongly endorse Mariam Lavoie.

I endorse this lawyer. She is kind and caring. My clients love her. I would trust her with my friends and family.

Mariam is a dedicated and experienced professional with superb trial and negotiating skills. She stands alone when it comes to her wealth of knowledge in the areas of Social Security and Disability law. Just as noteworthy, is Mariam's genuine compassion for her clients and their personal challenges.

Mariam Lavoie has all the skills and expertise necessary to achieve outstanding results. She has a deep understanding of the workings of the Social Security system and knows how to submit claims to increase the likelihood of a claim being approved. I refer Social Security claims to Mariam because she has a great track record in winning cases.

Mariam has been part of our Marasco & Nesselbush team for more than a decade. She is compassionate, brilliant and has dedicated her legal career to serving the injured and disabled.

Attorney Mariam Lavoie is a gem! She is the managing Social Security disability attorney at Marasco & Nesselbush. Caring for clients with kindness and advocating fiercely for them are the hallmarks of her legal representation. She's honest and honorable and a really fine human being