Doug Johnson has spent his legal career representing injured people and the families of wrongful death victims in litigation arising from serious injuries and deaths in the oil fields, airways, waterways, and roadways of Alaska. He also has extensive experience with insurance coverage disputes. Unlike many attorneys, Johnson did not grow up wanting to be a lawyer, and he did not spend all of his life in school before entering the profession. Even now, Johnson thinks of himself as an ordinary guy who practices law because it's how he is best able to help people and support his family, and because he is good at it.

His life before law school best describes who he is and also helps to explain why his law practice is focused on litigation.

Growing up on a small farm in Eastern Oregon, and working in the farming, timber, and construction industries, made hard work and integrity a basic part of Doug's life from a very early age. Often the youngest and newest guy working on tough crews, he learned quickly that in this life you better be willing to fight for what is right or others will take it away.

Later, serving as a volunteer missionary in South America, he saw first-hand the injustices suffered by some people who, as individuals, had no ability to stand up to large corporations and governments that tended to trample all over the rights and lives of ordinary people when no one stood to their defense. Living and working in western Alaska showed him that the same thing often happens to rural Alaskans, as well as those on the road system.

Johnson went back to school and graduated from Oregon State University and then Willamette University College of Law. Even before graduating, Johnson began working for one of the best litigation law firms in the state of Alaska. As one of only three attorneys in the firm, he was immediately plunged into hard-fought legal battles against the largest corporations in the state, and against the state itself.

Winning those battles taught Johnson that hard work, integrity, and a willingness to fight for what is right, the values he learned before law school, can bring justice to individuals even when battling against huge oil companies, the insurance industry, product manufacturers, and the government. Doug's practice is focused primarily on representing injured people and the families of persons killed because of the negligence or recklessness of others. His past experiences with hard physical work and in operating and working on heavy equipment give him great insight when representing individuals injured at work on land or water, and in litigating cases about defective products and equipment

His experiences in South America add to his compassion in representing those suffering from injuries or the deaths of loved ones. His fluency in speaking Spanish (https://www.alaskainjuryclaims.com/espanol/) is an asset in representing Hispanic clients in a variety of injury cases. 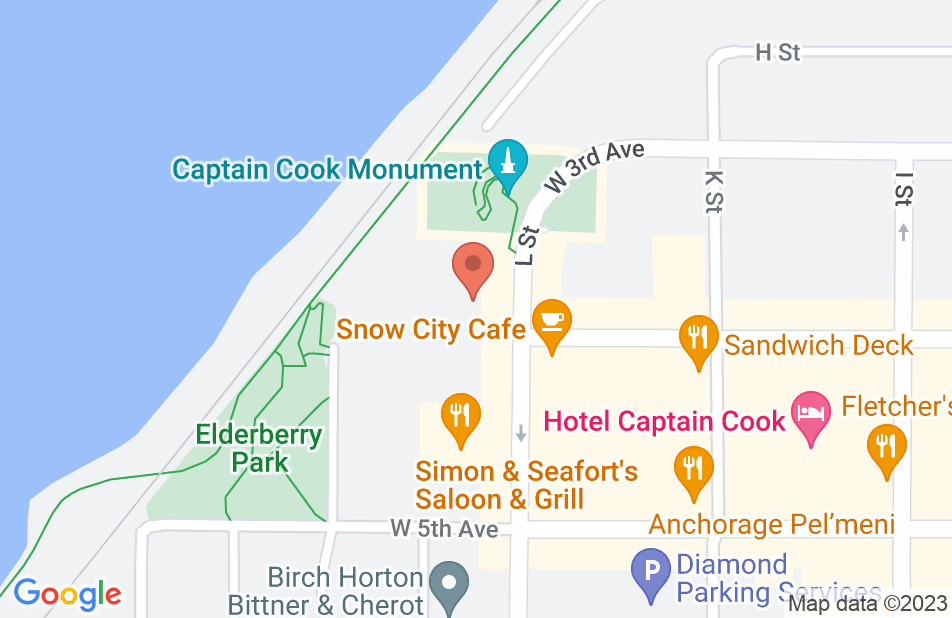 Going through this difficult process it was nice to have such a great team at Johnson Kamai & Trueb. I was always getting updates from the attorney or paralegals. Even now that my case is over I still get cards or emails from them just checking in on me. Very grateful to them and I strongly recommend them to anyone.
This review is from a person who hired this attorney.
Hired attorney