John has been a partner in the firm since 1983. His practice involves serious personal injury complex litigation, with an emphasis on traumatic brain injuries and spinal/aquatic injuries.

John is active within the Washington State Brain Injury Association and has served as past executive director for the local chapter. John is currently the president of the Foundation Board for Inland Northwest Hospital Service and is past president of the St. Luke's Rehabilitation Advisory Board of Directors.  He also is a member of the executive committee and Vice Chairman of Banner Bank.  He has received his Aquatic Specialty Certification.

Because of his extensive and diverse experience with brain injuries and his extremely successful representation of its victims, John garners the highest level of respect within the medical community, and has been honored by his peers as one of the State of Washington's "Super Lawyers". John also was named as one of Washington's top 100 trial lawyers by the American Trial Lawyers Association. Feel free to review the testimonials of several of John's peers in the medical community. 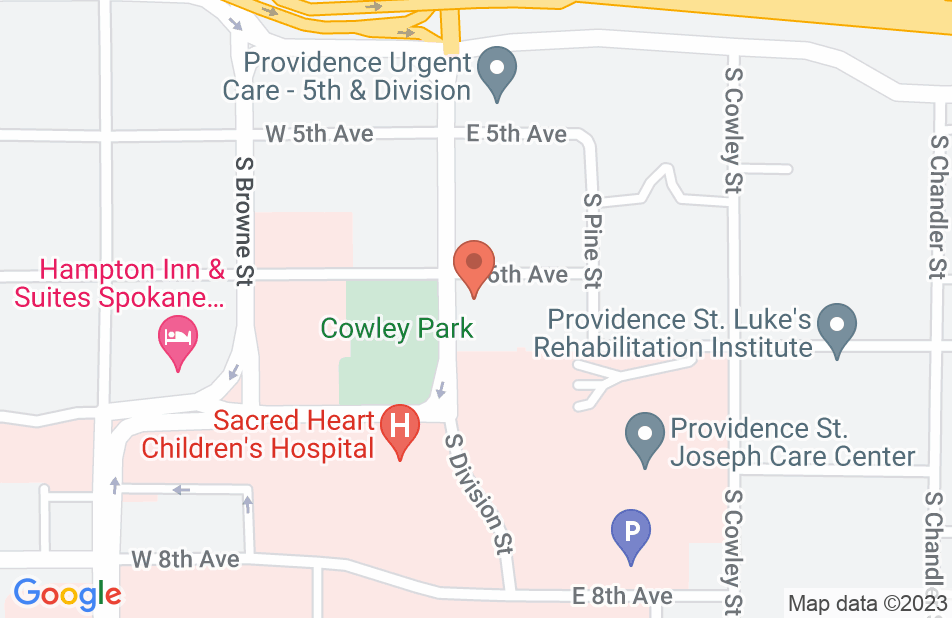 John represented me in a legal malpractice suit regarding a trust account. He took over when my previous attoney died, and he was up to speed in no time at all. He was very professional, and cares very much for his clients.

I hired John, after dismissing another attorney. First, he was a saint for taking the case which was a difficult one. Second, he did a superlative job. I am a lawyer myself, and know the difference between good work and lazy work. John and his firm all work above the call of duty. You'd be lucky to get him tackling your problems!

I am proud to endorse John Layman as an attorney. He is careful and thoughtful. he always does her best to help her clients. He is creative and always strives to improve his practice. If you are looking for a highly qualified, intelligent and compassionate attorney, then John is the way to go! He will treat you with respect and courtesy. A true humanitarian and one of the most compassionate people I have ever met. There is true passion and concern that comes from him and it automatically puts you at ease regardless of the circumstance. I highly recommend John to anyone who has gone through a catastrophic accident or a loved one who has in need of great representation.

John's ability to analyze a case and develop a case plan is like none other I have seen in my 12 years as a lawyer. John serves to help humans fight for justice against the powerful entities in our society. This is a lawyer I heartily endorse.

A mentor, friend, and teacher. A model for all lawyers to follow.

John is a tremendous advocate for his clients. I worked with him on several technical product liability cases and his ability to navigate the complexity of those matters was an asset to the case resulting in a successful outcome. I would trust John with all personal injury cases as his skill and leadership are without question.

You'd be hard pressed to find a more passionate and skilled advocate than John Layman. Whether you need representation in a case involving a traumatic brain injury or complex business matters, John is your man.

John is a sharp businessman, who has a strong understanding of the difficulties that come from being injured by someone else's negligence. His compassion and tough competitive nature are not commonly found together, but make him an excellent advocate and formidable trial lawyer.

I strongly endorse John. John is a compassionate advocate and hardened litigator. Having worked with John on cases since 2006, I have witnessed fist hand how his extensive experience and knowledge of the complexities of a traumatic brain injury allow him to achieve successful results for his clients time and time again. John is respected by opposing counsel from Seattle to Spokane for a reason â€“ a respect that undoubtedly benefits his clients.