I was born May 13, 1952 and raised in Seattle, Washington.  I attended West Seattle High School where I was a two-year letterman in baseball, and a member of the honor society.

I graduated high school in 1970 and started Fairhaven College in Bellingham Washington in the Fall of 1970.  Fairhaven is a small liberal arts cluster college with Western Washington University.  Fairhaven is for the self-motivated individual.  The curriculum has no grades and no tests.  The courses are seminar in nature.

During the summer of my second year of law school, I interned in the Juvenile Division for Christopher Bailey, the then King County Prosecuting Attorney in Seattle.   As an intern I was one of the persons responsible for misdemeanor cases, assisted in felony trial cases, and handled several “decline” cases where the court had to determine whether to decline jurisdiction over the juvenile because of the age of the person and the nature of the crime.

I graduated from Hofstra Law School in the spring of 1977 and returned to Seattle to take the bar examination.  I then moved to Spokane Washington in the fall of 1977 and began working with the law firm of Huppin, Ewing, Anderson and Paul.

In the spring of 1979 a position became available in the Spokane office of the Washington State Attorney General’s Office, defending the Department of Labor & Industries in their handling of state fund workers compensation cases. I began work there on May 1, 1979.  I was assigned the Yakima, Washington run which necessitated that I spend a full week in the Yakima area handling all aspects of trial and hearings before the Board of Industrial Insurance Appeals.  On alternate weeks, I returned to the Spokane office in order to prepare and research the defense of claims.

I spent one year traveling back and forth from Spokane to Yakima, before having sufficient seniority to be assigned a Spokane run.  In Spokane, my duties were to defend the Department of Labor & Industry orders and advise the Department on issues regarding claims.  My duties involved trial, motions, research, brief writing, and any other issues that might present themselves in defending a workers compensation claim before the Board of Industrial Insurance Appeals.

In June 1982 I had the opportunity to join attorney Jeff Morris as an associate.  Mr. Morris and Mr. Powell were combining over 50 years of experience into a practice.   In 1985 a partnership between Mr. Morris and Mr. Powell was formalized and I became a partner, and then equal principal in the firm.  That partnership dissolved in December 1999 and I, along with William J. Powell and Michael M. Parker, formed the firm of Powell, Kuznetz & Parker, P.S.  I have been a partner in that firm since its inception in January 2000.

My primary areas of practice have been plaintiff personal injury, employment discrimination, workers compensation, civil rights and education law.  I am familiar and comfortable with the courtroom, having handled numerous jury cases over the years from personal injury to discrimination claims.  I consider myself a skilled negotiator and take advantage of my knowledge of opposing counsel.  I am familiar with the industrial appeal’s judges, superior court judges, physicians, and attorneys in the Eastern Washington area, having practiced in Spokane over the past thirty years.

I am licensed to practice in the federal and state courts of both Washington and Idaho, the 9th Circuit Court of Appeals and the United States Supreme Court.  I have spoken often in employment, workers compensation and legal ethics related seminars.

I have been married 33 years and have two daughters and one grandchild.  My wife Suzie is a registered nurse who is employed as a continual care nurse with Hospice of Spokane and also works for Spokane Community College in the nursing program teaching lab techniques to students.  Recreationally I enjoy golf, cooking, gardening and reading. 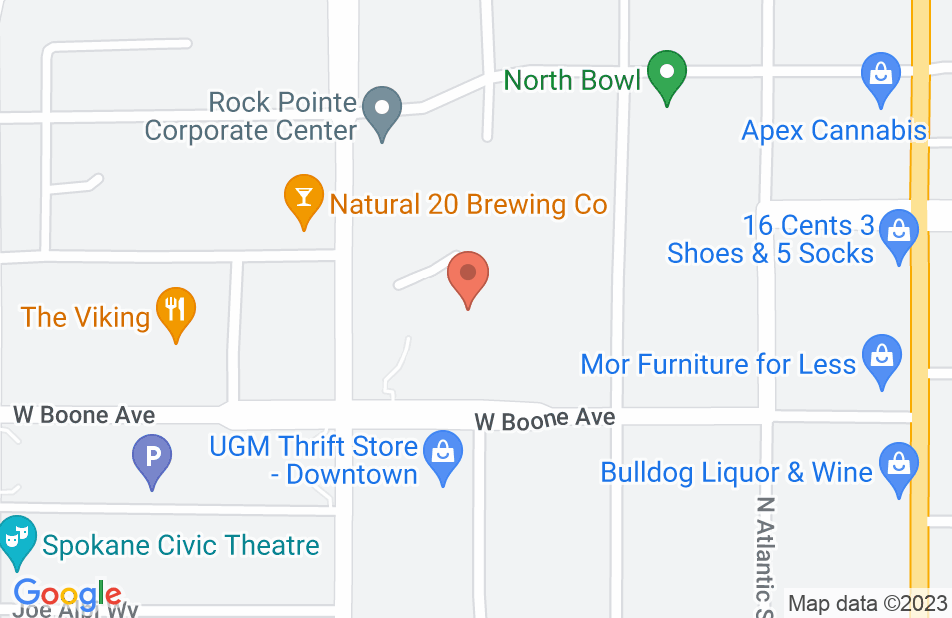 More Than a Great Attorney!!

Larry not only excelled in taking care of all the legal requirements to effectively evict my unresponsive, none paying renters but also, he excelled with his caring approach and willingness to go the extra mile to be my advocate! In addition, his recommendations and counsel were invaluable to me!!! Thank YOU, Larry!!!!

Mr. Kuznetz handled 2 Title VII cases involving me, a Transgender Female, against my employer the Federal Government. The cases were extremely complicated, took a lot of research, patience, and understanding on Mr. Kuznetz part. At times the case appeared to be hopeless to defend, but Mr. Kuznetz did not give up on me or my contention that I was tormented and treated poorly. He put in the extra effort to find the truth, bring it forward, and stand by my side during overwhelming odds. There is no doubt in my mind that Mr. Kuznetz put in much more time than was billed for. The final outcome was a settlement with the Federal Government. Not many can make that claim. I am very satisfied with the work that Mr. Kuznetz did for me. Further, I have no reservation in giving him an Outstanding Recommendation.

I endorse Lawrence. He is a highly skilled attorney that is well respected in the legal community.

I endorse this lawyer's work without reservation. Larry is an experienced, intelligent and effective advocate for his clients. He serves their interests well.