I was born and raised in Tacoma, Washington. After graduation from Wilson High School in 1977, I obtained my B.A. in Psychology and Film Communications from Pitzer College in Claremont, California in 1981. Three years later, I graduated from law school with a J.D. from Case Western Reserve in Cleveland, Ohio.

I spent six years living and working as an attorney in Sacramento and Los Angeles, California before returning to Tacoma in 1991. After working as an associate and partner at a large firm in Tacoma, I opened my own office in 2010.

I have other thirty years of experience handling a wide variety of civil and criminal cases from trial through appeal in state and federal courts. My main practice areas include employment, business and personal injury litigation. 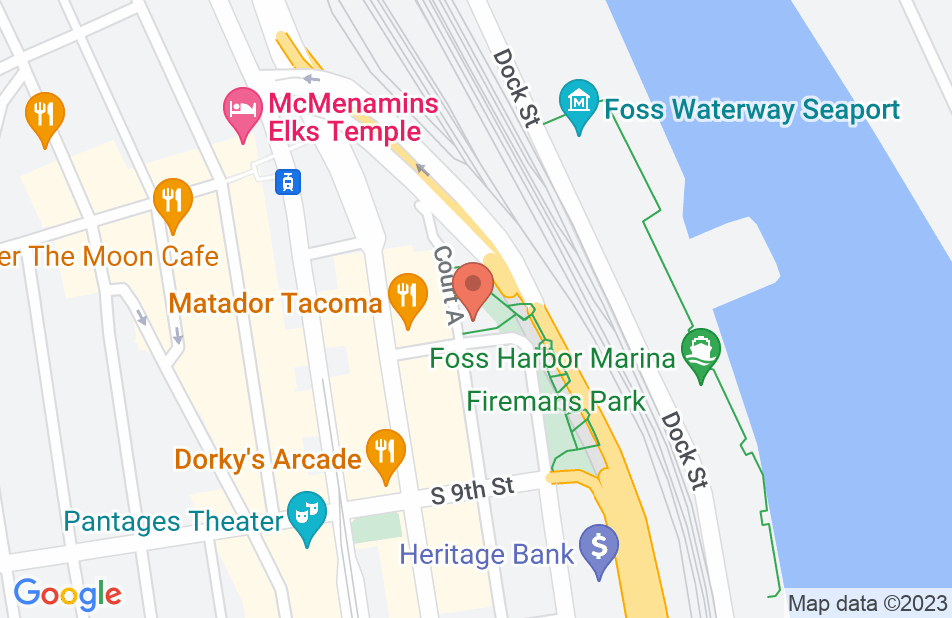 SHOW DOWN IN THE COURTROOM

Mr. Malden is your attorney that you need aka. (The General)

If you want a good loyal honest attorney Nigel Malden is the man for you. My husband and I had a case that we needed an attorney fast. I did not know where to turn so I went to the telephone book.. I called Attorney Nigel Malden's office. His Legal assistant is a very kind, warm and friendly lady. I explained what our case was about his legal assistant informed me to send the documents that I had regarding myself and husband's case, and she would discuss it with Attorney Malden. After submitting the documents requested it was within two days we got a response from Mr. Malden's office to inform us that he would represent us. We had a meeting at his office and the very first time that my husband and myself met Mr. Malden and his legal assistant. We felt like we had known them a long time because they both have a warm friendly way of making you feel very comfortable. After Mr. Malden finished reviewing our documents he told us the pros and cons of what could possibly be the outcome of our case. Mr. Malden detailed with us how he would present our case before the Court. Mr. Malden gave us advice how we should act and respond to questions that were asked of us by the Judge himself or the opposite party's attorney. He kept us focused on what was important and the things that were not, he advised us accordingly. Mr. Malden gave us ample time to discuss our case, he inquired of us if we understood what he was saying whether it was a legal answer or regarding what we might expect in court. Mr. Malden is a very friendly attorney with expertise and experience in the law. On our Court day Mr. Malden put his all into presenting our case with vigor, power and strength. He put his all into representing us with a 1-2-3 sucker punch he came out swinging hard and heavy with the law,evidence and the hard truth. We are so proud of Mr. Malden's representation. I was so proud of him that I wanted to jump out of my seat with joy to give him a big hug right there in the courtroom but I didn't, I waited until court was over then gave him a big hug and a thank you,my husband was very pleased also. If we ever need any legal representation Mr. Malden is the attorney that we would call in a heart beat..He is very unique he is not your average attorney he's not only an attorney but the way he operates in the courtroom I see him as a General who knows how to take the lead. I have a nickname for Mr. Malden I call him Mr. General. My husband and I recommend anybody if you need legal help or representation please do not hesitate to contact attorney Nigel Malden. We guarantee, you will be glad that you did. Thank you for listening.
This review is from a person who hired this attorney.
Hired attorney

Toyota of Olympia lied and changed the paperwork of a car we bought and went to a separate bank we had no knowledge of an almost had the car repossessed on us. Thanks To Nigel that never happened! They ended up repealing what that had done and corrected their errors. Nigel gave a great free consultation and told me how everything would work. Gave clearity from the beginning. He was very helpful and on point. Also he is a very nice guy and had a caring attitude. He even sent us a Christmas card! Nigel is a great lawyer and am very thankful for his service!!
This review is from a person who hired this attorney.
Hired attorney

If you have records you don't want the public poking around in, Nigel is the legal representative you want. He knows the law, both statutory and common, consequently was quite adept at identifying available options and guiding me to the preferred alternative. Despite being the specialist, possessing knowledge of the law far beyond my own, he was very receptive to insights, feedback and direction such as I provided, allowing me to feel like I was a full partner with him in the case. Nigel also kept me and my expectations in line, providing a dose of realism so I knew in advance what could and could not be done. In my case, Nigel successfully secured the best possible outcome, falling short of my own initial but unrealistic expectations, but a victory nevertheless that exceeded limits commonly seen in such cases, an outcome that might even have even have advanced case law in this mostly unexplored area of a citizen rights to privacy following acquittal. As an added bonus, Nigel is a nice and likeable guy, easy to work with, and very interesting as a person. I would not hesitate to retain him again if ever I found myself with the same or similar need.

Nigel Malden defended me in a lawsuit regarding a business contract. We had many discussions pertaining to the issues and Nigel listened intently to my complaints. It became apparent that he understood the merits of my case which was very, very important to me. I felt he was realistic and upfront with me at all times and took extra effort to manage any risks involved with the case. By working well with the plaintiff’s attorney Nigel was able to negotiate my case through very difficult waters. He was able to turn a negative situation around and create a positive outcome for me. This was simply amazing! I would feel confident recommending Nigel to my best friend or a professional colleague.

Nigel Malden is a great attorney.

I will always recommend Nigel to represent anyone in an civil matter having to do with an employment issues. Nigel won are employment hiring case for unemployment. Nigel help us settle our case out of court for a great amount i was very satisfied with the results. Was every please with the care Nigel takes to keep you up to date on all matters in your case. What a win for my family having this lawyer working for you.