Derek was born in Trinidad, Colorado and moved to Washington state for the first time in 1983.  He fell in love with the area and its people.  After moving back to Colorado during his high school and college years, he has returned and taken up residence in Port Angeles. 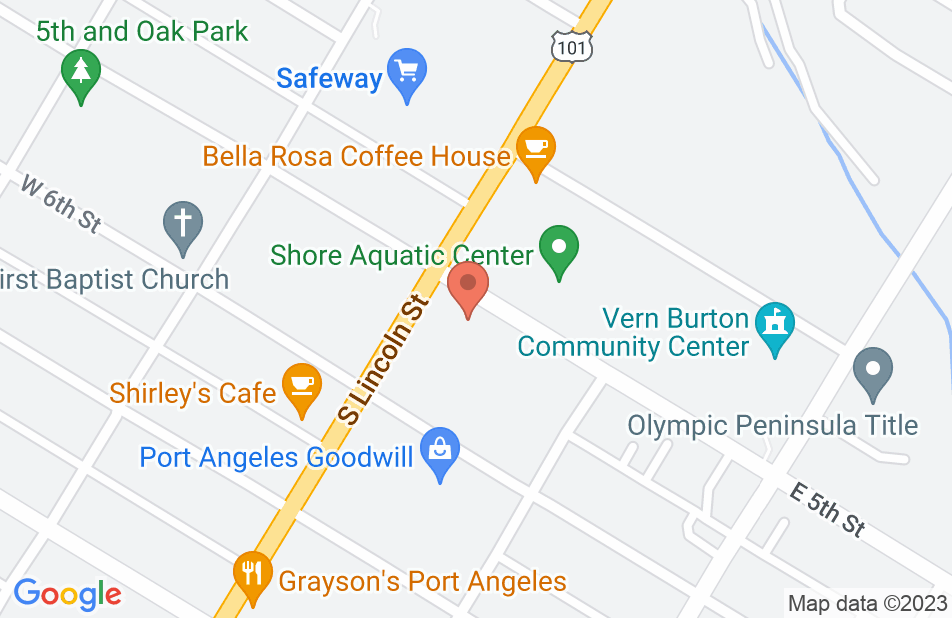 Mr. Medina represented me well in my case regarding custody and my parenting plan revision. I am a single non-custodial father that just wanted fair and equitable time with my kids. Their mother and I were working off an outdated parenting plan that had many holes in it. Derek was very good at helping promote fair change that was adopted into the new plan. We went to trial over differences due to the kids moving further away and Mr. Medina fought to minimize my pick-up travel distance. When the kids mother refused visitation after parenting plan revision, Derek ensured contempt was charged and i have had no visitation no-shows since. He is aggressive in court and knows how to put it all together to give proper representation. If provided good documentation by his clients, I am confident Mr. Medina can help you to reach a fair outcome that is in the best interest of your children.

Over the course of many years, I have required legal counsel in different states where I have resided. Therefore, I feel qualified in commenting on the quality of the legal services I have received from Mr. Derek Medina. I was, and still am, totally impressed with Mr. Derek Medinaâ€™s commitment to providing his clients with outstanding services (the best I have ever received). Mr. Medinaâ€™s responsiveness has been the most prompt that I have experienced from ANY legal counsel. Another trait of Mr. Medinaâ€™s that I feel is important to mention is his sincerity and focus about alleviating or solving his clientâ€™s issues. I am completely satisfied with the legal services I have received from Mr. Medina. Through his patient efforts, a very stressful and vexing, long-term problem was resolved. I have no hesitation whatsoever in recommending Mr. Derek Medina as legal counsel.

Would I recommend Mr. Medina -- in a word, unequivocally yes! Over the course of many years, and having had the requirement for legal counsel in four states, I feel qualified to evaluate the quality of the legal services that I have received. I was, and still am, totally impressed with Mr. Medina's commitment to providing his clients with outstanding service (the best I have experienced). Mr. Medina's responsiveness has been the most prompt that I have experienced from ANY legal counsel. Another trait of Mr. Medina's that I feel is important to mention is his sincerity and focus about alleviating or solving his clients issues. I am completely satisfied with the legal services that I have received from Mr. Medina. Through his patient efforts, a very stressful and vexing long term problem was resolved.

Unlike the other lawyers I've had, Medina kept me informed on the status of my case, and what to expect on upcoming court proceedings.

I hired him on short notice, had first consultation got a very bad vibe but tried him out on a divorce case. He did not communicate or explain things, he did do what I asked him today. He gave bad advice, and bad service. i could never reach him for response ( even though I had his iPhone cell so I now he got it and read it). In court he seamed I’ll prepared and manic in speaking, he rambled and got nothing accomplished. Very displeased and fired him, a waist of time, and $5k. GO SOMEWHERE ELSE!!!
This review is from a person who hired this attorney.
Hired attorney

After trying multiple times to schedule a consultation and repeatedly leaving messages one of Mr. Medina’s secretaries FINALLY called back and scheduled a consultation. Mr. Medina had to reschedule once and we had to reschedule once. By the time we had found a time that worked we showed up to his office and waited. We waited over 40 minutes after confirming that he should be there and he still never showed up. On our third call we finally spoke with Mr. Medina and he cancelled. After my husband took a half a day off or work and waited 40+ minutes without so much as a sorry. If you have a serious case don’t waste your money on a no show lawyer.
This review is from a potential client who consulted with this attorney.
Consulted attorney
Derek Medina's response: I apologize for the miscommunication. I have made changes in the office to eliminate these scheduling issues. Namely, I have more office assistants to avoid the phone "tag" scenario. I have also made changes so that a potential client will know the extent of our services. That way everyone knows if I can help before even scheduling an appointment. I hope my changes will eliminate these inconveniences.

I have worked on the other side of a number of cases with Derek Medina. I always smile when I find out he's on board. He's a good man who works hard for his clients. He keeps me on my toes.

Derek Medina is a first class Family Law attorney who is dedicated to serving the needs of his clients and bringing order and guidance in what is oftentimes is one of the most difficult periods in individuals lives. From my personal observations, he is respected in the courts and very familiar with the day-to-day mechanics of our legal system. Moreover, he does not hesitate to challenge or back down from opposing counsels and works diligently not just for his clients, but with them.

Ryan Garvey, DUI and DWI Attorney on Nov 21, 2008
Relationship: Worked together on matter

I have known Derek for several years and worked closely with him on various litigation matters and believe him to be an exceptional attorney and advocate for his clients. He has an uncanny way to simplify complex matters and he is excellent at truly caring for and guiding clients in their time of need. It takes a special kind of attorney to excel at Family Law and Derek has proven year after year that he deserves to be among Seattle's top Family Law Attorneys.

Timothy Wilson, Bankruptcy and debt Attorney on Apr 7, 2008
Relationship: Worked together on matter