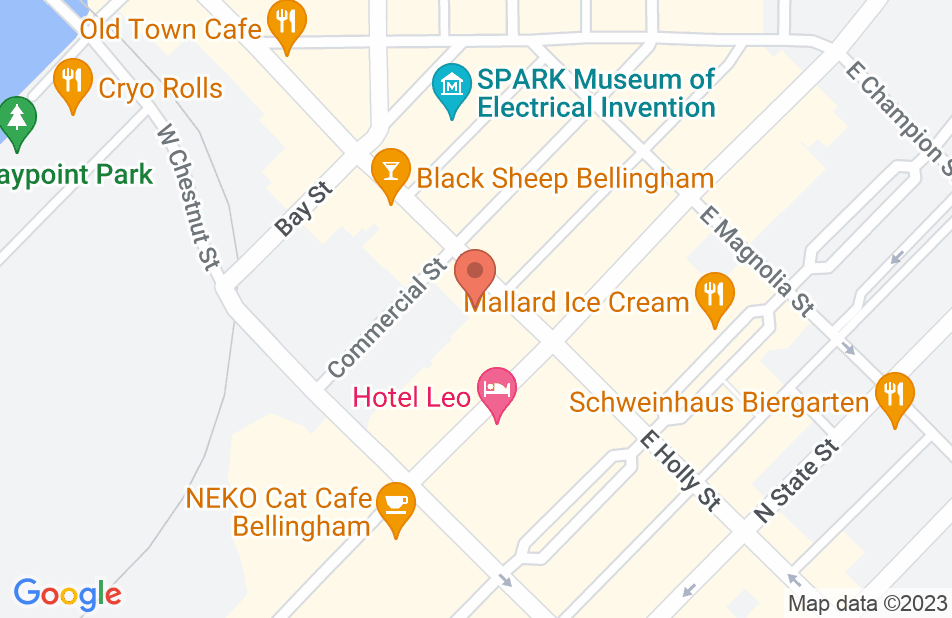 I have known Larry for over thirty years since we were at Northwestern University together. He is a man of courage who has taken on the leadership of hate groups, opposed individuals and institutions who have momentarily or regularly forgotten that when any Constitutional Right is infringed upon what makes America unique is threatened. I have consulted with him often about the law and have always benefitted by his counsel.
This review is from a potential client who consulted with this attorney.
Consulted attorney

Helped me get what i was entitled to

MY father had died, and i needed some very technical work done at a very hard moment in my life. Mr. Hildes handled the situation professionally and competently. He was always compassionate, but aggressive when we faced obstacles that needed a little heat to resolve the matter. I have seen that he does this with all his cases whether they are large or small. I would recommend him to anyone needing work in wills, trusts, and administrative law situations (the areas i used him for). or for other areas. His ethics, whether in my small situations or in his larger civil rights practice, are beyond reproach. His prices are good. I recommend him highly.

I contacted Mr. Hildes regarding a civil rights matter and was extremely impressed with his dedication and professionalism. While we might expect competent legal representation in exchange for their legal fees, not all attorneys show genuine compassion for the client and passion for the process of law. Mr. Hildes excels here and I was impressed with his strong written language skills and his ability to process and affirm the law. While outwardly mild mannered, Hildes is a legal pitbull and I'd eagerly hire him again if needed. He has an admirable commitment to social justice that other lawyers would do well to emulate. The only drawback do his professional services is that he works independently and cannot provide the same range of legal services or scheduling opportunities of a larger firm.

I took my own advice from my original post and hired Larry Hildes to represent me in a civil rights case. I wish I could delete that first review as my subsequent experience with Mr. Hildes was a complete disaster. Larry failed to identify the central legal argument in my case. Actually, no legal argument was even necessary in my case as it turned out to be no more than a simple administrative error that was easily corrected with a simple phone call. When I eventually hired another attorney, a phone call was all it took to solve my problem. I wish I had known that from the start. Instead, I paid Mr. Hildes $1000 to write a petition and to file this petition in court and represent me before a judge. For three months after Mr. Hildes collected my money, I received no legal services at all. I kept contacting him by phone and email, but all I got was excuses and delays. Finally, after three months with nothing to show for the $1000 I paid him, I asked Hildes to return my money so I could hire an attorney capable of demonstrating some commitment to my case. Then and only then did Mr. Hildes spring to life and produce a petition that was so poorly written I had to proofread it myself. The day after Mr. Hildes corrected the errors in his petition, he quit the case leaving me with no legal representation and I'm out $1000. I asked Mr. Hildes again to refund my money as I had hired him to provide a specific set of legal services that included representation in court and all I got was a worthless petition. When Hildes refused, I sued him in small claims court and won a judgment against him. Since my case in small claims court is a matter of public record, you should review this matter for yourself. Our court date in Whatcom County Small Claims court was July 24, 2014. Our case number was SC14-105. Not only did I successfully sue Mr. Hildes for breach of contract (how many lawyers in our state does that happen to?) but Mr. Hildes failed to comply with the judgment and I subsequently acquired a lien against his property in Bellingham. This is also a matter of public record and can be verified by going to the Whatcom County Auditor's website and doing a document search under "Hildes". What you'll find there is that three parties have filed liens against Mr. Hildes in the past six years. One of these liens was a federal tax lien. READ THIS! It shows that Hildes failed to pay taxes in 2004 and 2005 and was subsequently assessed by the IRS for more than $18,800.00 in back taxes. Apparently, Hildes used the money he saved by defrauding the US Treasury in 2004 and 2005 to buy his home in Bellingham in 2006. Hildes' massive tax burden does much to explain why he failed to address the central legal argument in my case and instead chose to charge me for legal services I never needed in the first place. I have filed a formal grievance against Mr. Hildes with the Washington State Bar Association. As of this writing, the matter is under formal review. But I cannot foresee that Mr. Hildes will survive the grievance process with anything less than a formal reprimand from the bar. He'll be lucky if his license isn't suspended. Do your homework before hiring this man. By the end of 2014, I would expect the bar to formally discipline Larry Hildes for numerous breaches of the Rules of Professional Conduct. He is a disastrous attorney and an ethically challenged man.
Lawrence Hildes' response: This is full of lies. This is a former friend and former client, who got the result e asked for, and then turned his rampant paranoia on me. The bar rejected his bizarre allegations, pointing out he was using it to get money and then strongly recommended I get an anti-harassment order.

Larry and I have worked together on several matters, and he's an expert in civil rights/Constitutional matters. He's extremely dedicated to his clients and the Constitutional rights for which he fights. He's very bright and well-learned. He's spoken on numerous occassions in his areas of expertise. It's my pleasure to unquivocally endorse Larry.

I endorse this lawyer. I have worked with Larry on several matters. I highly appreciate and respect his skills.

With great enthusiasm I endorse Larry! I had the pleasure of working with Larry when he and I represented co-defendants on charges arising out of a political protest our clients participated in. Larry's level of commitment to vindicating his client's cause is rare to see. He is the embodiment of the notion of a "zealous advocate." Larry thought of creative defenses that worked to the benefit of all our clients. His intellect and commanding court presence are driven by a dogged determination that demands our criminal justice system live-up to its stated ideals and provide justice for his clients. I hope to work a case with Larry again. He is what a civil rights/criminal defense lawyer should be. David Lousteau, attorney