Thomas D. Coe has a Bachelor of Arts degree from the University of Massachusetts and a Juris Doctorate degree from Seattle University. He has been practicing law throughout Washington since 1994, and is known for his dedicated representation of his clients and a deep understanding of the legal process.

During his 20 years in practice, he has represented clients in criminal defense cases ranging from traffic infractions and juvenile cases to misdemeanors and felonies. He has also represented a number of clients in criminal drug cases and associated civil forfeiture proceedings as well as many personal injury cases, such as those involving bicyclists struck by motor vehicles.

He is most familiar with King, Pierce, Thurston, Kitsap and Snohomish counties, but has appeared in many other jurisdictions throughout the state, including state and federal courts, with successful outcomes for his clients, including acquittals, hung juries, and negotiated resolutions.

He offers free consultations by phone or at his office in Seattle’s Pioneer Square. He offers a competitive fee schedule and accepts all major credit cards. 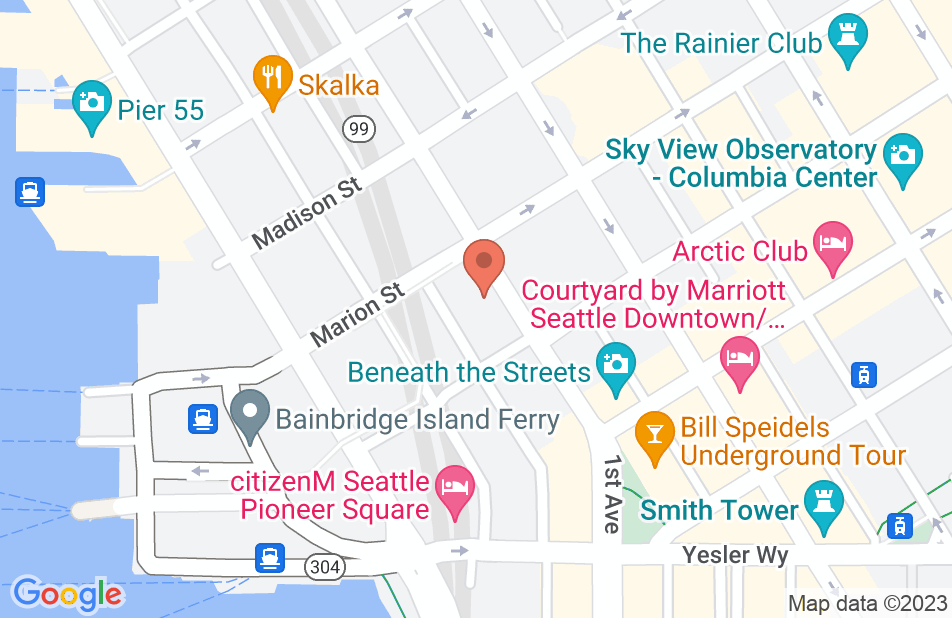 I was charged with 10 felonies in a very complicated case. This man believed in me and worked tirelessly to get a jury of 12 to do the same. He was able to get several of the counts dismissed prior to trial, and defeated each of the felony counts at trial. Tom is very resourceful and experienced, and he works well in a team situation, as he did with Bob Goldsmith in this case. He knew the right questions to ask and the right buttons to push, and he got the result that he wanted. I cannot recommend him enough.
This review is from a person who hired this attorney.
Hired attorney

Mr. Coe did a thorough job of reviewing the case and was well-informed about similar cases. He was communicative about strategies as the case progressed and was receptive to feedback.
This review is from a person who hired this attorney.
Hired attorney

Got a speeding ticket over in Clyde Hill. Tom took care of everything. Didn't even have to take off work. Kept me updated on the case and get my $275 ticket down to a $125 non-moving violation. I would recommend him highly to anyone who wants a quick, easy and painless process.

Tom referred a personal injury case to me because it had to be litigated in MN. He worked the case up phenomenally and did an exceptional job for his client.

I endorse this lawyer. He is compassionate, thorough and dedicated to defending his clients any legal way he can. His ethics and character are the highest; his work ethic is total; and his commitment to providing the the best defense inspirational.

I strongly endorse this lawyer. Tom is a highly competent, experienced and hard working attorney. I believe what sets Tom apart from many other attorneys in his field are his integrity, passion for helping his clients, and the great results he achieves. Tom does all he can for every client he represents.

With 20 years of experience, a great personality and intimate knowledge of how the game of law is played, Tom Coe is a solid litigator and a counselor at law. I endorse his skills and knowledge of criminal law.

I have referred clients who have criminal cases to Mr. Coe. He is conscientious and diligent in his representation. My clients have had very good outcomes in cases.

I endorse this lawyer. I worked with Tom on a complicated appellate matter where I was the trial attorney, and I have known him and his work for years. Tom is extremely hard working and bright. His written work product is excellent. His trial skills are exceptional. Tom is also one of the nicest and most thoughtful men you will meet--not your typical attorney in that regard.

Tom Coe is an excellent attorney. I have seen Tom in trial - he is always thorough in his preparation and a fierce advocate for his clients. I feel confident in referring my own friends and family to Tom Coe - he is supremely competent.