It is a "boutique" child centered family law practice.  My partner, Tatiana Toumanova, also practices family law and is fluent in Russian. 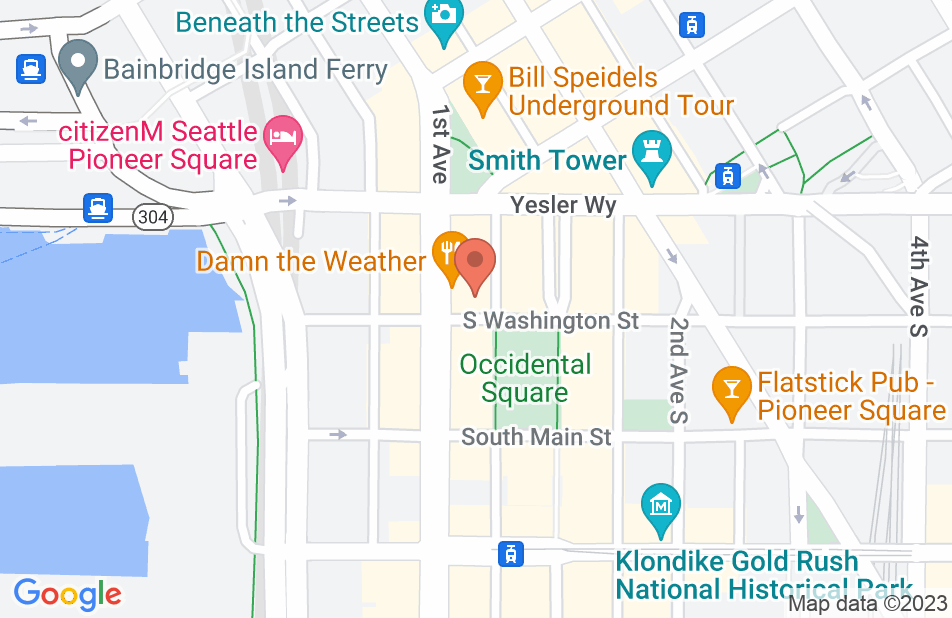 License
We have not found any instances of professional misconduct for this lawyer.
Avvo Contributions
Awards
Work Experience
Associations

It was a very pleasant experience ...

Janet is very Experienced and compassionate , I have got very good advices during my consultation regarding to my divorce case .(Later my divorce have got settled.) I willing to recommend her to other people that needed.
This review is from a potential client who consulted with this attorney.
Consulted attorney

Janet was very compassionate and caring thru my process she was there for me every step of the way. I felt very comfortable with her, knowing that she would handle my case always in my best interest. She is very informative, she would break down the process, always letting me know what my options were in the legal process. Responding to my emails in a timely manner and her schedule was always flexible allowing me to schedule a meeting with her that would allow me to work. I am very thankful to have had Janet as my legal representation. In the future if I needed representation again I would definitely hire and recommend Janet.
This review is from a person who hired this attorney.
Hired attorney

Janet took care of my problem quickly and efficiently. Very quick to grasp a complex situation and advise me on responding to a family law issue. She knows the law, is very effective and caring and kind to boot. I will definitely use Janet again if needed.
This review is from a potential client who consulted with this attorney.
Consulted attorney

Excellent Lawyer With a Passionate Approach

I was pleased with Janet Watson's response to my family law inquiries and concerns. She was not only knowledgeable and prompt in her advice, but added a sense of calm and common sense that can only lead to a good result.
This review is from a potential client who consulted with this attorney.
Consulted attorney

I first hired Ms. Watson about 11 years ago and then about 4 years ago regarding custody issues. I have occassionally contacted her since when an issue or two has arisen where I thought I needed a bit of professional advice. My daughter's father has been rather difficult to work with and has tried, and failed, to take custody (or dramatically change the plan) a couple of times now. It was highly stressful but I found Ms. Watson to be not only excellent at her job but she had a rather calming influence over the situation. Even before the market crashed she was very fair in her fees and didn't allow opposing counsel to draw her into unnecessary battles that would have resulted in excessive fees. She kept me informed and she also kept the focus on what the legal issues were rather than the red herrings. By trade, I am a legal secretary and so in my own professional life I've worked with all kinds of attorneys. Ms. Watson knows her work and does it well and with compassion. When I need advice I seek her out. I have also highly recommended her to anyone in need of an excellent family law attorney.

Janet Watson is a great lawyer

My wife and I had little arguments and for no apparent reason one day she decided to leave the house and got a stand by protection from police. She took her stuff out of the house and left the country while she was 7 months pregnant. All happened so sudden I didnâ€™t even realize that where she is heading or what she is up to. After my wife left the house she accused me that I am not a good husband and thatâ€™s why she is taking my baby away from me, so that she can save him from becoming like me. I begged her not to travel since she was 7 months pregnant and her doctor had recommended her complete bed rest. I got Janetâ€™s phone number online and explained the case. I could not have asked for better lawyer than Janet. I talked to Janet 3 times over the course of over a week and every time I talk to her, our conversation lasted over half an hour at least. She politely listened to my whole story and advised me according the situation that I was in each time. I found her to be extremely knowledgeable around divorce cases, child custody, child support, and even domestic violence issues. Her style of communication and knowledge provided me a great level of support. Above all I found her genuinely interested in helping me than just charging me high bills because she provided all the consultation free of cost. She told me her charges for if and when I decide to file for divorce or child custody. Thank you Janet for your great service and knowledge.

Knows the Law--Delivers the Results

As the result of our discovery of the physical abuse that my three grandchildren had suffered, their deceased father's best friend and I were determined to remove them from their perilous situation, bond as a family and relocate the five of us to the Seattle area. After careful research we choose Janet to be the lawyer to accomplish our goal. She faced the task of achieving our objective with significant handicaps--our non-parental relationship with the children, the short history of our care for the children, a two state jurisdiction issue, the burden of proof relative to the abuse, my advanced age and the natural bias in favor of a mother. We found ourselves facing a very capable experienced lawyer retained by the mother. With her outstanding knowledge of the laws involved and always well prepared, Janet proceeded through a number of hearings on the various issues and won at each stage. In a short trial one month ago we were awarded full permanent custody of the three children. Janet's judgment was flawless as she made a number of strategic decisions in the presentation of the case, always applying tight cost control over the client's expenses. By Janet's e-mails and e-forwarded correspondence and court documents we were constantly informed as the case progressed.

Janet has represented our family several times over the past 15 years in connection with child visitation and child support issues. Our problem was very complicated and adversarial. Janet was able to assess each emergency that arose, handle the issue effectively and achieve success even when there was a significant passage of time between emergencies. Janet is not only knowledgeable and experienced in family matters, but she also displays great compassion for her clients. Her knowledge of the law and her many years of experience are definitely an asset to the client. I would highly recommend Janet to anyone seeking legal assistance in a family crisis.

During my divorce process I was represented by Janet Watson and her associate, Tatiana Toumanova. Before choosing them to represent me, I spent two weeks talking with several other attorneys in the Seattle area. I felt very comfortable talking to Janet and Tatiana, and felt that they were genuine and actually cared about me as a person. My divorce was fairly complicated, since I was in the middle of a disability settlement at the same time. The first thing they told me is that we need to file for spousal maintenance. Within four weeks I was getting $1635.00/month. During the process they would do everything they could to keep my costs low and give me their recommendations along the way as well as telling me what I should expect. Janet and Tatiana are extremely knowledgeable, professional, and ethical, and caring attorneys. During the entire process they would continually update me with whats going on with my case, and would tell me to sit back and relax, and that everything will be just fine. Well, it was! I will certainly recommend Janet and Tatiana to represent you in any capacity. You will greatly appreciate what the end results are when everything is finished. James (Last Name Removed)

Janet was my divorce attorney. I have to say that my x made the divorce really ugly. All of garbage that happened Janet foresaw and prepared me what would happen in court. From the stalking to the threats I was prepared for what would happen at each court appearance. Despite the X bad behavior Janet consistently insisted on a fair child custody agreement and separation of property. With Janet’s child custody knowledge of the law I was confident that I had the best representation I would ever need. I have referred several friends to her and will continue to do so.

I endorse this lawyer. She is great to work with and is very knowledgeable.

I endorse this lawyer's work. I have handled two cases against Janet. In each, her work was professional, competent, and effective.