I bring a unigue perpesctive to litigation in the sense that I have been representing employers and individuals for pretty much my entire career. I believe, and clients have shared, that this insight, provides them with knowledge and comfort throughout the process and a noticable strategic advantage during settlement conferences and in trial. 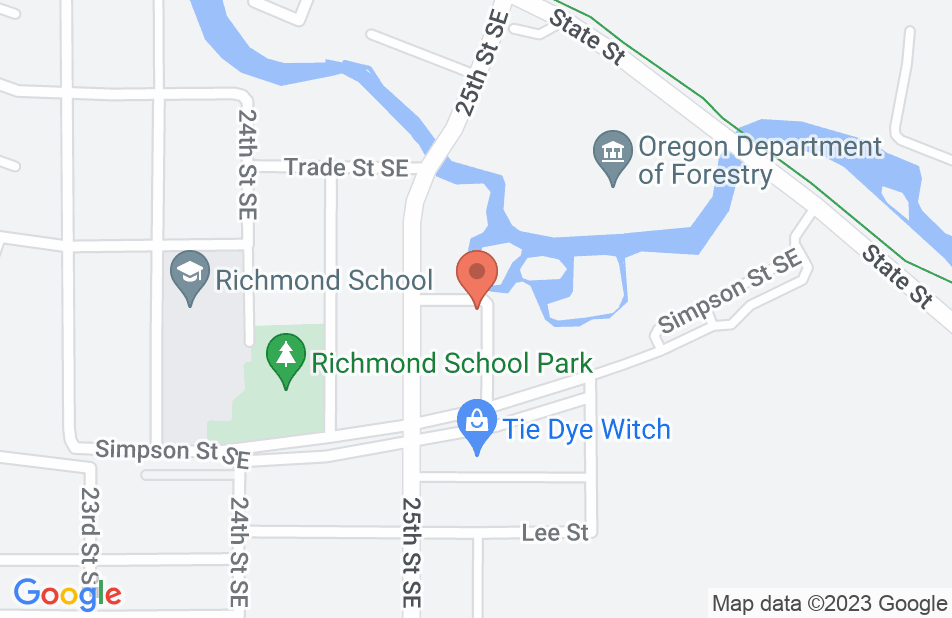 Ron started out as my lawyer, and quickly became my good friend. I originally heard of Ron through my father, and when I was involved in a motor vehicle accident in 2011, I asked if he would represent me. Without being too specific to details, every party involved received what was fair. Ron helped me understand the process, and provided me a recommended course of action for every decision along the way, but let me know that decision was ultimately mine to make. In the end, I followed every one of Ron's recommendations, and the entire ordeal was painless, and I could not have been happier with the outcome.

Going through any type of legal proceeding can be very scary and intimidating, even if you think you know your stuff and have a strong case. Having Ron in my corner was such a relief. I knew that I had an attorney that could handle the mean & scary insurance agents, and then their attorneys when it came to that. He was so great through every phase of my lawsuit. He would give me straight answers and he kept me informed throughout the process. He didn't sugarcoat things or promise me results that were unrealistic, rather gave me honest opinions and real-life outcomes. I appreciated his vast knowledge base and ability to think like a plaintiff as well as a defendant. I honestly would refer anyone that I know and care about to him because I know he would treat them as well as he treated me. If I ever find myself in the unfortunate need of an attorney again, he'll be my very first call.

I hired Ron to represent me in a Personal Injury Claim involving a Motor Vehicle Accident. He was there for me through the entire process from filing the tort claim to arbitration. His advice to "focus on healing" before focusing on the lawsuit was invaluable as it encouraged me to seek the treatment I needed. When the injury did finally resolve he was able to recover all of my medical costs and fair amount for non-economic damages.
This review is from a person who hired this attorney.
Hired attorney

Employment and Company split up

Ron, did a great job of representing us on a business breakup. We also used him on a labor issue with an employee earlier in the year. I highly recommend Ron and we would use his services again if another situation came up
This review is from a person who hired this attorney.
Hired attorney

Ron Downs provided legal representation for me during a lengthy and complicated corporate non-compete claim and subsequent law-suit by my former employer. His thorough understanding of employment law and network of national experts help craft a multi-pronged defense which included researching and presenting the case using both Oregon and Kansas Law, the state in where my former employer is based. Mr. Downs represented me, first through the required mediation, and then through several settlement attempts which resulted in finalizing the suit in binding arbitration. His handling of the case was exceptional and was beyond my expectations. His preparation of the case and witnesses as well as the preparation of me for depositions and the arbitration hearing was far superior to what I witnessed of the legal team for my former employer. Mr. Downs reviewed issues with candor walked me though the case and educated me on the processes of the legal system. Always available for counsel, Mr. Downs guided me through the case and provided an ear to listen and support along the way. He is an attorney that went beyond what is minimally required to represent a client. If you are looking for a litigator that will be honest and upfront, who is excellent in the courtroom and who will go the extra mile for you I highly recommend Ron Downs.
This review is from a person who hired this attorney.
Hired attorney

I contacted Ron Downs after not reaching, what I felt was reasonable compensation after a fairly serious car accident. Ron explained the process to me, reviewed all the pertinent paperwork, and provided guidance as to what my next step(s) should be. After hiring Ron, he went to work and kept me apprised of what was happening every step of the way. He was able to secure a more favorable settlement for me. I could not be happier with the outcome. Should I ever need an attorney in the future, I would most definitely call Ron.
This review is from a person who hired this attorney.
Hired attorney

I contacted Ron for his advice on my dispute of a doctor in salem, he was very personable and kind. My life is better now after our conversation. Thank You Ron!!
This review is from a potential client who consulted with this attorney.
Consulted attorney

Actually cared about my case

When I contacted Ron, I was pleasantly surprised to find someone who genuinely cared about my situation. Ron took a personal interest, listened, asked the right questions, and gave me honest answers. I felt that I was given the kind of consideration that a friend or family member would have received He was more interested in how I wanted to go forward, and then gave me advice based on my preferences. Each time I contacted Ron, he was quick to get back to me. I'm glad that I contacted Ron Downs when I needed assistance, and would highly recommend Ron to anyone who needs his services. You won't be disappointed! He really cares about his clients.
This review is from a potential client who consulted with this attorney.
Consulted attorney

I live in another state so you can imagine my apprehension of having to hire an out of state attorney to help with a legal matter. I did my due diligence and read the information/bio for each attorney in the Salem area. Out of the all the attorneys, I only called Ron. He was the best choice. My daughter was hit by a car in a cross walk in Salem. He gave us options, provided us the necessary information needed to make an informed decision and handled the matter quickly and effectively. He was personable, professional, understanding, and kept us updated throughout the entire process by explaining everything. He understood our need to resolve the situation so that my daughter could move on. Should the need ever arise; I would gladly utilize his services again. I highly recommend Ron Downs.
This review is from a person who hired this attorney.
Hired attorney

My name is Ronald Tizzard. August 2011, I had cataract surgery. been . When being transported home, getting unloaded, I had a fall off the wheelchair lift and landed on my head. The accident required my neck to be fused. The fall left me with permanent loss of neck movement, and constant migrain. I contacted Attorney Ronald Downs, and he reviewed what had happened before accepting my case. I was kept informed of where we were at, and just what to expect. ( ending in a settlement ) You won't find a better attorney, because he cares about his clients.
See all reviews

Karen Kasey, Employment and labor Attorney on Jun 23, 2015
Relationship: Worked together on matter

I endorse this lawyer. Ron is a capable, smart, friendly attorney who definitely knows how to litigate a case.

Ron is an intelligent and creative lawyer. In the cases I have had with him, I have found him to be bright and honest, and he represents his clients well.

Dian Rubanoff, Employment and labor Attorney on May 3, 2015
Relationship: Worked together on matter

I endorse this lawyer. I have worked with Ron on multiple litigation matters and it has always been a positive experience. He is professional, insightful and very focused on achieving the best possible outcome for the entity he is defending.

Ron has a wealth of knowledge and experience with complicated employment issues. His reasoned and straightforward approach is excellent for obtaining a good result.