Mitra Shahri is the founding partner of Mitra Law Group, a Portland employment law firm that exclusively represents Oregonians who have been mistreated in the workplace. Mitra began her legal practice in 1993 at a prestigious L.A. firm. In 1995, she founded a boutique law firm in Los Angeles, where she exclusively represented employees in employment related matters with special emphasis on Whistleblowing and Sexual Harassment claims against Hollywood celebrities, major motion pictures and movie studios. In 1998, the Los Angeles Legal Journal recognized her talents and praised her unique and innovating litigation style against 20th Century Fox, compared her with the top three most successful plaintiff's attorneys in California and branded her a "literary lion."

Mitra moved to Portland, Oregon, in 2002 and became an active member of the Oregon State Bar. Since then, she has also become a prominent and respected member of the legal community in Oregon.

Mitra has successfully litigated thousands of employment cases in Oregon and California, including cases that have received national and even worldwide publicity. Mitra has been featured in a number of local and national media such as television, newspapers and internet. Mitra has developed a reputation for "making causes out of cases" and challenging the existing legal norms. She is well known for being a tough and passionate advocate for her clients who have been sexually harassed or wrongfully terminated for reporting their employers' wrongdoing.

Mitra graduated with top honors from University of Utah, where she was also a member of the Utah Law Review.  She is a member of Oregon Trial Lawyers and has served on the MBA’s Judicial Selection Committee.  Mitra is a frequent speaker for the Oregon Bar on various employment topics and is actively involved in helping the underprivileged in our community. 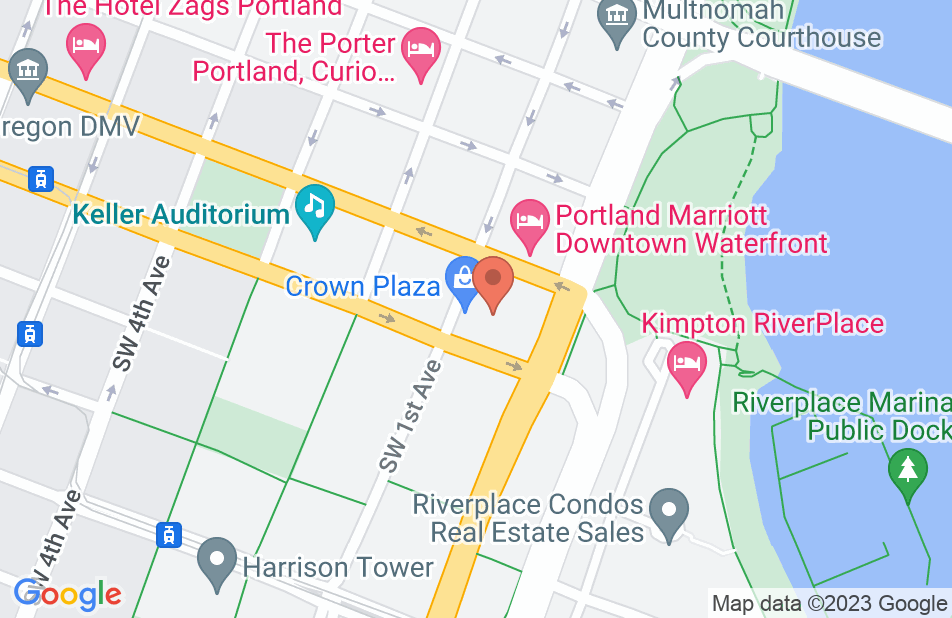 Mitra went above and beyond for me. Mitra and her awesome team worked so hard protecting my interest. Her investigations into the issues were deep and complex. In court she is the “top dog”! If you’re looking for an attorney she’s your gal!
This review is from a person who hired this attorney.
Hired attorney

Approximately 20 years ago, Mitra Shahri represented me in a very heinous and complex case against the Los Angeles County Sheriffs Department while assuming the role as a Deputy Sheriff and on the basis of "Sever Retaliation," for having testified against another deputy regarding his "Unlawful Criminal Acts." While the deputy ended up in "Termination from the Sheriffs Department," the "Harassment and Retaliation," was above imagination. It was by the "Grace of God," that has led me to the "Outstanding" representation of Mitra Shahri in Southern California. I have often thought of her and she will always and forever remain in a very, "Special Place in My Heart...." Luv you, Mitra! Ruthie
This review is from a person who hired this attorney.
Hired attorney

Mitra was amazing. Smart. Kind and always was quick to respond. She did a fantastic job and made things right in my situation. I highly recommend her. One of the smartest women I have had the pleasure of meeting.
This review is from a person who hired this attorney.
Hired attorney

I walked in the doors of Mitra law group already recommended by a friend. This was a pleasant experience from the start. Open,honest, and above all "REAL". Mitra had my total confidence after day one. I knew I had made the right choice. She's the best hands down. I would definitely recommend her legal advice to anybody that finds themselves in a bad or uncomfortable situation. Everyone's first and only choice should be Mitra law group. Professional and integrity are key and an obvious signs your in the proper hands. Thank you and your staff for treating me right and turning a bad situation into a positive one. Definitely recommend you and your staff. Thanks for all your hard work and dedication.
This review is from a person who hired this attorney.
Hired attorney

I have had the pleasure of having Mitra Shahri & her staff represent me in a wrongful termination lawsuit. The whole situation was so stressful, Mitra & her staff were there to calm my nerves and assure me that everything was going to be alright. I couldn't find anyone to listen to my case, the process can be so confusing. I just wanted my side of the story to be told and my name & reputation cleared. Mitra listened to my case, asked hard questions, and she felt I had a case. Mitra had my back throughout the process, she communicated well and returned my communications promptly. Mitra worked tirelessly to make sure I was represented properly, and I knew she always had my back. I never doubted for 1 minute that Mitra didn't have my best interests in mind. Honesty, Integrity, reliability are all words I would use to describe my experience with Mitra and her crew. I am so grateful for what Mitra did for me, I feel that the end result of the lawsuit was fair and I'm totally satisfied with the outcome. Mitra has my highest recommendation!! She's awesome!!
This review is from a person who hired this attorney.
Hired attorney

I had been getting sexually harassed at work by my employer and did not know where to turn. A friend of mine recommended Mitra Law Group. I contacted Mitra and she walked me through the whole process and followed through on everything she said that she would do. She and her staff put my mind at ease and took care of the situation with little stress on my part. The whole staff was so nice and professional. I am so happy with the quick settlement I got so, I highly recommend them to anyone who has an employment issue.

Truly an outstanding lawyer!!!. The only great thing coming out of my divorce was that my wife's divorce lawyer highly recommended Mitra when I got fired for reporting my boss to OSHA. Mitra is no B.S. and she really puts in the time and always there when you call. Her staff were also amazing and I am very happy with the speedy outcome. I highly recommend her to anyone who has been wrongfully terminated.

I was very impressed with the representation I received. Mitra Shahri is a very bright and charming lawyer. She is very passionate about practice of law and restored my faith in the legal system. Not only she seems to enjoy her work but she appears to take personal joy in going after bad corporations. Although I was initially a bit put off by her directness and her cross examinations, I now realize that she is very selective in the cases she takes. She doesn't sugar code anything and will tell it to you just the way it is. Once I became her client, she was the kindest, most supportive person I have ever met. She made me laugh all the time and I actually had fun during the litigation. She is always available on her cell 24/7 (but you learn not to call her cell unless it can't wait because she answers it, no matter where she is or what time it is). I'm extremely happy with the outcome of my case but can't talk about it because it’s confidential. Let's just say justice was done!

Knowledgeable, caring, funny and fights to the end!

Mitra believed in my cause when no other lawyer would. She was very supportive and encouraged me to go back to school while waiting for the law suit to be over. We finally settled for an amount beyond my expectations and I used the money to buy a house. My family and I feel blessed to have found Mitra and I will forever owe her. She knows her stuff and is not afraid to take on big companies. She is also very funny and makes you laugh and cheers you up everytime you talk to her.