Over 35 years experience, and Hawaii's only board-certified specialist in Family Law. Call for a free, confidential, consultation.

Most clients want to know a little about their lawyer. Here's my story.

I arrived in the Territory of Hawaii in 1959 at the age of three. My dad was an Air Force JAG officer, and after Hawaii we were posted to Washington, D.C., and Sacramento before settling in Honolulu in 1971.

After being admitted to the Hawaii Bar, I was appointed a Deputy Attorney General for the State of Hawaii and spent the next fifteen years in government service. My principal clients were the State's welfare and Medicaid programs, the prisons, and the Child Support Enforcement Agency. My practice included class actions, federal civil rights suits, regulatory enforcement, elder abuse and neglect cases, criminal prosecution, appeals, and legislation. I defended multi-million dollar welfare cases, including one in which I wrote the friend-of-the-court brief for twenty-six states in a successful US Supreme Court appeal. I started the AG's program to bring cases of abuse and neglect of the elderly to Family Court, and drafted the legislation that eventually became Hawaii's Adult Protective Services Act. I shut down unlicensed or substandard day care, retirement homes and youth therapy programs, handled federal court challenges to conditions in our correctional facilities, chased deadbeat dads, and wrote a good deal of the State's child support laws. It was a great job for a young lawyer, and I made the most of it.

In 1995, my good friend Brad Coates offered me a unique opportunity to join the private sector and concentrate in family law. For the next twelve years, I practiced at Coates & Frey, Hawaii's largest family law firm, rising to Senior Counsel. During this time, I handled literally hundreds of divorce cases, and every other type of case known to the Family Court. In 2002, I became the first---and to date, the only---lawyer to be awarded a certificate of specialization in family law by the Hawaii Supreme Court. My certificate was awarded upon completion of a specialty certification program conducted by the National Board of Trial Advocacy, the only organization accredited by the American Bar Association to certify specialists in family law.

Throughout my civilian career in the law, I also served as an Army Reserve officer in various intelligence, command and staff assignments. After the 9/11 attacks, I was called to active duty for about six months here in Hawaii, and my unit was mobilized and deployed to Iraq in 2005-2006. After returning to Hawaii, I retired as a Colonel a few months short of thirty years of commissioned service.

In July 2007, I opened the Law Offices of Thomas D. Farrell (now Farrell & Associates), concentrating on divorce and family law. I also handle national security cases involving the revocation or denial of military or industrial security clearances. Over the years, I've been active in various community service organizations, including Volunteer Legal Services Hawaii. I continue to write and speak on issues of defense and national security.

In my free time, I enjoy reading and the beach, and I have a weakness for vintage MG roadsters. I live in Kalihi Valley with my wife of over twenty years and several well-fed cats. 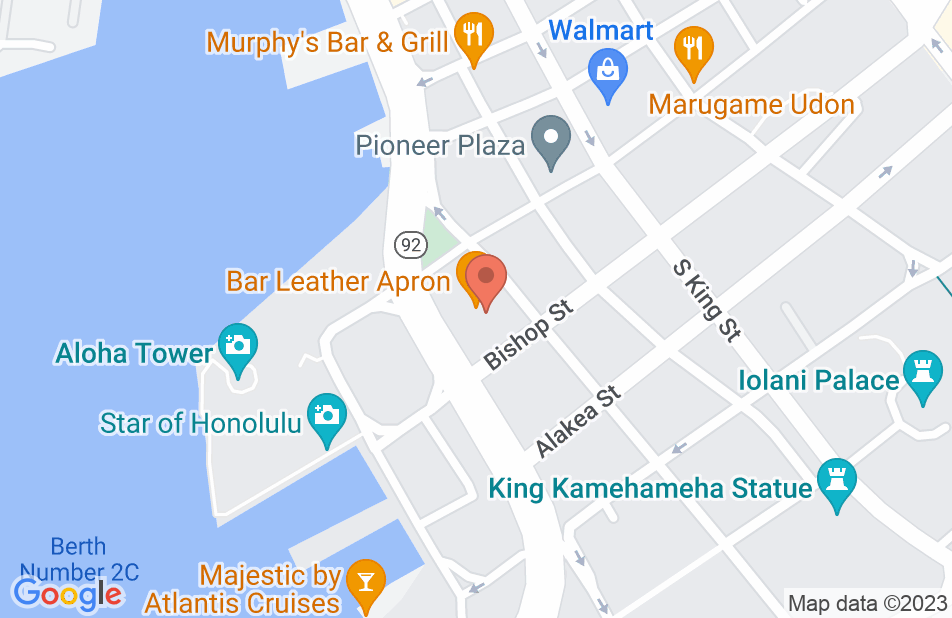 Tom Farrell helped me take the emotion out of my case and helped me make the right decision regarding my custody case. He is straightforward, honest and balanced. I would highly recommend him if you need a great custody lawyer. I am glad I did.
This review is from a person who hired this attorney.
Hired attorney

I can’t say enough about Mr. Farrell!! If you’re looking for someone to tell you it’s going to be ok, and hold your hand through the process, Tom is not for you! If you’re looking for someone to roll up their sleeves, get the job done, and dominate in the courtroom? Tom Farrell is my first choice... All business! Mr. Farrell is no stranger to family law. The first time he speaks, you know you’re in good hands! Worth EVERY penny!!
This review is from a person who hired this attorney.
Hired attorney

No New Clients but was Referred to Another Great lawyer

I reached out to Thomas Farrell's and requested a consultation. Sadly they were not taking any new clients but he highly recommended another Firm and was able to obtain the other. I like that if they can not help they will point you to another attorney.
This review is from a potential client who consulted with this attorney.
Consulted attorney
See all reviews

I endorse this lawyer. Col. Farrell possesses extensive expertise in the area of military law. I completely endorse and thoroughly commend his expertise in this area!

Tom Farrell is one of Hawaii's top Family Law litigators. You will not find a more competent trial attorney and passionate advocate. He has a complete knowledge of Family Law, and his knowledge of Military issues is second to none. Hire Tom if you can get him.