Hirota & Associates, LLLC is devoted exclusively to U.S. immigration and nationality matters. We have the in-depth knowledge to handle even the most complex immigration issues. We can assist you or your business with any immigration issue, including:

We view our work as a mission, not simply a job. We advocate for the administration of just immigration policy and the rights of individual immigrants. In her role as Hawaii Chapter Chair of the American Immigration Lawyers Association (AILA), Maile M. Hirota sought to influence policy that affects the immigrant community. Stella Shimamoto has served as the AILA, Hawaii Chapter Secretary for two years and currently is serving a second term as the AILA Hawaii Chapter Treasurer.

Every year since 2008, Maile’s peers have chosen her for the prestigious Best Lawyers in America publication in the field of immigration law. Hirota & Associates is ranked by US News & World Report in the First Tier of "Best Law Firms" in Hawaii in the field of Immigration Law for 2017. To best serve our clients, we offer legal services in English, Tagalog, Ilocano and Japanese.

Maile began her law practice in Ohio as an associate with Taft, Stettinius & Hollister, a large law firm in Cincinnati.  After practicing immigration law in Ohio for two years, she returned to her family in Hawaii and joined Lynch & Farmer in 1997.  She was named a director of Lynch Ichida Thompson Kim & Hirota in 2002 and left that firm to found Hirota & Associates in 2009. Mailes practice concentrates solely in U.S. Immigration and Nationality law.

Maile maintains a vegetable garden at home and enjoys yoga and spending time with her family, including her husband, 2 daughters and two siamese cats, Fred & Ted.  She is a sports fan, especially of UH basketball and the University of Michigan Wolverines. She enjoys a friendly rivalry in the office with Stella, who graduated from that other Michigan school. 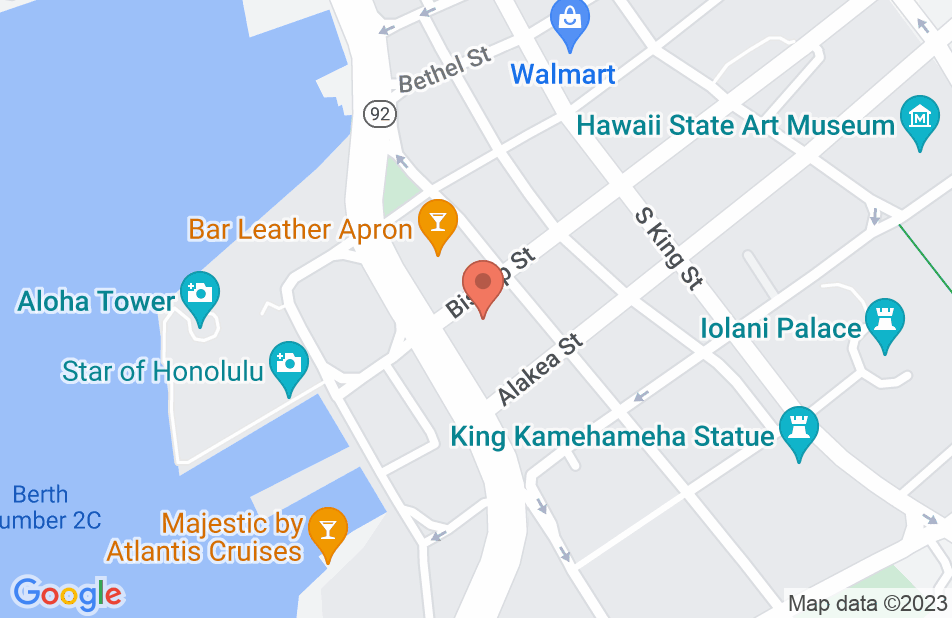 I reached out to Hirota and Associates in December 2015 after receiving a denial for my Green Card application (through marriage). My husband and I had filled out the initial paper work ourselves and had attended the interviews before being denied. I was distraught and terrified when I thought my family would be broken apart but Maile and the team immediately took on my case, working so hard to make sure that would not happen. This team of incredible women didn’t just help me resolve my case; they did it in under a year, for an excellent price and also with care, attention and compassion for myself and my family. Maile is honest, transparent and in constant contact at vital times. Because of Hirota and Associates my family are still together. Mahalo so much for your support Maile and Co.
This review is from a person who hired this attorney.
Hired attorney