We are here to help you with your family law legal problem! Free consultation available.

I am proud of my work as a Family Law attorney.My practice is focused on family law matters, including: Divorce; Paternity; Restraining and Protective Orders; Step-Parent Adoption; Guardianship; CSEA; and CPS matters. In particular, I regularly handle matters related to custody, support, and property division. My prior experiences as a general Civil Litigator as well as my on-going experience as a Mediator give me valuable insight into the family court process. Likewise, my training and experience as a Custody Evaluator and Guardian Ad Litem inform my understanding of custody and visitation issues. I have handled many cases involving members of the military, as well as cases involving parties residing in different states, so that I am current in my understanding and application of the policies and rules related to jurisdiction and venue, including application of the UCCJEA and UIFSA. 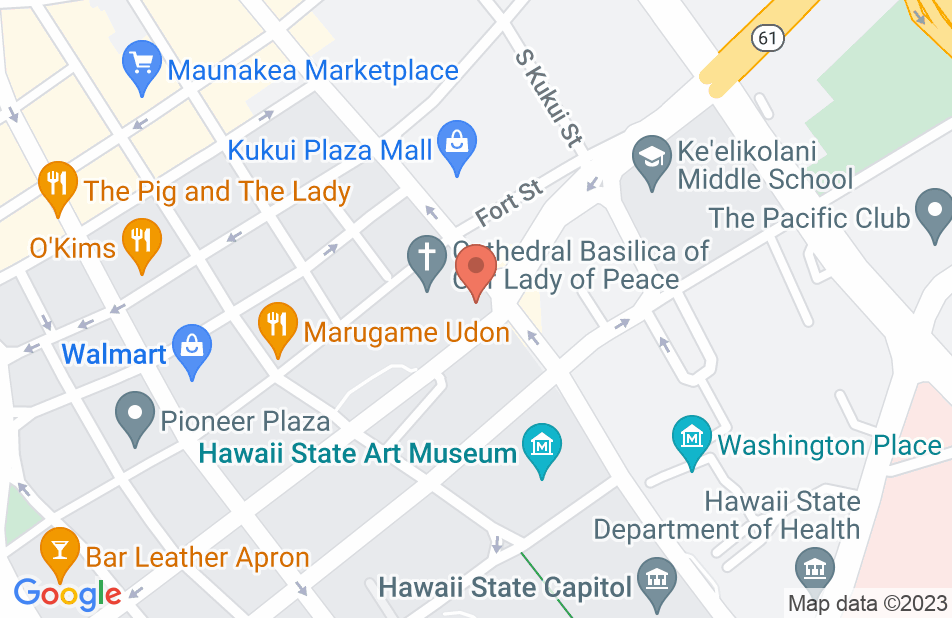 I contacted Justin when I was in need of an attorney and he was exactly what I needed. He not only gave me a fair and equitable retainer fee, he got the results I was looking for in less time than I had personally allocated for when I originally encountered the issue. I was not only satisfied but ecstatic, I would use him for all my issues from here on forward, should I have any.
This review is from a person who hired this attorney.
Hired attorney

I am so grateful for all of the hard work Justin Sturdivant put into my case. He represented me through two child custody trials, a TRO hearing, and a hearing with the Child Support Enforcement Agency. He was well prepared every time we went into court and effectively defended me in each case against four different lawyers hired by my children's father over the span of three years. Through it all Justin remained highly professional, fair, and focused on the facts in each of these cases. Especially when the other side attempted to use various tactics to discredit me as a mother, Justin always restated facts and followed up with evidence pertinent to the argument. Yes, I paid a retainer for each case. I also was aware of the fees that were charged for phone conferences. In order to efficiently use this time I made sure to prepare all of the information that was needed from me ahead of time. Our conversations were always productive which allowed him to be able to represent me as well as he did. In the end, I was awarded both sole legal and physical custody. My childrenʻs father, his wife, and I are now able to co-parent with our children's best interest as priority. Today, every time I send a payment, I send it with MUCH GRATITUDE. Because without the fair, honest, competent representation I received from Justin Sturdivant, I can only imagine how difficult things would've been for my children
This review is from a person who hired this attorney.
Hired attorney

My son and I recently went through the hardest challenges we have experienced. Mr Sturdivant made sure we got everything we asked for from the courts. Thanks to Mr. Sturdivant my son and I are reunited and safely at home. Mr Sturdivant is very skilled in the way he prepares himself and his clients and the way he executes in court. Mr. Sturdivant is also ver knowledgable in the Hawaiian family and child custody law, he even corrected the judge in the law a few times. It was a pleasure working with Mr. Sturdivant. My family and I we're lucky to trust him to see us out of a terrible situation. I absolutely recommend Mr. Sturdivant and his team to deliver excellent law advice and services to those who need it.
This review is from a person who hired this attorney.
Hired attorney

It has brought fairest results me Justin Sturdivant and I am very happy. It has said me, it costed what , but I must not pay more. It was honest always, even account corrected. I was jittery and much worry, but felt confident after I have seen him in court. I worked with other lawyer in his office also and he was good too. I have told my friend to come here too and received great also concerning alimony. I needed assistance at divorce, I did not want, but Mr. Sturdivant has helped me, and now my family is whole again!
This review is from a person who hired this attorney.
Hired attorney
Justin Sturdivant's response: Thank you so much for the opportunity to assist you with your family court matter, and we appreciate your referral. If you have any questions in the future, please give us a call, and we would be happy to help in anyway we can.

Excellent Attorney, would hire him in a heartbeat!

Justin is upfront, honest and no nonsense. He consulted with me on an issue I was hoping to resolve. He gave great advice, was responsive and his staff were so helpful! Unfortunately, my previous attorney got in the way and caused so many problems that I was unable to move forward with Justin. I would hire him in a heartbeat! I was referred by another large firm and honestly, I would just go straight to Justin any time!
This review is from a potential client who consulted with this attorney.
Consulted attorney
Justin Sturdivant's response: Thank you for your positive feedback. We work hard to make sure we are responsive and timely, so it is especially nice to hear that your experience reflected that commitment. I'm always glad to answer questions about family law issues, and enjoy the part of my schedule set aside for consultations. Please let us know if we can do anything to assist you in the future.

A big help when I needed one

I went thru an extremely painful divorce. One I never saw coming, and one I never wanted to happen. Justin was there to guide me and advise me when needed. Always available to see me, or talk on the phone when I had questions. Sad as the situation was, Justin seemed to feel what I was going thru and did a great job of being a friend as well as attorney. His fee was very fair, and I would highly recommend him to anyone dealing with these issues.
This review is from a person who hired this attorney.
Hired attorney

Justin Sturdivant met with me personally and took the time to answer my questions. I felt like he was straight with me, both good and bad, unlike other lawyers I've met with. If I have to go forward with my divorce I'll be going with Mr. Sturdivant.
This review is from a potential client who consulted with this attorney.
Consulted attorney

The worst experience ever

I've retained him through Avvo, and I regret so bad I wish I never did. I've paid my first retainer fee $3500 and most of it is gone for "phone conference".Because his colleague Eric Overton wanted to know about the case to build our relationship more than just a lawyer and a client which I didn't have a problem then. When my $3000 is gone for talking on the phone and there was no progress on the case, he accidentally emailed me saying that I want bunch of work but do not want to pay, because I wanted a payment plan. I feel very betrayed, hurtful, and confused. Do we not pay retainer fee for them to work or just to talk on the phone? I asked them to dismiss my case so I can end any affiliation with them and to move on to another attorney. It's a tragic to me, and I hope no one else have to go through what I had to.
This review is from a person who hired this attorney.
Hired attorney
Justin Sturdivant's response: I'm sorry that you had a negative experience working with my associate attorney. Up until now, I have only received positive review of his work, so that we will look closely at your review, to see how we can improve. There seems to be some confusion as to how our fees were earned, and I would recommend that you refer to the regular monthly detailed billing statements you would have received during the course of this firm's representation of you for further explanation. After reviewing your file, I don't agree with your characterization of our work for you, or the progress we made on your matter, and while I will not discuss the details of your case publicly, I am glad to speak with you privately. In all of my direct dealings with you, I thought that we had good communication and you appeared satisfied with the work we performed-- I wish you had brought your issues to me directly, or communicated to the firm in anyway regarding your dissatisfaction, because I think that we could have resolved it, given the opportunity. In any event, good luck to you, and if there is anything we can do for you in the future, please let me know.

Justin is always well prepared for court hearings and I can always expect an intellectual battle every time we step into the courtroom together. He doesn’t unnecessarily litigate a case unless it’s absolutely necessary. I endorse this attorney.

Mr. Sturdivant's depth of knowledge and perspective are unmatched. He is extremely dedicated to his clients. He is an invaluable asset to any team and an excellent advocate.

Mr. Sturdivant is a very competent and efficient lawyer in all matters related to family law (divorce, separation, paternity, child custody, child support, etc.). He is experienced and extremely knowledgeable and handles his cases expertly. I have worked together with Mr. Sturdivant frequently on cases where issues of family and bankruptcy overlap. I highly recommend Mr. Sturdivant.

I endorse this lawyer. Mr. Sturdivant is a skilled and respected member of the legal community. He is a zealous advocate for the rights and interests of his clients.

A former client of mine moved to Hawaii and needed help with a divorce/child custody matter. I sent her to Justin and he took good care of her. After they were done she sent me a note thanking me for recommending him.