Attorney Trevor S. Potts was born and raised on the island of Oahu in the state of Hawai’i. He has been a San Diego resident for over ten years. He obtained his B.A. in Psychology from the University of San Diego in 2008, and his Juris Doctorate from Thomas Jefferson School of Law in 2014. There, Mr. Potts was on distinguished honor roll and won the CALI Excellence for the Future Award, the Witkin Award, and the Jefferson Medal for Sports Law. He was also the chapter president of the National Lawyers Guild and a member of the Pro Bono Honors Society. Upon graduation, Mr. Potts received his certification from the Center for Law and Social Justice at Thomas Jefferson School of Law.

While attending law school, Mr. Potts had the tremendous opportunity to intern for the San Diego County Public Defender’s Office, the Law Office of Marc Kohnen, Rockwood and Noziska LLP, and the Singelton Law Firm. During his time with the Public Defender, he was able to assist on cases ranging from homicides to drug-related offenses. In his last semester of law school, before obtaining his law license, he successfully drafted and argued a motion to suppress evidence (PC § 1538.5), which eventually lead to dismissal of his client's case.

Attorney Potts’ legal experience began at an early age. His father began his legal career as a criminal defense attorney and has been a civil litigator for over 40 years in Honolulu, Hawai’i. Attorney Potts has experience in criminal cases ranging from misdemeanors to felonies, including DUIs, murders, drug offenses, domestic violence, elder abuse, sex crimes, and firearm offenses.

On his spare time, attorney Potts likes to hang out with his family and explore the outdoors. He loves camping in the Sierra Nevada Mountains and visiting National Parks such as Yosemite, Crater Lake, and Mt. Zion. He is also an avid surfer and snowboarder.

If you or a loved one has been accused of a crime or have suffered an injury or property loss due to the wrongful conduct of another, call TSP Law now at (619) 642-0592. Attorney Trevor S. Potts is available 24/7 to discuss your case. 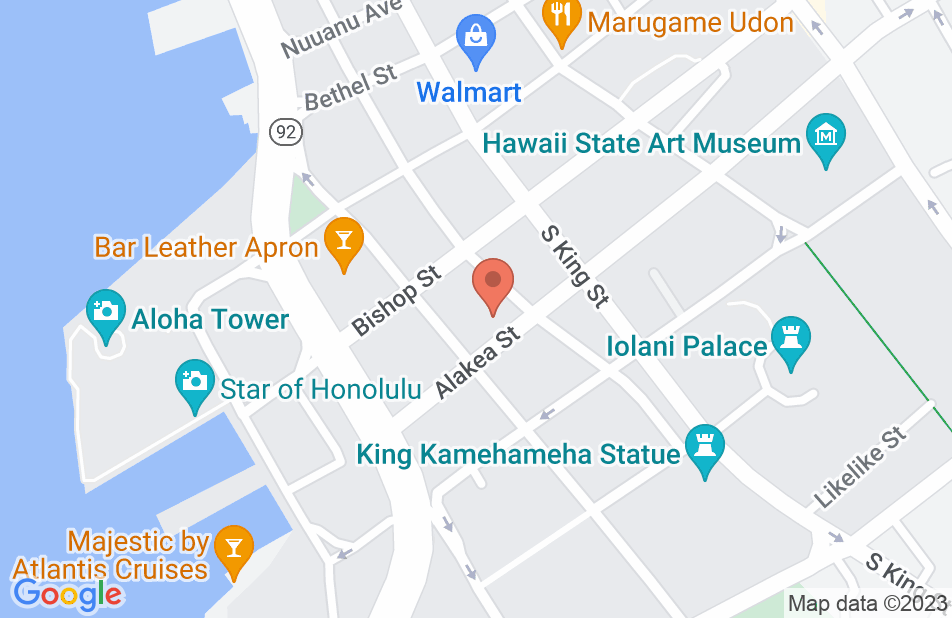 Able to do what others couldn't

I had a 2nd DUI in California a few years ago and had been living abroad. I had a warrant issued for failure to appear in court after my extension to complete the multiple conviction had expired. Trevor Potts had the warrant successfully recalled before I returned to the USA. I then moved to New York and wanted to complete an out of state program to satisfy my probation. I spoke to multiple lawyers who all said that I would need to physically return to California, schedule a meeting with interstate compact, then return to California again for the meeting. This would be two cross country flights and the process would likely take over a month. Trevor Potts was able to successfully get my out of state program approved without my returning to San Diego, saving me hundreds of dollars in flights as well as tons of my time. No other lawyer in California has ever been able to get their client into an out of state DUI program without going through interstate compact—which you have to physically be present for. I cannot say how happy I was with the result and how grateful I was of Mr. Potts determination. He was able to accomplish what all other lawyers said was not possible in my case.
This review is from a person who hired this attorney.
Hired attorney

Earlier this year (Spring 2016) I had found myself in a legal situation charged with several criminal offenses. As soon as we got a hold of Trevor he gave my family and I some peace of mind. He is incredibly knowledgeable, and good at what he does. He vigorously fought for me in my case until the very end, getting me the most desirable out come out of my situation, and I could not be any happier. He is very honest, hard working, and truly cared about me and getting the best outcome for my case. He guided me through the whole process, and answered any and every single question that I had. This was truly a learning experience and having gone through it I recommend Trevor Potts to anyone that is facing any kind of criminal charges.
This review is from a person who hired this attorney.
Hired attorney

Attorney Potts was recommended to me and I am highly recommending him to anyone. He is very likeable has a way of calming the client, even in a highly charged emotional situation. He takes a complex legal situation and explains it in no-nonsense easy to understand language. He doesn't sugar coat or exaggerate. You know where you stand legally. Obviously he respects the law and you, his client. He makes you feel like you are the most important client he has. He gets back to you by text, phone or email right away and he is very accessible. He's confident, but not smug. None of the nasty attorney jokes apply to him. You know you are in good hands right away. He handled our case with absolute professionalism and personal service. He's very respected and got great results. I highly recommend him to everyone and will definitely use him again.
This review is from a person who hired this attorney.
Hired attorney

Trust Worthy, dedicated no nonsense get it done!

Trust worthy, dedicated no nonsense get it done that’s Trevor Potts. He has been very patient with me and my lack of knowledge of the legal field and has taken the time to explain my situation and make sure that I understand everything that is going on with my case. On top of that he made things happen in my favor and was able to resolve the case in a timely manner. I can’t recommend him enough!
This review is from a potential client who consulted with this attorney.
Consulted attorney

These days finding those three words when picking a lawyer is like hoping to win the lottery, chances are slim to none. However, with Trevor we got those three words and more. Trevor has gone completely above and beyond to make sure we felt at ease with our situation, and he will fight continuously for you to get the best possible outcome. Trevor treats his clients with complete respect; he listens and provides the best possible feedback without sugar coating anything. He is definitely a great lawyer and worth having on your side!
This review is from a person who hired this attorney.
Hired attorney

You can trust this attorney to do his best for you.

Awesome attorney. Mr. Potts is incredibly knowledgeable and accommodating! He was very prompt in all correspondence and kept me informed every step of the way. He made me feel very valued, respected and represented at his fullest capability!
This review is from a person who hired this attorney.
Hired attorney

Trevor Potts is a trustworthy attorney who puts his clients first and relentlessly fights for their rights.

Trevor Potts is an excellent attorney who works energetically and diligently to protect his clients rights. He has demonstrated great insight and skill in the cases we have worked on together and I would highly recommend him to handle any type of criminal matter.

Trevor is a bright, hard-working, and dedicated advocate for his clients. I have enjoyed working alongside him on a handful of cases and look forward to working with him again in the future.

I endorse this lawyer. I found Trevor to be diligent, thoughtful and a quick study. He also demonstrated good client control and compassion. We had a difficult matter that he was able to resolve favorably.

Trevor Potts is a great attorney who really cares about his clients. He is passionate, ethical, determined, and respected. He will always do what is in the best interests of his clients.

Michael Hernandez, Criminal defense Attorney on May 12, 2016
Relationship: Worked together on matter

I have had the pleasure of working with Trevor Potts on several cases over the past 6 months, and I have been greatly impressed with his skills. His attention to detail and his commitment to his clients is second to none, and his presence in court is outstanding. Trevor's clients trust him, and it is easy to understand why -- he puts his clients' interests first. I highly endorse Trevor Potts.

Mr. Potts is a great attorney. I have seen how much he cares about his clients and how hard he works to achieve the best result in every case.

I endorse this attorney for several reasons. As a counselor and legal practitioner, Mr. Potts is an extremely effective advocate. He has proven himself as a great attorney who employs his legal knowledge and defense skills to zealously defend his clients. You can expect the utmost treatment from Counselor Potts' services. This attorney will resolve your case effectively and work diligently for the most positive outcome.

Mr. Potts is a fantastic attorney who cares a great deal for his clients. I have trusted him with a number of cases and he has achieved tremendous results and feedback from my own clients. I wish him nothing but continued success in his career.

I endorse this lawyer. Trevor has demonstrated a strong ability to use the logic and reasoning one would expect from an excellent lawyer. He has candor and courtesy about him that is refreshing, but will not allow opposing counsel to push him around. He puts his clients ahead of all else and really cares about making sure they understand the matter and are comfortable while he's engaged. I've truly enjoyed the time spent working with Trevor and look forward to learning from him for years to come.

I endorse Trevor. He is a brilliant litigator who is always poised, passionate, and persuasive in the courtroom. In short, he's a fantastic attorney. But as good as he is as an attorney, he's an even better person. He truly cares about the people he represents, and it shows in everything he does. It is because of this that Trevor is a highly regarded member of the local legal community - in both criminal defense and civil litigation circles. If you need a great attorney who will fight like no other to protect your interests, then look no further.

Mr. Potts provides his clients with zealous advocacy that is rarely matched by other attorneys in his community. He will fight for his clients rights and will not stop until justice is served. I highly recommend Mr. Potts to anyone looking for top notch criminal defense.