Eloise Kelsey’s practice now regularly includes the most serious allegations including strike offenses, sex crimes and gang allegations.  And while every case is fact dependent, Ms. Kelsey is proud of her trial results which frequently include not guilty verdicts to some or all charges.  If you are looking for someone to assist you through the stress of a criminal charge with patience and compassion, but without judgment, while still passionately advocating for you and your rights in court, look no further.

Ms. Kelsey was born and raised in Merced County.  She is the daughter of a farming and ranching family which has been in operation since the 1850s.

After graduating from Merced High School in 1999, she attended Saint Mary's College of California.  She received a bachelor's degree in Environmental Studies in 2003.   She then spent time working as a Constituent Service Representative for Congressman Doug Ose (retired) in Sacramento focusing on the areas of immigration and social security.  She later returned to Merced and worked with the USDA through a subcontractor.  She attended law school at San Joaquin College of Law in Clovis, CA. She graduated and passed the bar in 2010.

Following several years at the Merced County Public Defender's Office, where Ms. Kelsey handled hundreds of cases including misdemeanors, felonies and juvenile delinquency, Ms. Kelsey left to begin a private practice.  Since 2014, Ms. Kelsey has been the proud owner and partner in the Law Offices of Kelsey & Ramirez, LLP.

Since 2014, Ms. Kelsey's experience and passion for criminal defense has grown.  She has now represented multiple clients on charges as serious as 1st Degree Murder.  In November 2017, Ms. Kelsey defended a Special Circumstance Homicide case during a 5 week trial. 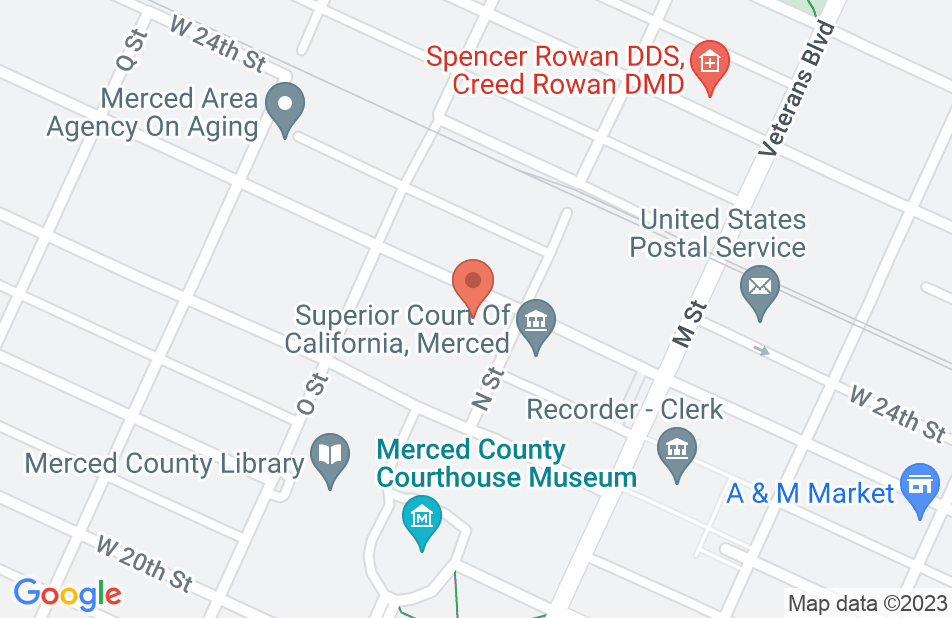 Kelsey was interested in my best interest and was my quarterback calling plays as she seen them I have now known her for 3 years and we worked hard together in getting my life back. I highly recommend Kelsey to represent anyone that wants a true advocate.
This review is from a person who hired this attorney.
Hired attorney

Ms Kelsey was really professional was able to have results with in hours of our first conversation she was able to gives us peace of mind answer in this horrible time of our lives. Ms Kelsey charge a reasonable retainer my family and I are graceful
This review is from a person who hired this attorney.
Hired attorney

Amazing at what she does!

Eloise is my go to, me and my husband has used her multiple times And she does her best for you!! I highly recommend her she’s amazing at what she does and very very professional!!!
This review is from a person who hired this attorney.
Hired attorney

Eloise is a rare, yet highly viable commodity in the field of criminal defense. I'm truly blessed and honored to have Mrs. Kelsey-Souders represent my case as a replacement for another defense lawyer and she managed to gain more of my trust in less time than the other attorney. She was dynamic in walking me through all of the aspects of my case. As a trial attorney she exudes confidence and professionalism. Eloise was of astronomical value to the defense of my case. She addressed all of the inconsistencies and presented a nothing less than phenomenal closing statement resulting in a favorable unanimous not-guilty verdict preventing me from spending a lengthy amount of years in prison. Furthermore when it comes to looking for or needing representation for a criminal case Eloise Kelsey Souders would be my top and only choice hands down!!
This review is from a person who hired this attorney.
Hired attorney

I Admire That She Has Faith In My Husband & She's Always There When We Need Her. Thank You So Much

Ms. Souders is without question one of the most dedicated, knowledgeable, and highly skilled attorneys I've ever had the pleasure of knowing. She is also truly kind, genuinely invested in her cases, and possesses a rare capacity for understanding and empathizing with her clients in their time of crisis. I can't imagine what I would have done without her representing me, but I am certain that no one else could have tried harder nor accomplished more than she did. She was zealous both in her advocacy of my innocence in my case and in her counsel of me as my attorney, but she also regularly inquired and expressed concern about my mental/emotional wellbeing throughout what was a horribly tumultuous and traumatic ordeal. She was always honest with me about what she interpreted to be the strongest and weakest portions of my case, was eager to share her plans for my defense and welcomed my input and assistance as she was constructing and adapting her strategies while the pre-trial portion of the case continued to drag on. Despite her having displayed a high degree of professionalism in maintaining a reasonable emotional distance from me as her client, I came to view her as much more than the advocate of my defense - I considered her an ally, a confidant, a counselor, and a friend. I highly recommend anyone charged with a crime in Merced County seek out her services. You won't be disappointed.

Ellie is a great trial lawyer. A compassionate and knowledgeable advocate for her clients. I recommend Ellie to anybody looking for a criminal defense attorney.

I endorse this lawyer. Eloise Kelsey is a fantastic criminal trial attorney. She is up on current law. She is well liked in the legal community, and she has an excellent presence before a jury.