Myron Moskovitz served as law clerk to Justice Raymond E. Peters of the California Supreme Court. He is the author of Winning An Appeal (Carolina Academic Press, 4th ed.) and Moskovitz On Appeal (LexisNexis, 2015). He has handled and consulted on many appeals, both in state and federal courts. Although appellate courts reverse in civil cases only about 20% of the time, he has won reversals in more than 70% of his civil cases in which he represented appellants.

He is Professor of Law Emeritus at Golden Gate University, where he taught Constitutional Law and Advanced Appellate Advocacy. He also directed the Appellate Advocacy Institute, where he hosted moot courts for lawyers with cases pending in appellate courts. Professor Moskovitz received his J.D. from Boalt Hall, where he was on Law Review and received the Order of the Coif.

He is now Legal Director of Moskovitz Appellate Team. See website at MoskovitzAppellateTeam.com. The Team includes former appellate judges, both state and federal, as well as former appellate law clerks. These lawyers have an insider’s view of how appellate courts will see your case.

The Team provides representation, evaluation, consultation, and moot courts – for writs and appeals, state and federal.

To discuss your options for appeals or writs, contact Moskovitz at 510-384-0354 or [email protected] 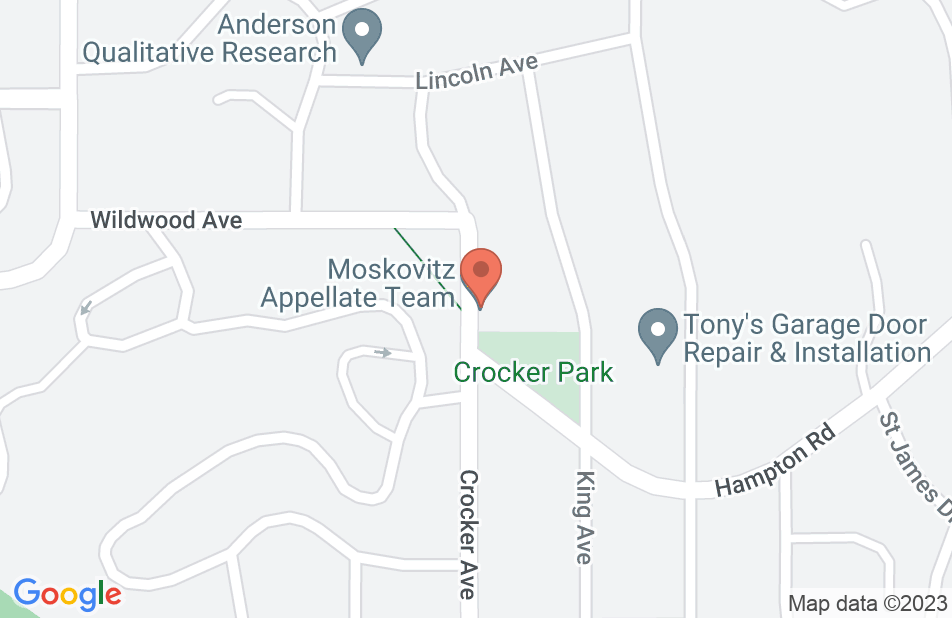 Not yet reviewed
Review Myron Moskovitz

I could not endorse any other attorney any more than Myron. He was my professor, has been my mentor and an excellent friend. His legal mind is hall of fame worthy for our/his generation.

Myron is an excellent appellate lawyer, and in general, a litigator nonpareil. I have worked with Myron since 1995, and recommend him without reserve.